From Palme d'Or to Golden Globe: 70 Years of a Common Passion for Film

by Ana Maria Bahiana May 16, 2017
Share on FacebookShare on TwitterShare on PinterestCopy URL 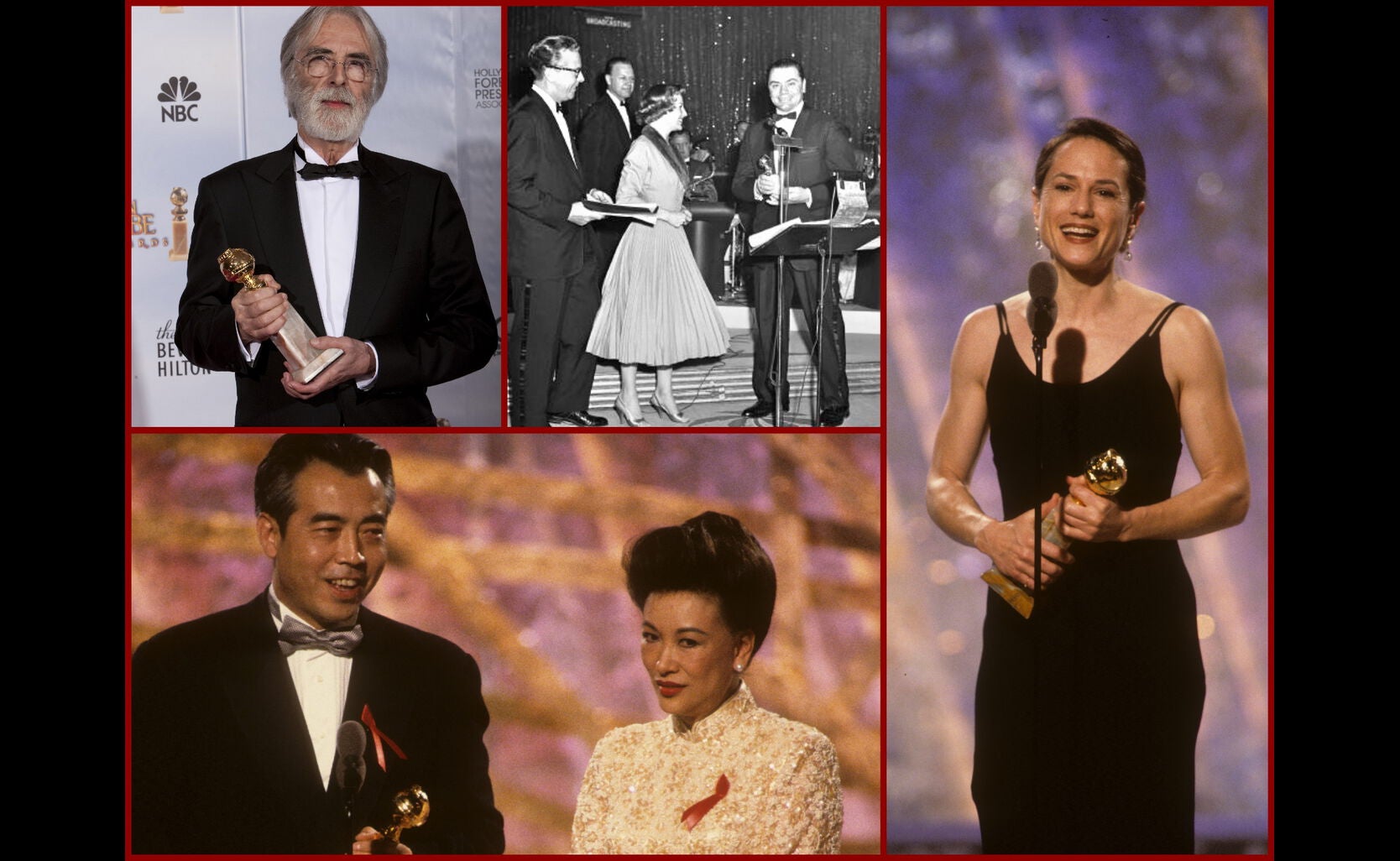 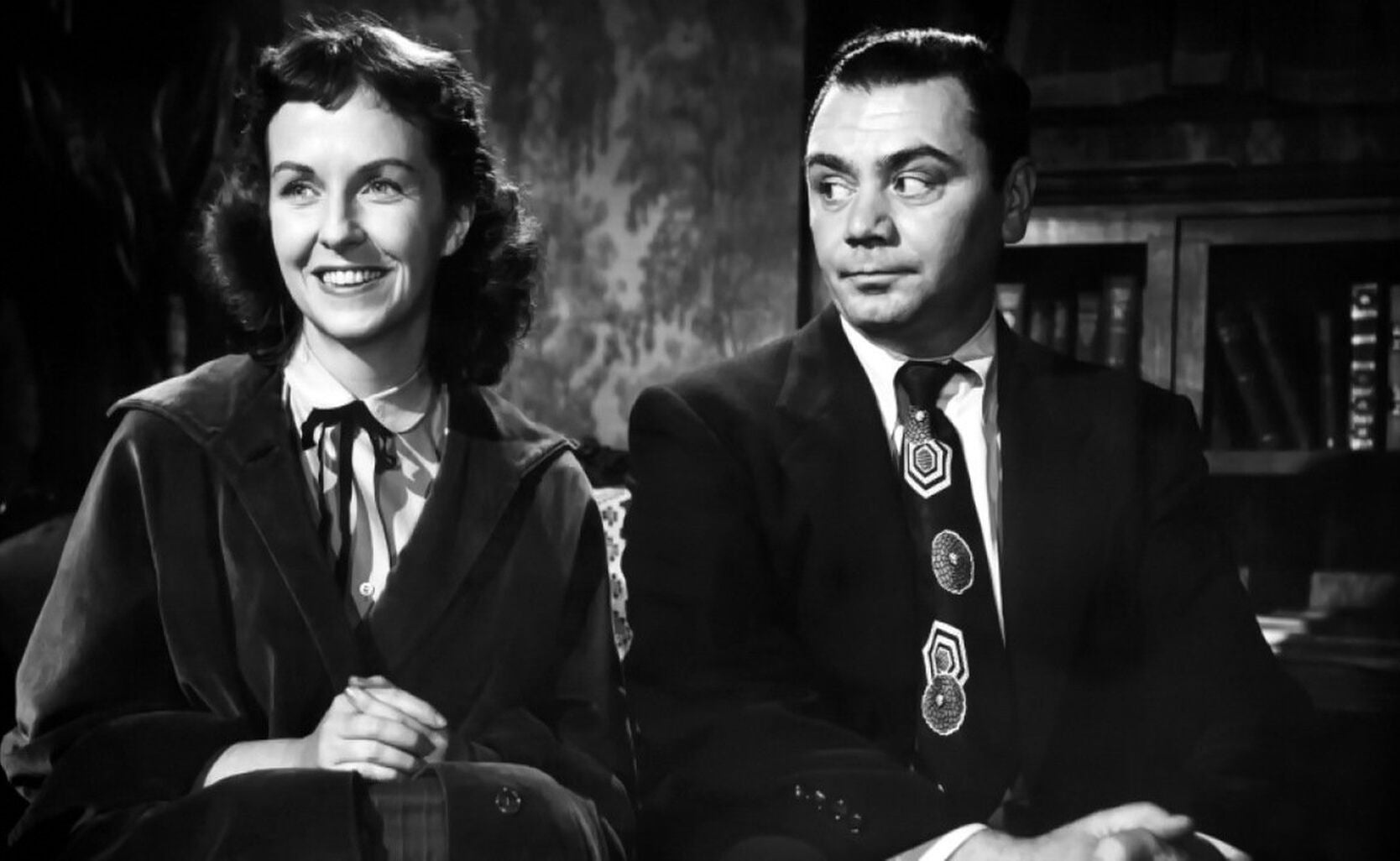 Marty, dir. Delbert Mann, 1955. Winner of the Palme D'Or at the first Cannes Film Festival. Ernest Borgnine received his first nomination and won a Golden Globe for his performance as a lonely middle aged butcher who finds love when everything seems to conspire against it. 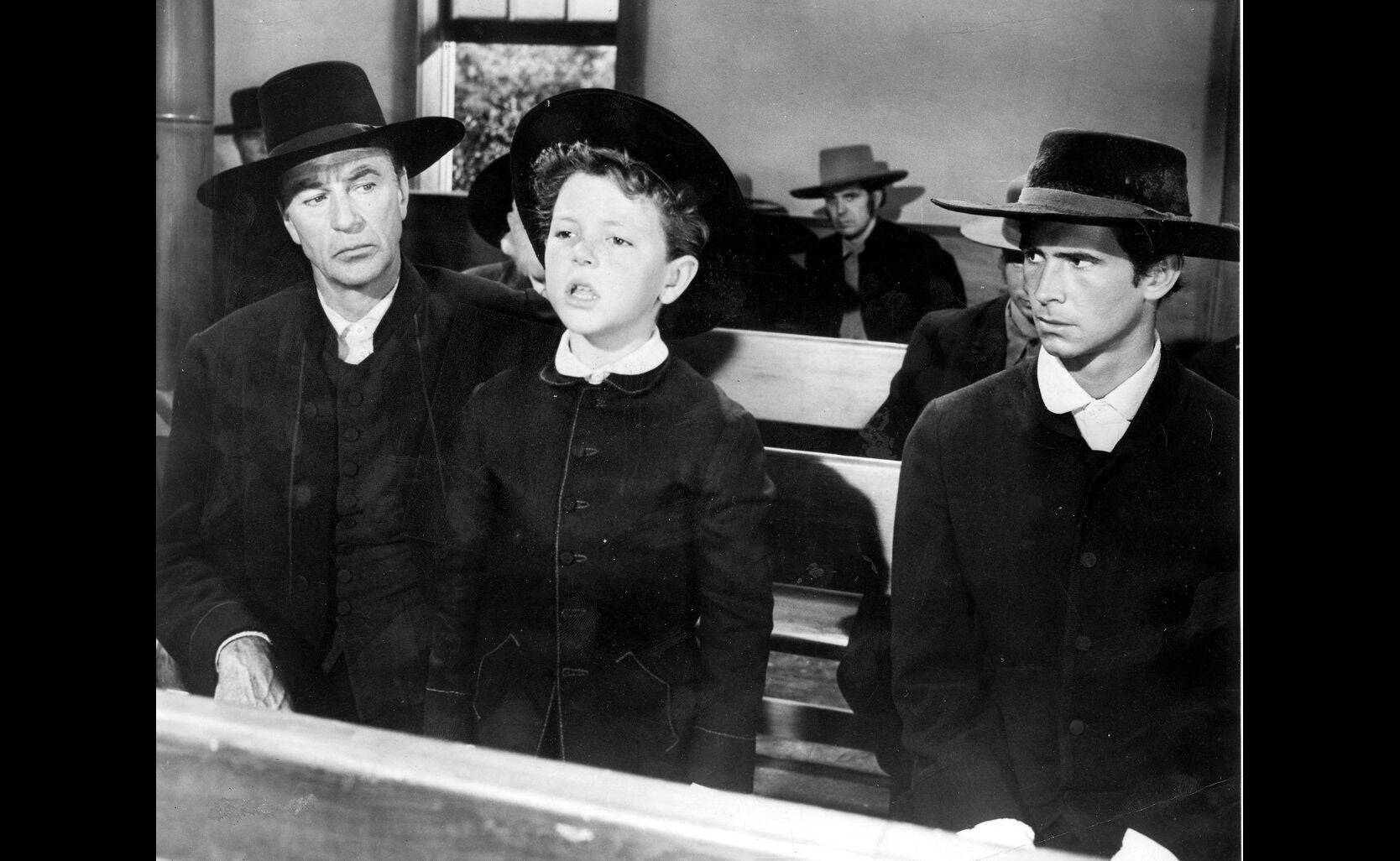 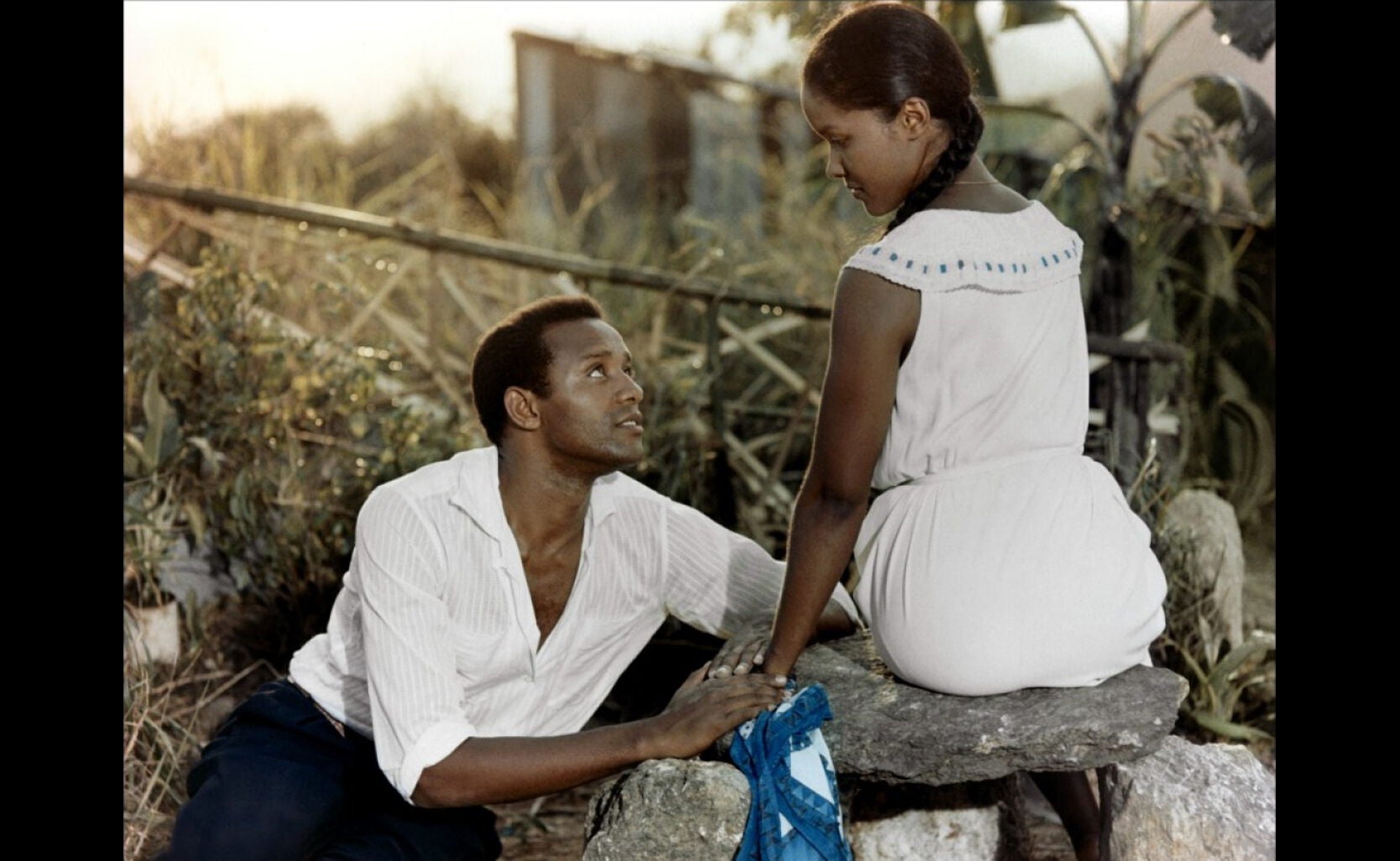 Black Orpheus (Orfeu Negro), dir. Marcel Camus, 1959. Both a lyrical retelling of the Orpheus and Eurydice myth and a valentine to Rio de Janeiro, Black Orpheus featured Brazilian first-time actor (and ex-soccer player) Breno Mello as Orpheus and US actress Marpessa Dawn as Eurydice. Adapted from a hit stage play by Brazilian poet/playwright/diplomat Vinicius de Moraes, the French-Brazilian co-production featured some of the most beautiful songs from the blooming bossa nova movement and won both the Palme D'Or and our Samuel Goldwyn International Award for Best Foreign Film. 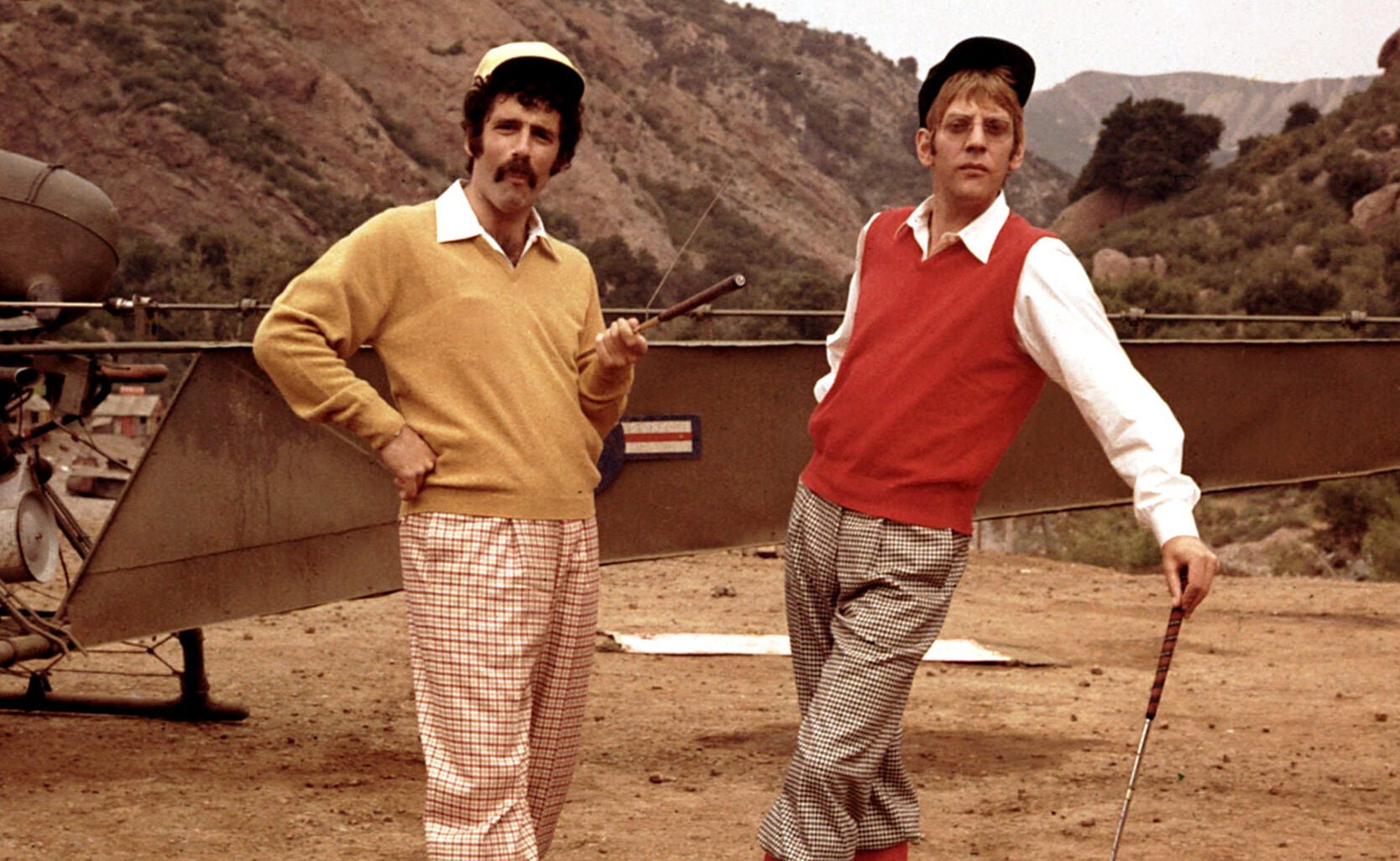 M*A*S*H, dir. Robert Altman, 1970.  One can tell the ebbs and flows of international filmmaking by the passions on the Croisette. Cannes started out enamored of the last glimmers of classic Hollywood, embraced the new European cinema - Italian neorealism, French nouvelle vague, Britain's hip young iconoclasts - in the 1960s. And, as the 1970s rolled in, fell deeply in love with the American filmmakers who had seen, adored, deconstructed and applied European principles to their own needs and vision. M*A*S*H marks the start of this love affair. Shot at the back of the back of the 20th Century Fox backlot  (and the "wilderness'" of the Malibu Creek State Park) by upstart Robert Altman, the furiously funny dismantling of the"noble war" concept took the Palme and received six Golden Globe nominations - director, actors Elliot Gould and Donald Sutherland, actress Sally Kellerman, screenplay (by Ring Lardner Jr. , one of the "Hollywood Ten" of the McCarthy witchhunt) and film/comedy- and converted the big one: best motion picture, comedy or musical. 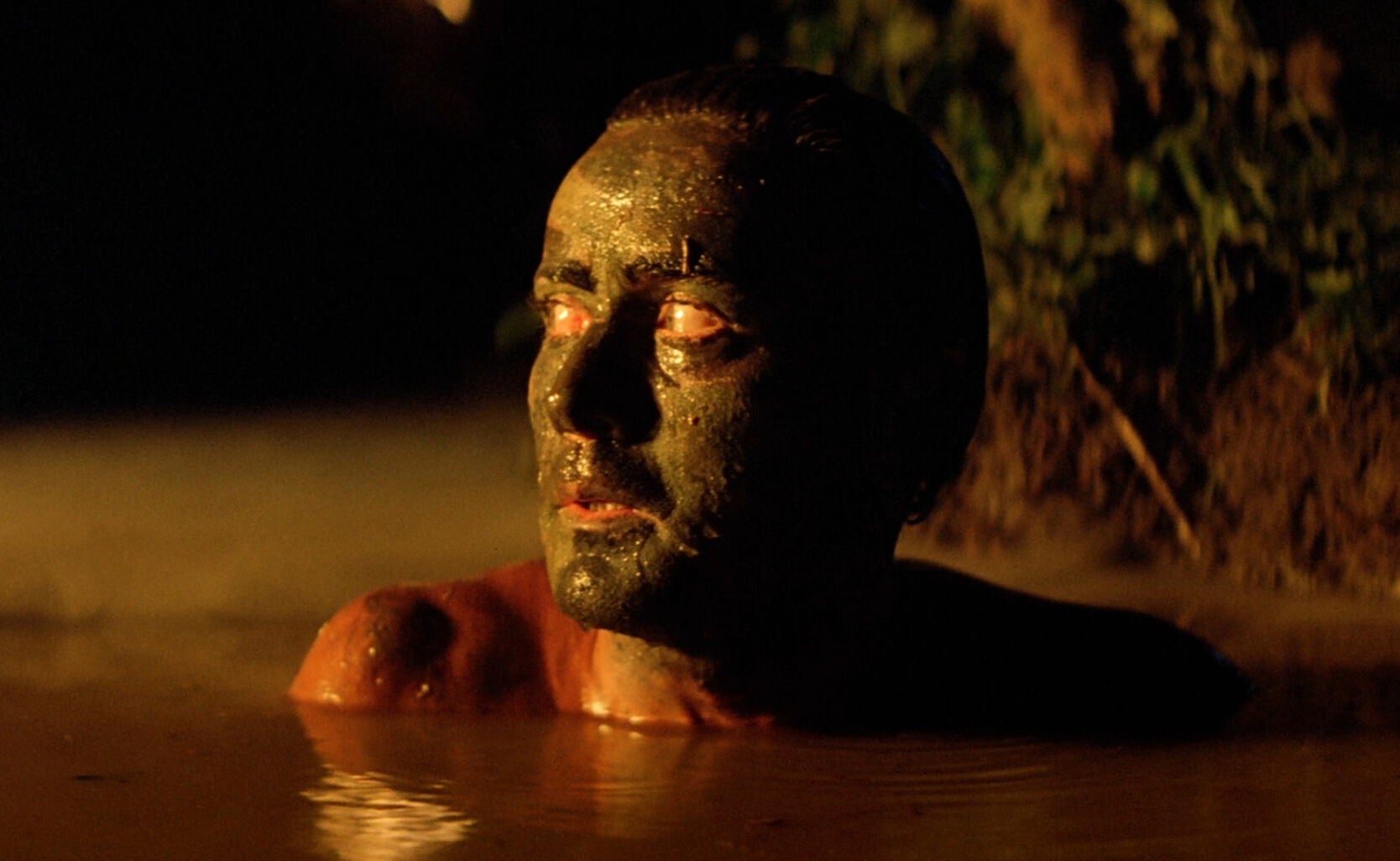 Apocalypse Now, dir. Francis Ford Coppola, 1979. Cannes' love affair with the New Hollywood continues- Francis Ford Coppola, whose The Conversation had already taken the Palme home in 1974 (and was nominated for four Globes), wins again with his fierce and operatic version of Joseph Conrad's Heart of Darkness. And the Globes followed suit with four nominations and three wins: best supporting actor for Robert Duvall, best director for Coppola and best score for Carmine Coppola, aka Francis' dad. 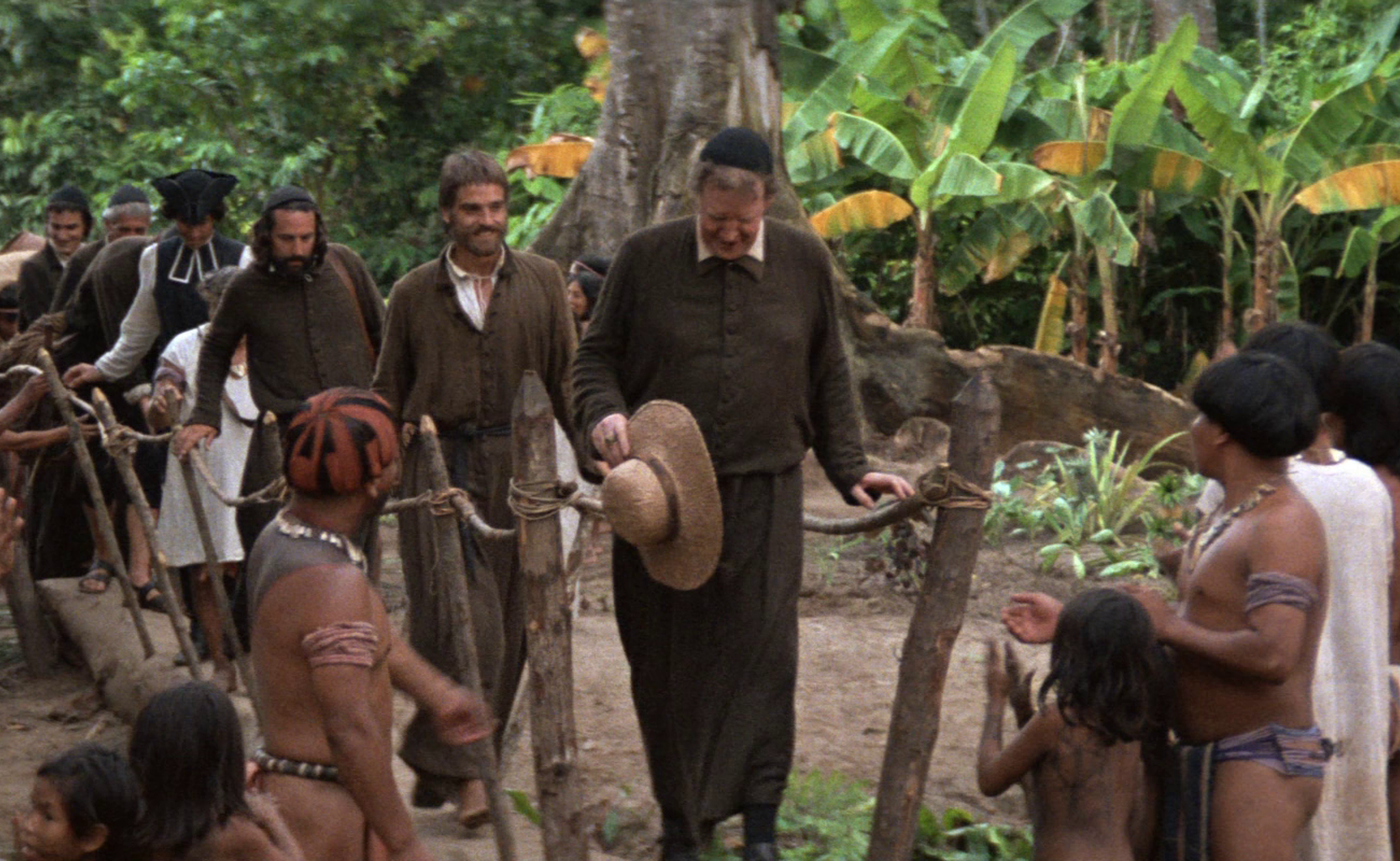 The Mission, dir. Roland Joffé, 1986. Fresh from the critical and popular sucess of his first feature film, The Killing Fields (a Golden Globe winner that had received six nominations), Roland Joffé turns his attention from 20th century Southeast Asia to 18th century South America, where indigenous populations are at the mercy of the two superpowers of the age, Spain and Portugal. A magnifcent score by Ennio Morricone and top performances by a stellar cast sweep the Palme and the Globes - five nominations and two wins, best score and best screenplay for Robert Bolt. 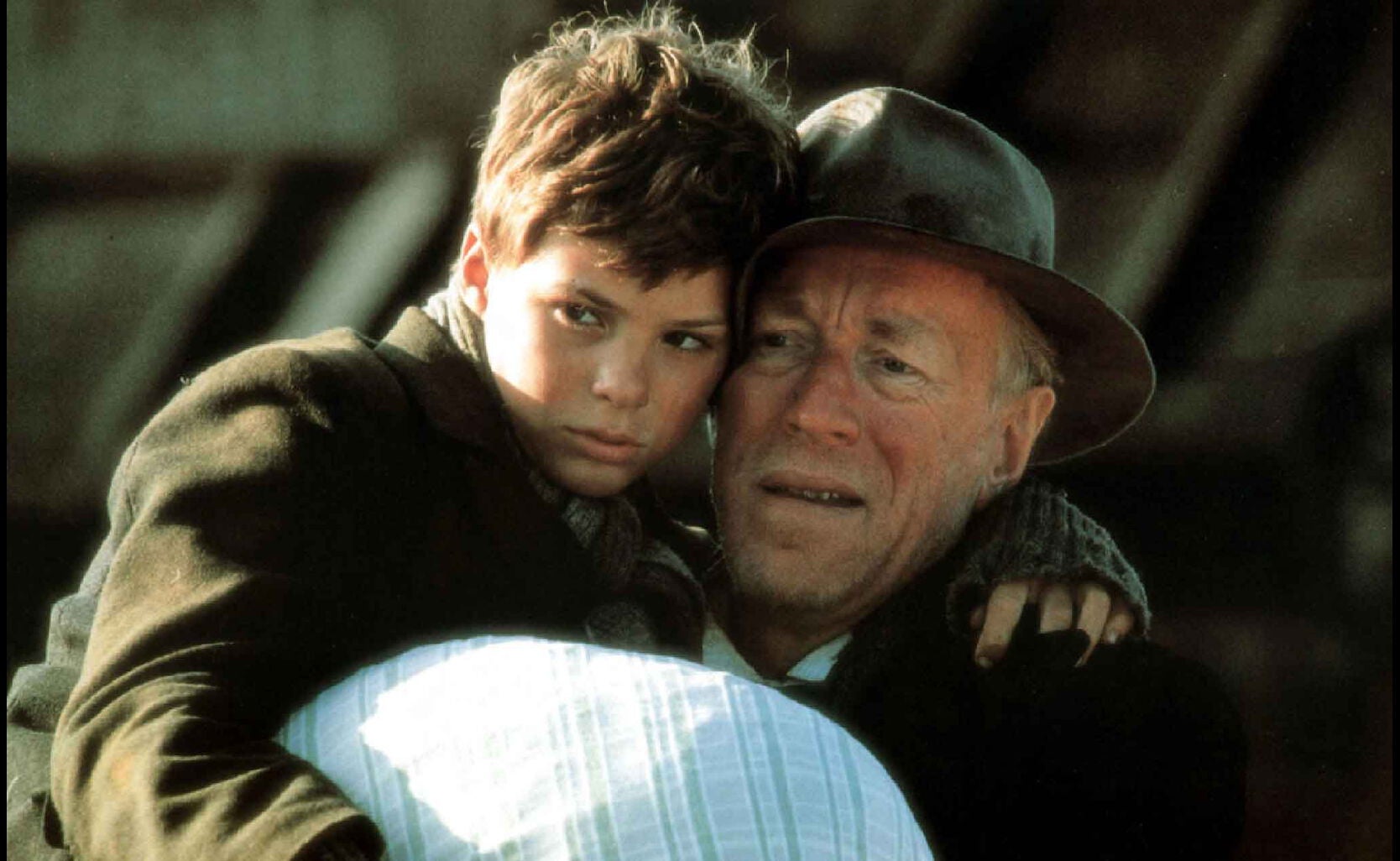 Pelle the Conqueror (Pelle erobreren), dir. Bille August, 1987. The breakthrough film of Danish director Bille August brings to light the never-ending plight of immigrants everywhere - including 19th century Swedish peasants looking for a new life in Denmark, only to be shunned and abused. A spectacular performance by Max Von Sydow anchors the drama, winner of both Palme D'or and Best Foreign Film Golden Globe. 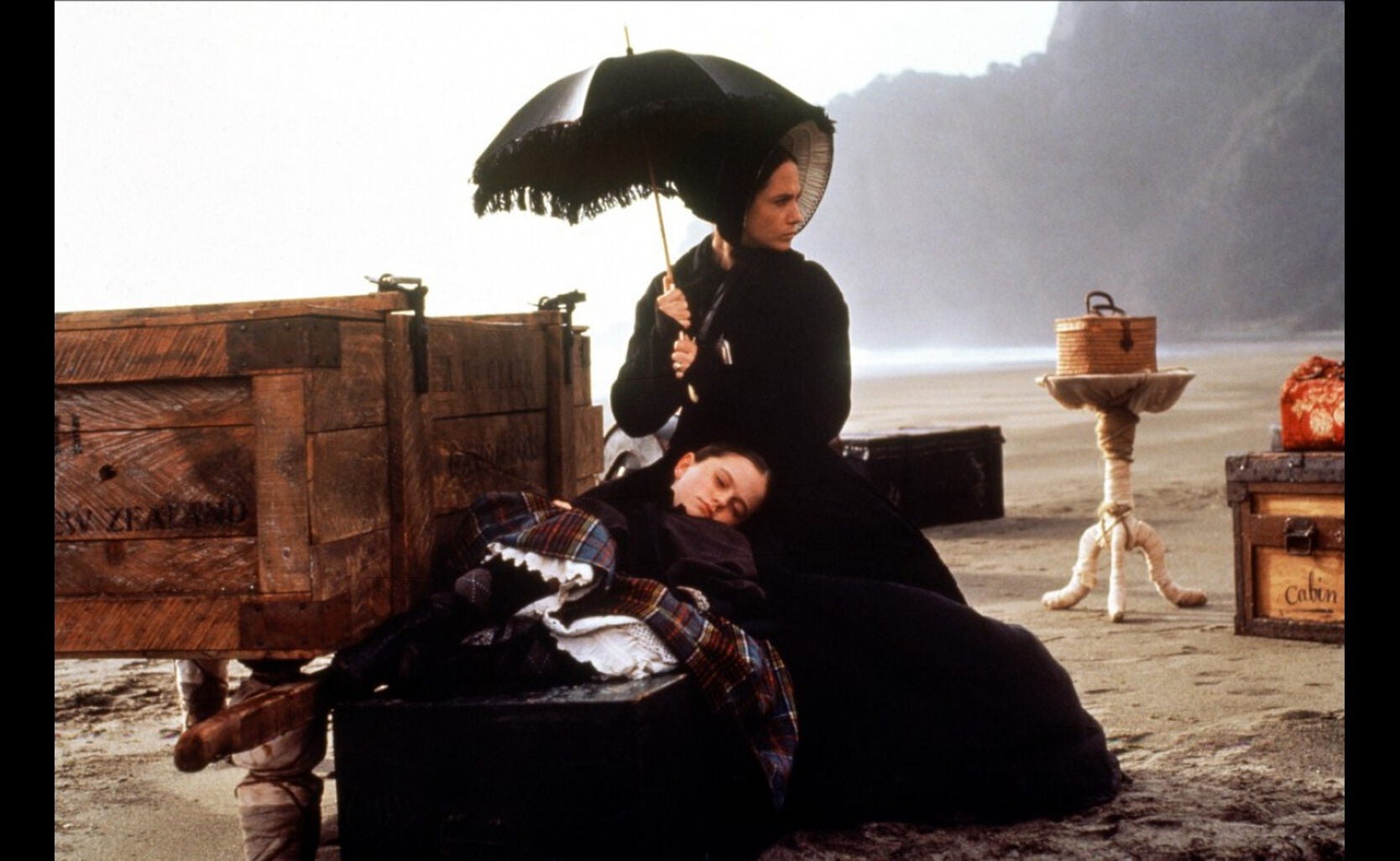 The Piano, dir. Jane Campion, 1993. It took 38 years, but a woman director finally took the coveted Palme D'Or - Newzealander Jane Campion left her mark on the Croisette directing her own screenplay about a mute woman sent to Australia in the 19th century for an arranged marriage, in the company of her daughter and a prized piano, only to find love, lust and a whole new life elsewhere Down Under. The Piano received six Golden Globe nominations- including for newcomer 9-year-old Anna Paquin, who went on to further glories - and converted one: best performance by an actress for Holly Hunter. 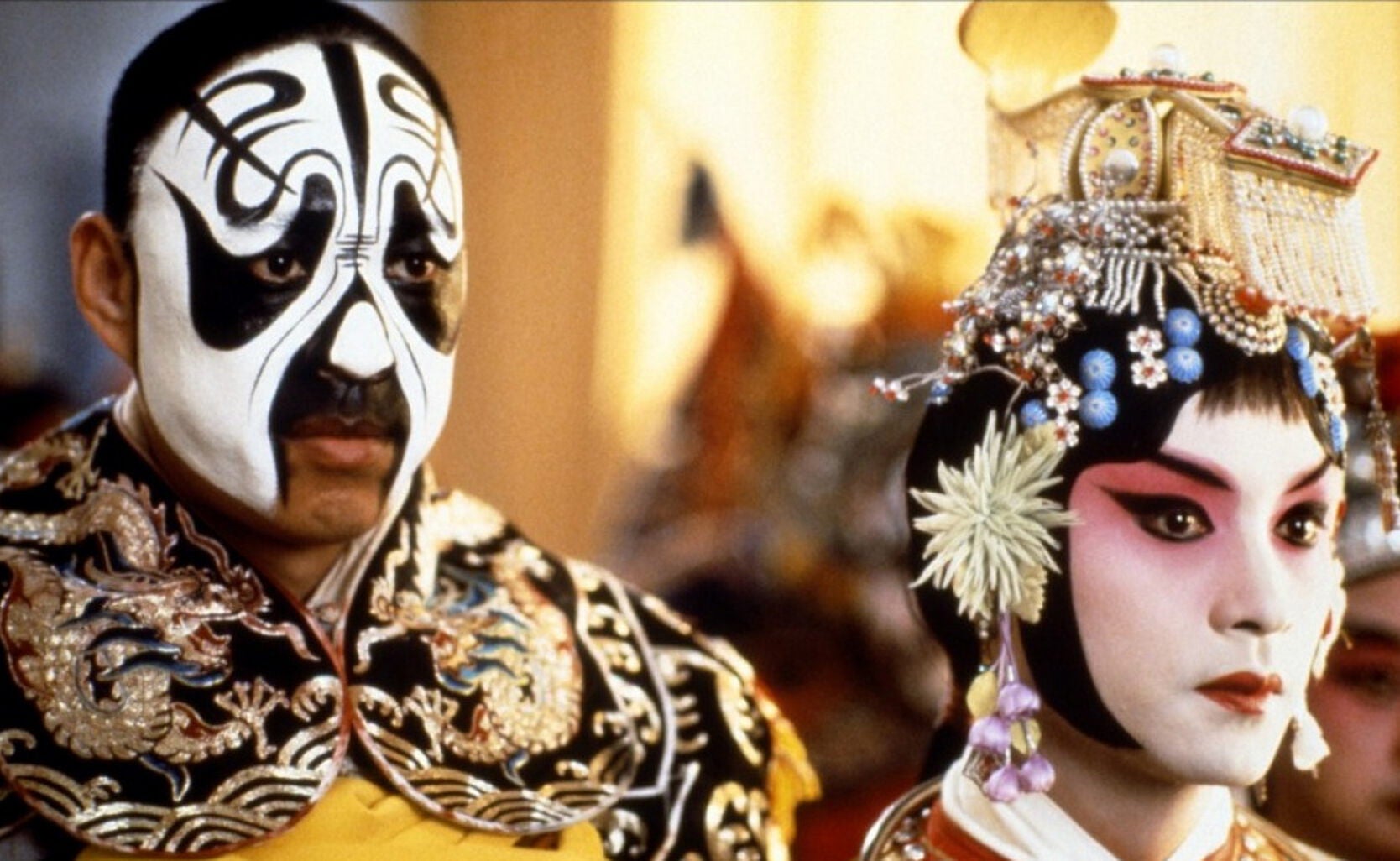 Farewell My Concubine (Ba wang bie ji ), dir. Chen Kaige, 1993. Two men meet at the Beijing Opera - one, playing a woman, as tradition would have it. Their deeply layered relationship won the Palme d'Or and went on to nab Hong Kong's first and only Golden Globe as Best Foreign Language Motion Picture. 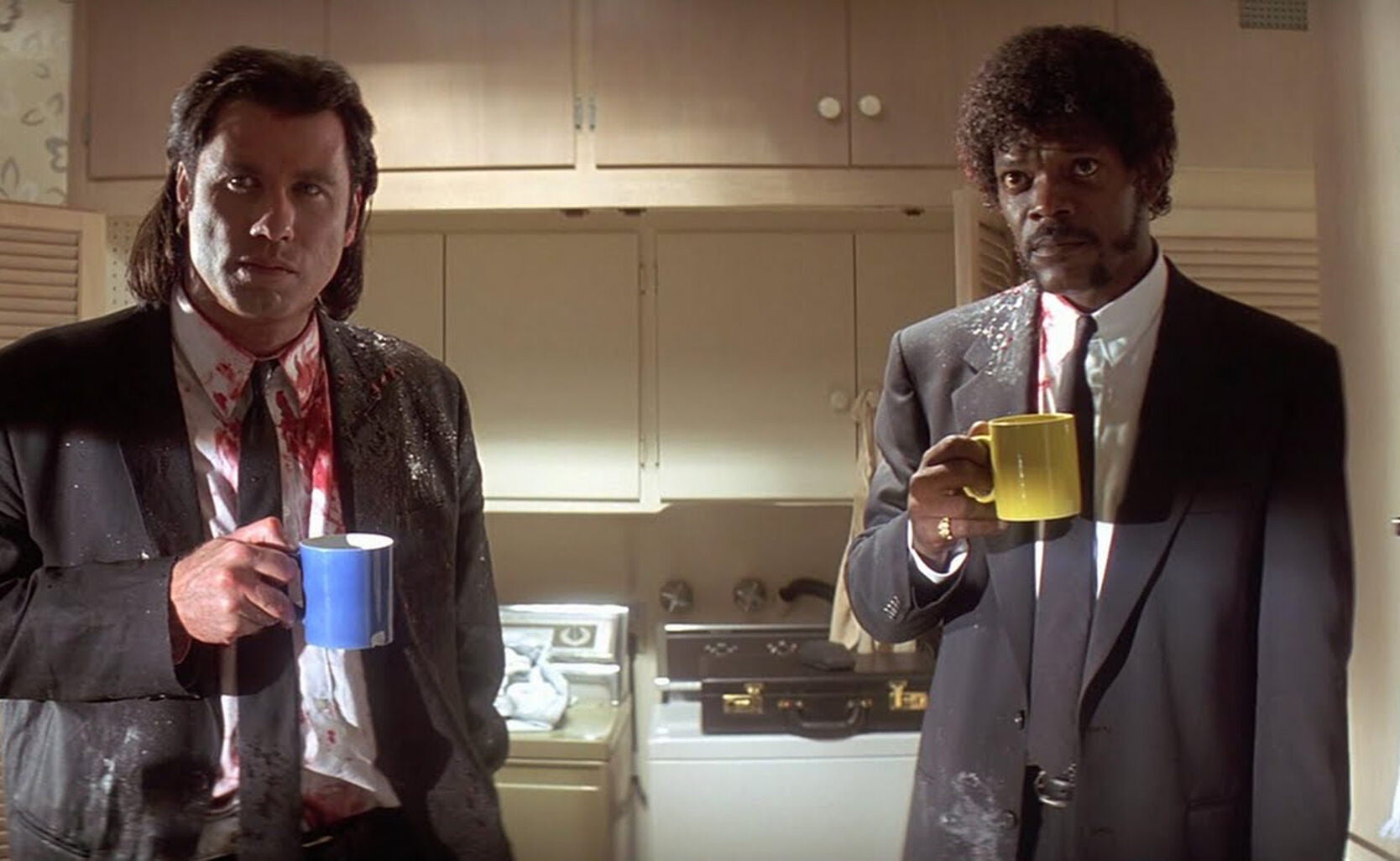 Pulp Fiction, dir. Quentin Tarantino, 1994. In the 1990s Cannes fell in love again with American filmmakers- this time, the indie generation: David Lynch, Steve Soderbergh, the Coen brothers... and, of course, Quentin Tarantino. If the Croisette had failed to include Reservoir Dogs in its gaze, Pulp Fiction compensated its absence with a vengence- it was the movie that everyone HAD to see and discuss, and overnight launched Tarantino's career and reinvented John Travolta's. Pulp Fiction landed at the Globes with the same blazing fury, receiving six nominations and converting one - Tarantino's, for best screenplay. It was the beginning of a great relantionship that would win him seven nominations and two Golden Globes. 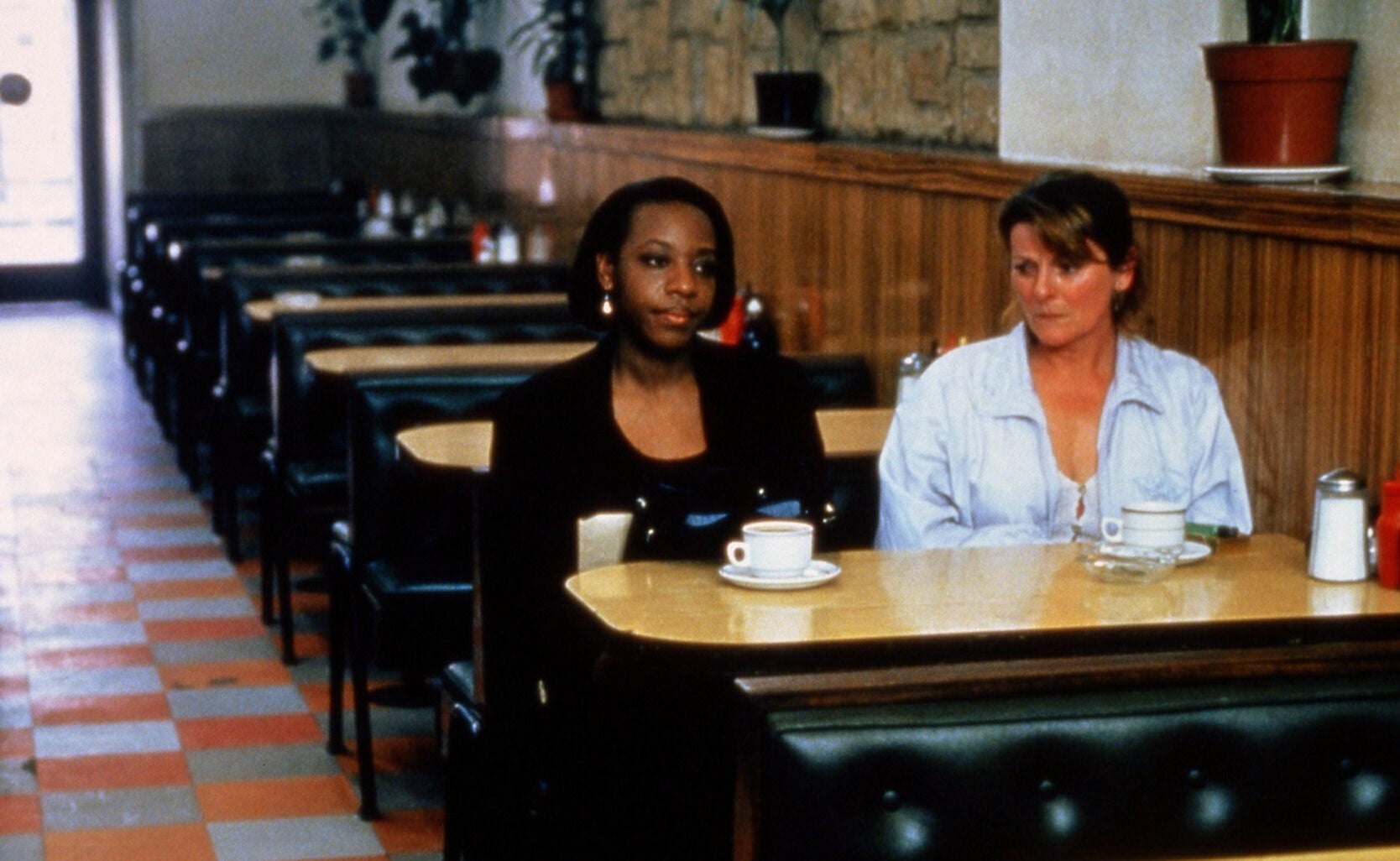 Secrets & Lies, dir. Mike Leigh, 1996. Master of British realism Mike Leigh weaves a complex tale of love lost and regained - a woman who finally finds out who is her mother, and the echoes - social, racial, psychological - of this powerful revelation. After the Palme the film received three nominations - best motion picture, drama, and two for the extraordinary duo playing mother and daughter, Brenda Blethyn and Marianne Jean-Baptiste. Blethyn took the Globe home. 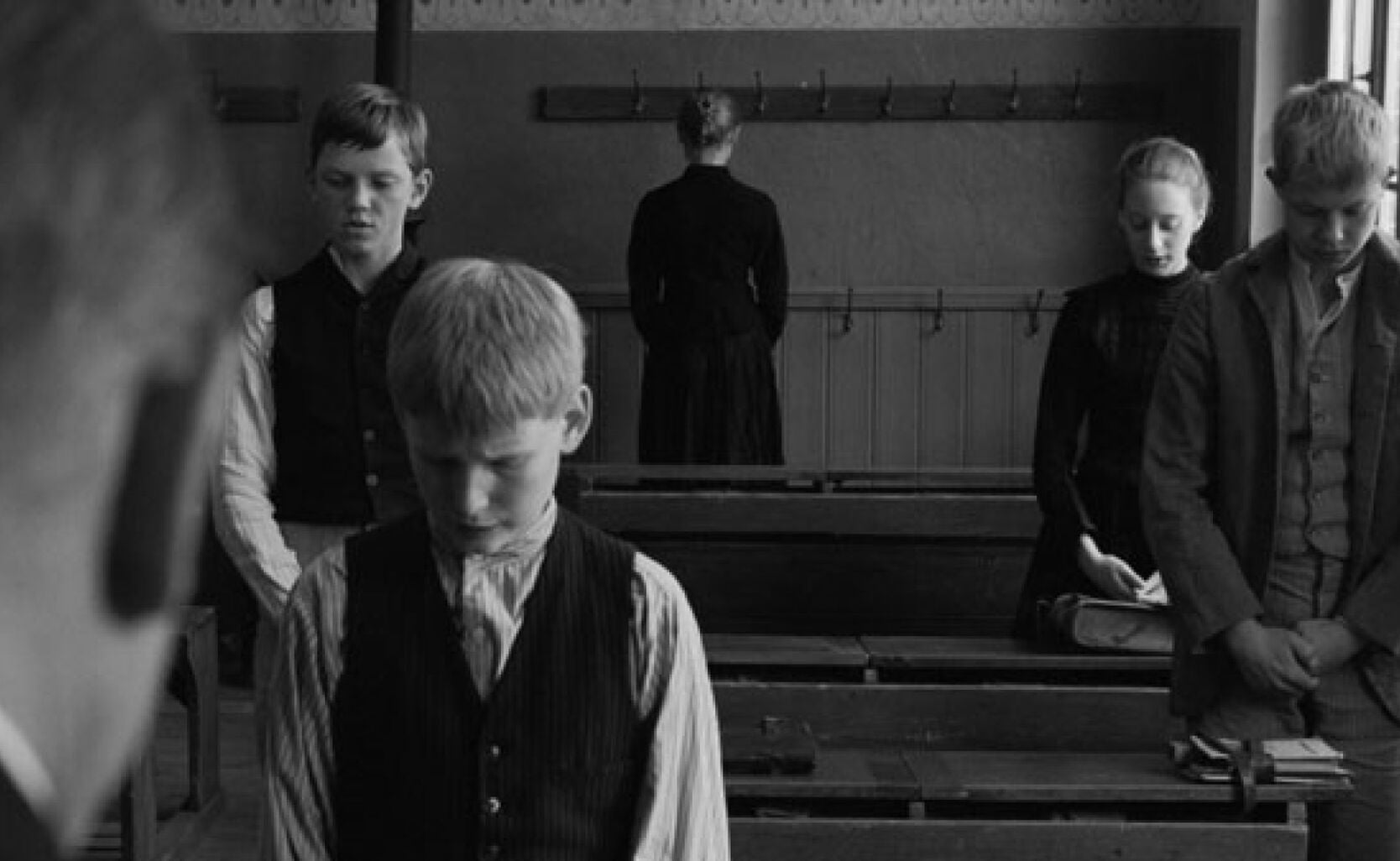 The White Band (Das weiße Band - Eine deutsche Kindergeschichte), dir. Michael Haneke, 2009. Michael Haneke had alreday shocked and awed the Croisette with a carpet-bombing of three successive, incendiary missiles - Funny Games in 1997, Code Unkown in 2000 and The Piano Teacher in 2001. He had been nominated for the Palme D'Or for all three, and won the Jury Prize (the unofficial runner-up award) for the über-controversial Piano Teacher (which also earned Isabelle Huppert the Best Actress award). In a sense Haneke was overdue for the inevitable - the Palme D'Or and, seven months later, the Golden Globe for Best Foreign Language Film. Almost ironically, he won both for his quietest work until then, this austere meditation on how monsters are not necessarily born but made, shot in magnificent black & white. 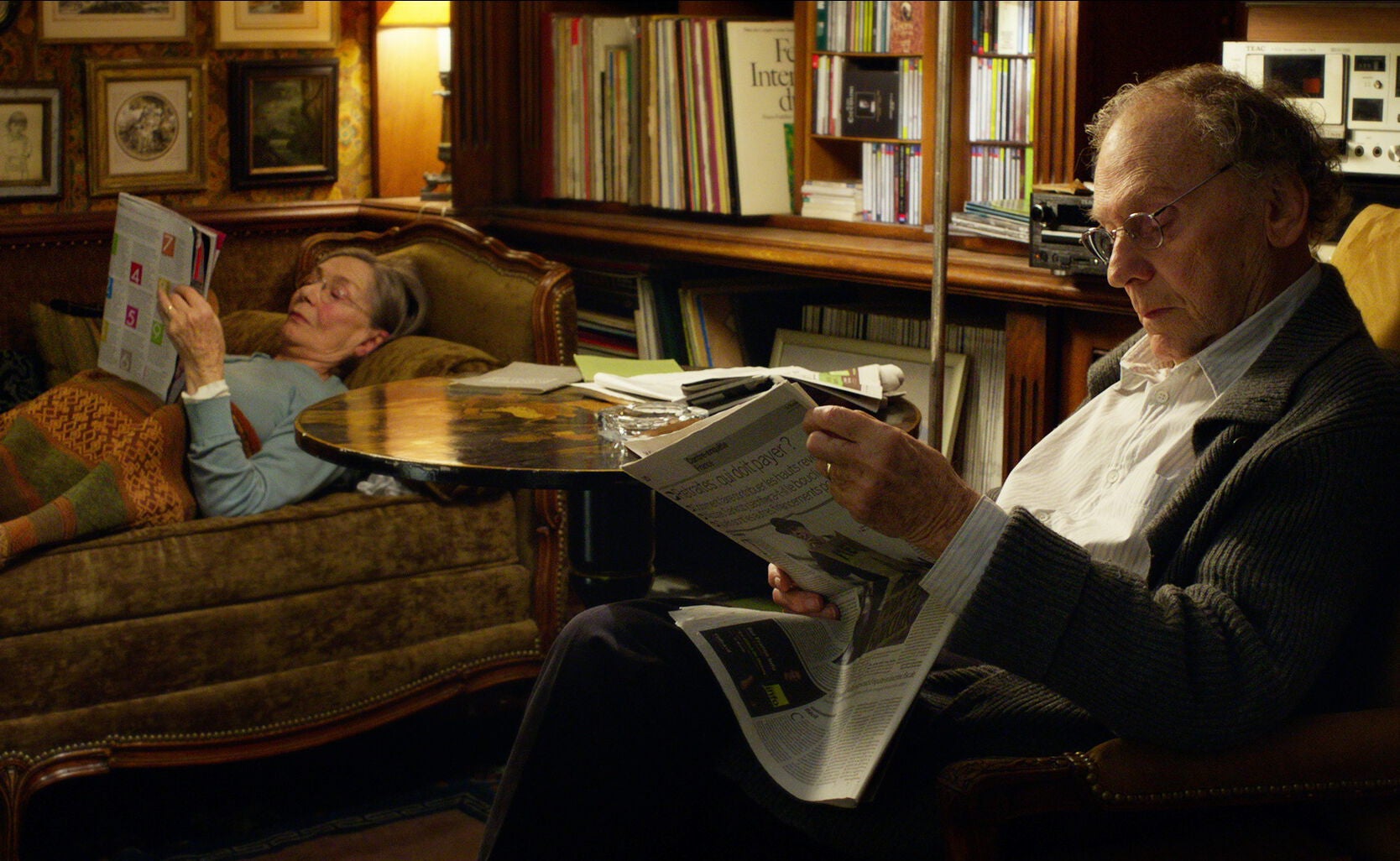 Amour, dir. Michael Haneke, 2012. The Michael Haneke era lasted two consecutive years. Once again using an apparently quiet theme - the mature love between a husband and wife of many years, disturbed by the slow erosion of dementia - to poke the darkest corners of the viewer's mind, Haneke scored his second double whammy: Palme D'Or and Best Foreign Language Motion Picture at the Golden Globes. Tour de force performances abound in this masterful work: Emmanuelle Riva, Jean-Louis Trintignant, Isabelle Huppert (we waited until 2017 to give her a long overdue Golden Globe for Best Actress). Amour was the last Palme D'Or recipient to win a Golden Globe. Maybe  as both events reach a landmark this year - 70th jubilee year for Cannes, 75th for the Globes - we will see the stars align again...

The Golden Globes precede the Cannes Film Festival by five years –  Cannes is celebrating 70 years and the Globes will have their 75th gala on January 7th, 2018. But the two events caught up with each other rather quickly. It makes sense – both the Hollywood Foreign Press Association and Cannes were born of the impulse for peace and cooperation through film, after the devastation of World War II; and both have a cosmopolitan, inclusive view of what “film” is all about. 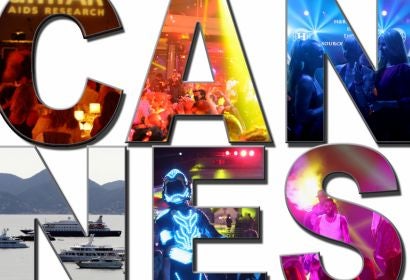 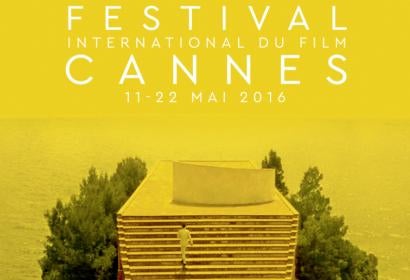