Vintage Cannes-1968 Edition: The Festival That Changed Everything

by Ana Maria Bahiana May 19, 2018
Share on FacebookShare on TwitterShare on PinterestCopy URL 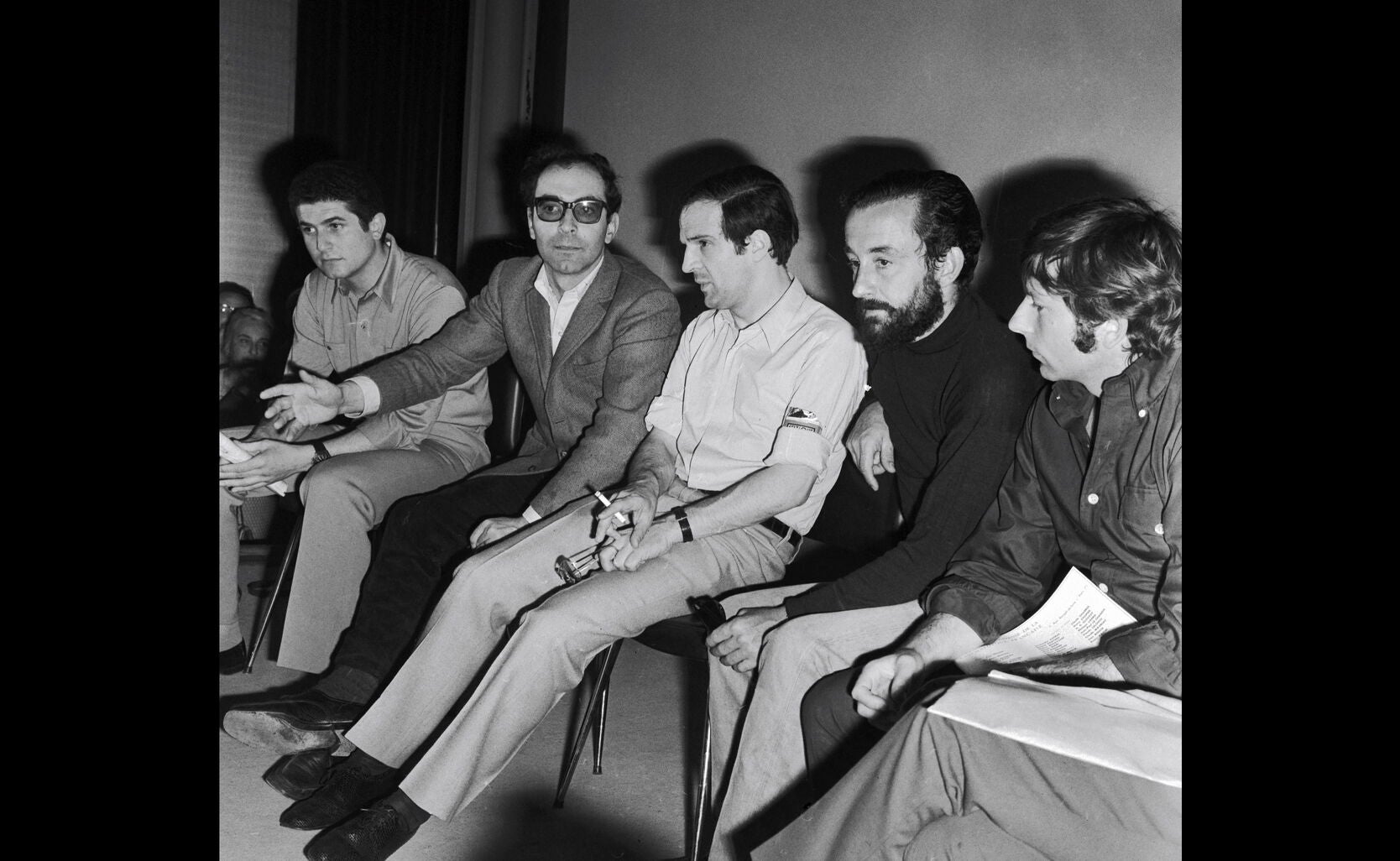 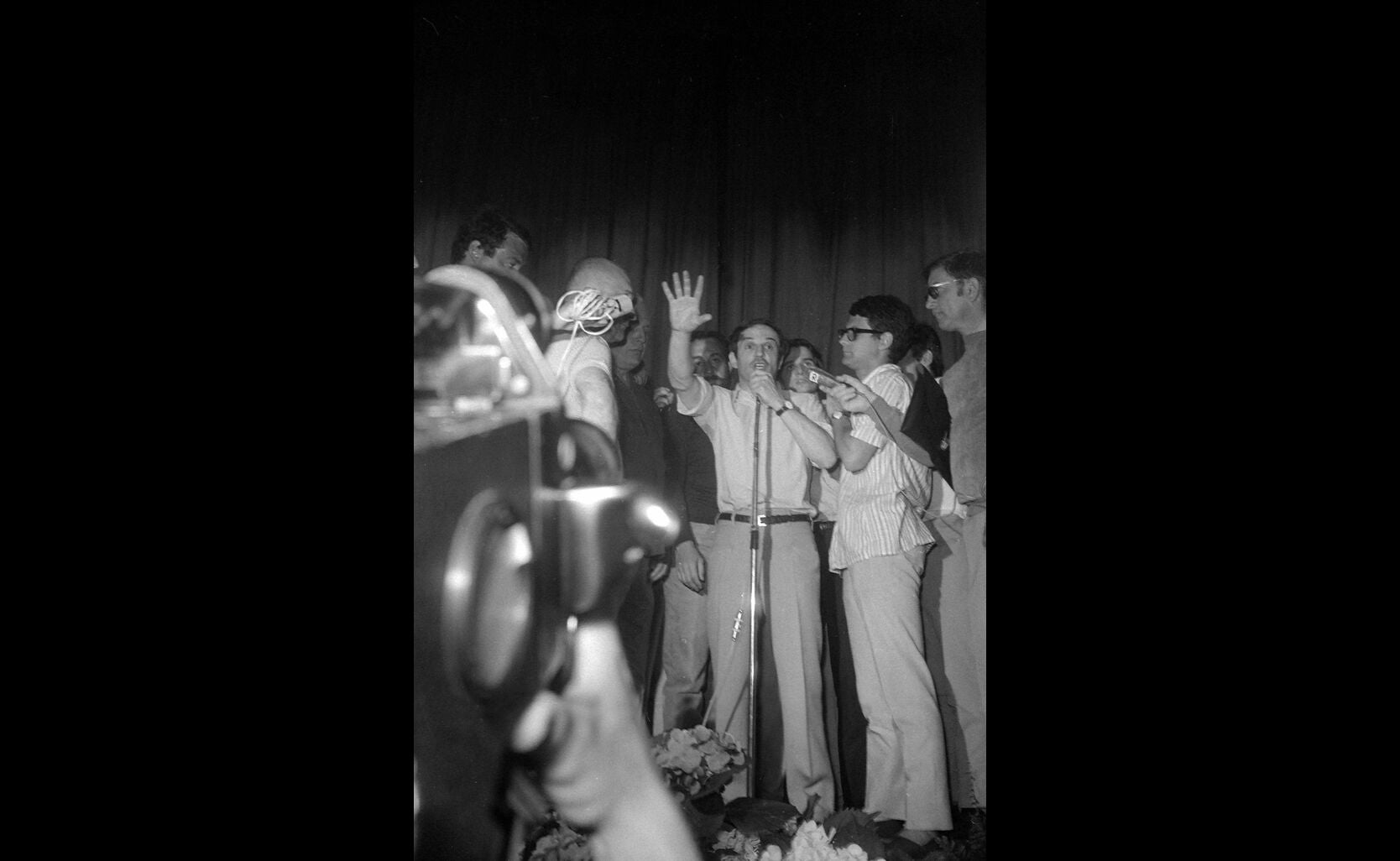 François Truffaut rushes the stage and calls for the festival to end in support of the striking students and workers. 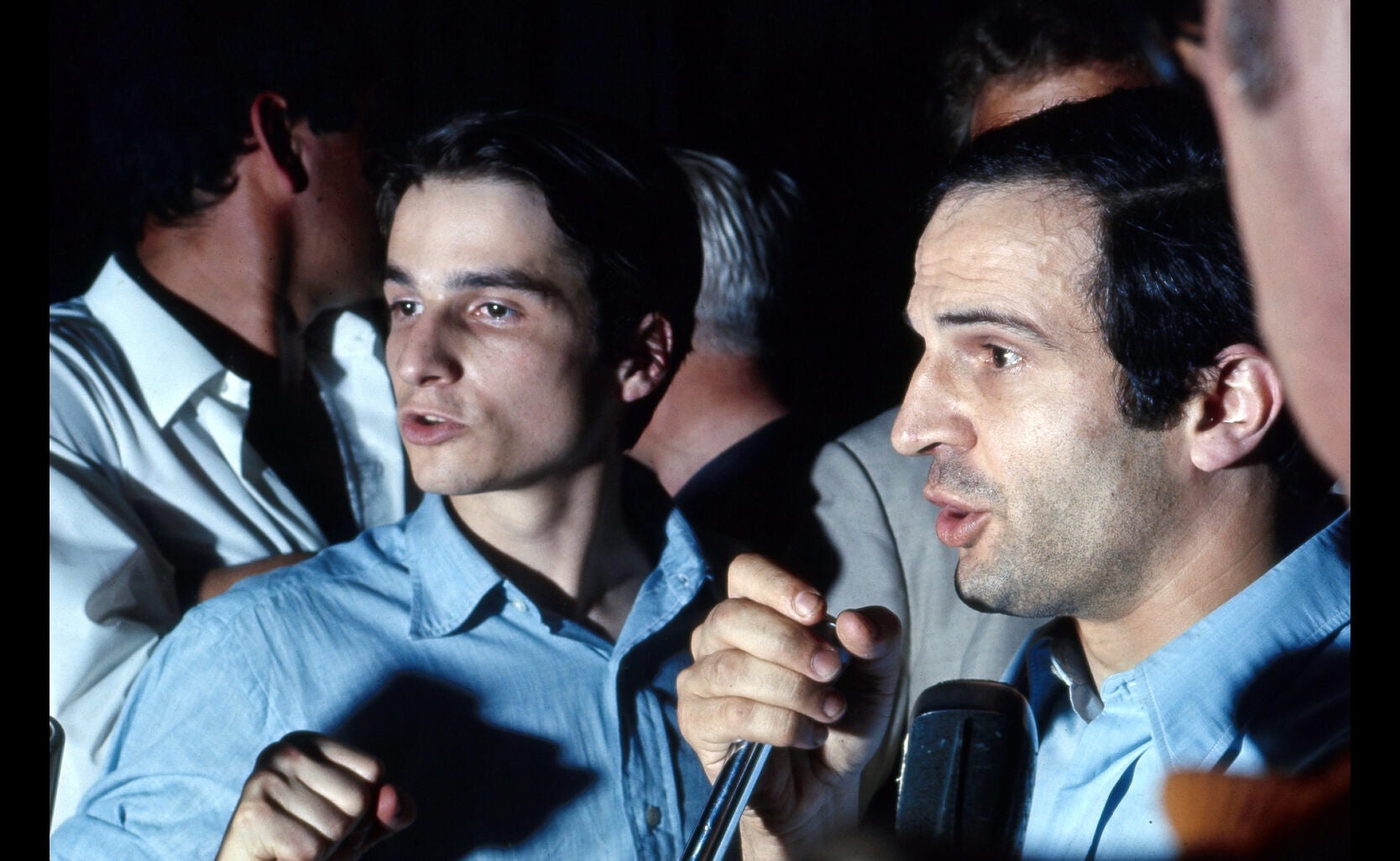 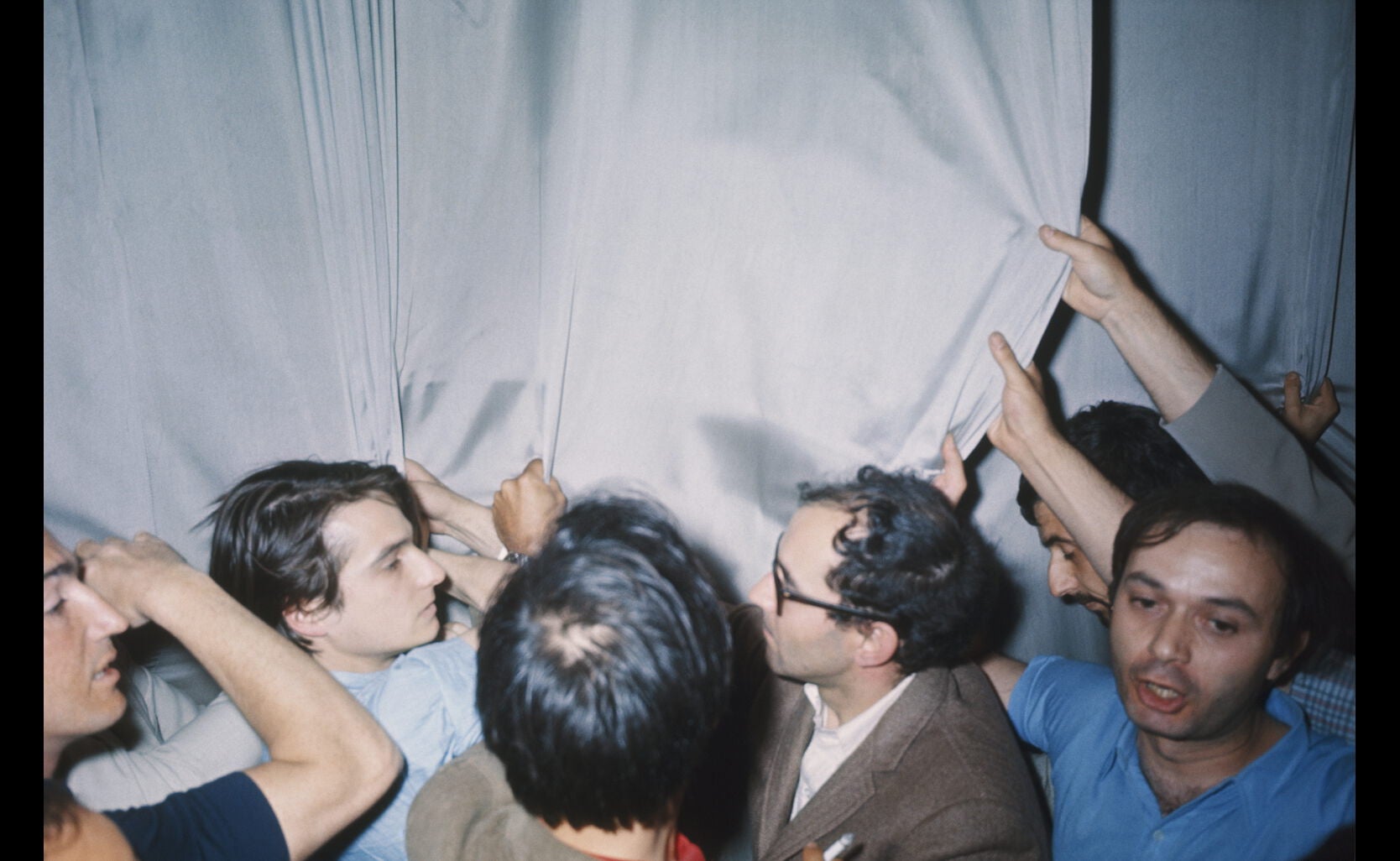 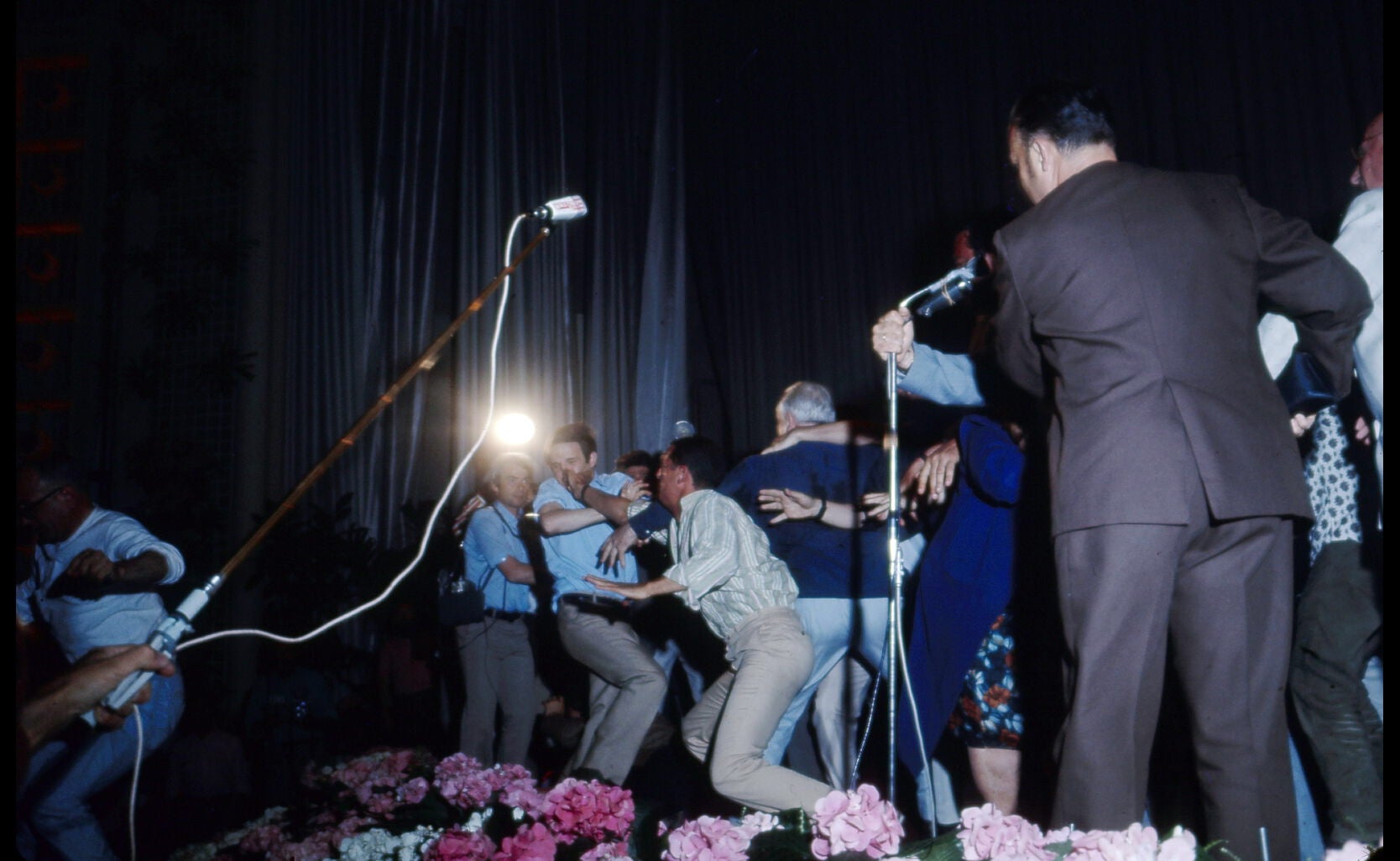 François Truffaut gets beaten by an angry member of the audience at the canceleld screening of Peppermint Twist. 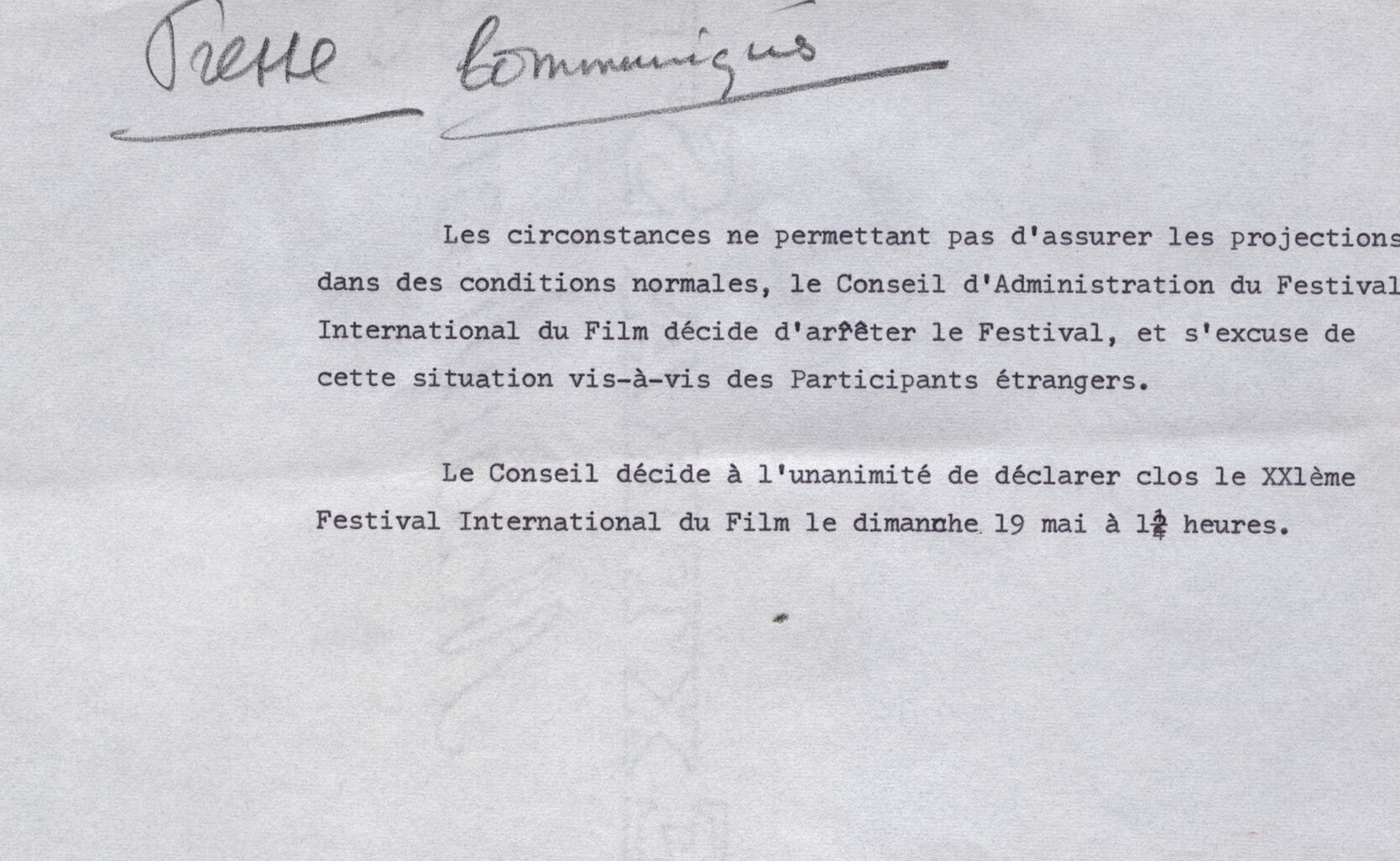 May 19th, 1968: the 21st Cannes Film Festival has been officially canceled.

The 21st Cannes Film festival began like any other, on May 10th, 1968. The opening film was a freshly restored version of Gone with the Wind,  hosted by  Grace Kelly, Princess of Monaco. Novelist and Nobel prize nominee André Chamson was the president of the jury, which counted with Monica Vitti, Louis Malle, Terence Young and Roman Polanski in its numbers. New films by Milos Forman, Alain Resnais, Carlos Saura, Richard Lester and Albert Finney were in competition, and new works by Louis Malle (William Wilson), Roger Vadim (Metzengerstein) and Federico Fellini (Toby Dammit) were to be screened out of competition,

Very little of this came to pass.

While the gala guests were enjoying Victor Fleming’s masterpiece at the Palais, 20, 000 Sorbonne students, in Paris, launched a protest against the conservative policies of the Charles de Gaulle government. The march quickly escalated – hundred os=f students and police were hospitalized. Two days later, on May 12th, two million workers declared a general strike in support of the students. The stoppage was supposed to last one day, but it went on as millions walked out of offices, factories and public services.

At that point, the echoes had reached the Croisette, already reeling from the sacking of Henri Langlois from the Cinematheque Française. A group of filmmakers led by François Truffaut, Jean-Luc Godard, Claude Berri, Claude Lelouch and Louis Malle proposed the early end of the festival, “in solidarity with the Sorbonne students and the two million French strikers.” Organizers and jurors were vehemently opposed. Polanski called the protesters “idiots”, adding, "People like Truffaut, Lelouch, and Godard are like little kids playing at being revolutionaries.”

On May 17th, immediately after the screening of Peter Lennon’s documentary Rocky Road to Dublin, Jean Luc Godard and Claude Lelouch took to the stage and announced that in solidarity with the students and workers protesting across France, the festival had come to an early close. Several filmmakers withdrew their films.

Everything came to a boiling point on May 18th – Carlos Saura’s Peppermint Twist was scheduled to screen, but a group led by François Truffaut, Godard and others physically blocked the screen (Truffaut was pummeled by an angry festivalier who really wanted to see Peppermint Twist).

The 21st Cannes Film festival was officially canceled. From the 28 films scheduled to screen, only 11 made it.

Langlois got his job back. The Cinematheque Française became more inclusive and open to new generations of filmmakers. The Society of Film Directors was founded, and launched an important, autonomous sidebar to the festival – the Directors’ Fortnight, focused on new, progressive filmmakers.

50 years later, the echoes of that tumultuous spring can be heard, still. 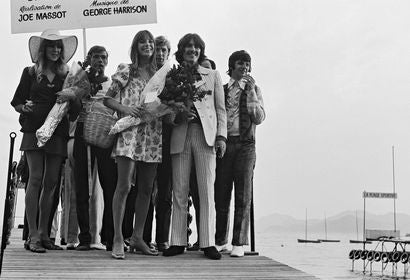 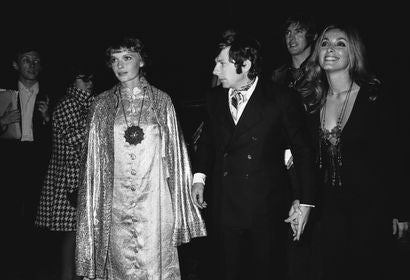