by Ana Maria Bahiana December 31, 2014
Share on FacebookShare on TwitterShare on PinterestCopy URL 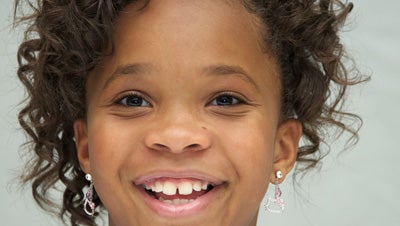 Quvenzhané Wallis stumbled into a stellar acting career with a lie: back in early 2009, when she was a mere five years old, she assured director Benh Zeitlin that she was, in fact, a mature six year old girl – the minimum age to be considered for a role in Zeitlin’s Beasts of the Southern Wild. The production was holding auditions in Terrebonne Parish, Louisiana, close to Quvenzhané’s hometown, Houma, and her family supported Quvenzhané’s sudden acting urge, taking her to try her luck against 4,000 other aspiring stars.

The dare paid off: with her natural mix of sweetness and grit, Quvenzhané aced the audition Zeitlin immediately saw in her the indomitable Hushpuppy, the bayou heroine who leads her people to salvation after a monstrous storm destroys their home in Beasts. In fact, Zeitlin re-wrote the character to better fit Quvenzhané’s younger age, strong personality and the unmistakable spark he saw in her – “the feeling behind her eyes”, Zeitlin said.

Beasts garnered rave reviews at the 2012 Sundance Film Festival, winning the Grand Jury Prize, and went on to become one of the most revered independent movies of the year, amassing a slew of accolades, including the Jury Prize at the Cannes Film Festival. All of nine years old, Quvenzhané was a certified star, receiving nominations for Best Actress at the Independent Spirit and the Academy Awards (the youngest person to do so.)

Nothing in Quvenzhané’s background could have served as a sign of her future career. Born and raised in Houma, LA, the daughter of Qulyndreia (née Jackson), a teacher, and Venjie Wallis Sr., a truck driver, Quvenzhané grew up in what she calls “a sibling circle” of two brothers and a sister. Her name is a mix of the first syllables of her parents’ first names and the Swahili word for “fairy”, “zhané” (she’s quick to add that yes, she believes in fairies because “if you don’t believe in fairies you’re making one mad.”). And being on the honor roll of her school has always been her priority – even after she was showered with the attention due a major star.

Her first role after the breakout performance as Hushpuppy was Margaret Northup, daughter of Solomon Northup (Chiwetel Ejiofor) in Steve McQueen’s 12 Years a Slave. When Willow Smith dropped out of the remake of the musical Annie, Quvenzhané stepped in to replace her. Conceived by Will Smith and his producing partner Jay-Z (who had sampled the musical’s “It’s The Hard Knock Life” in his hit “Hard Knock Life (Ghetto Anthem)”) as a vehicle for Willow, the new version of Annie had been in development for so long that its would-be star had outgrown the part.

“I wanted to find a new Annie”, says director Will Gluck (Easy A). “We started casting all over the place and it was at the exact same time that (Quvenzhané) was nominated. And they called and said they had a nine year-old who has been nominated for an Academy Award for acting. She came to my office and we spent two days together, singing and dancing and acting and at the end of the day I called the studio and said, “We have our Annie. There’s no question.”

Quvenzhané, nine years old when she signed on to portray Annie, and ten when production started, stepped into the role with ease. Even though, by her own admittance, singing was not something she had done “professionally” in her brief career. “But I did like to sing and dance”, Quvenzhané added. “It was something that I liked doing so I guess I could say I was professional in my way.”

Quvenzhané’s next project is director Gabriele Muccino ‘s (Seven Pounds, The Pursuit of Happyness) Fathers and Daughters, alongside Russell Crowe, Amanda Seyfried and Aaron Paul. A busy career, by all counts. But, Quvenzhané says, nothing has really changed. “I still go to the same school. I have exams.” But, she adds, there has been a shift. “My dreams have already come true. Just everything that’s been going on right now.”