by Gabriel Lerman December 29, 2014
Share on FacebookShare on TwitterShare on PinterestCopy URL 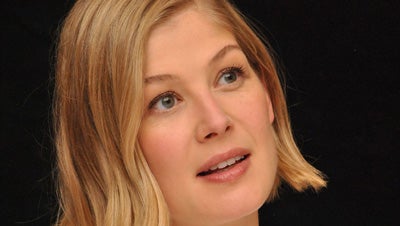 When director David Fincher had to decide which actress to cast for the role of Amy Dunne, the apparently perfect wife of Nick (Ben Affleck) in Gone Girl, the task was not easy. Every movie star in town was dying to play the complex character created by Gillian Flynn in her amazing novel, but Fincher was looking for someone who can mislead the audience in a very special way. When he met British actress Rosamund Pike, he knew he had found the one. Amy’s character had to be the big question at the center of the story, and the actress was just that to him. Even though he had seen her in several films over the last 15 years, he couldn't really pigeonhole her. Knowing that Pike was the kind of actress that was ready to do every sacrifice required to play the part, he went for her, asking her to gain 12 pounds in 2 weeks to film some scenes, lose the same amount in another 2 weeks to film others, gain them again, film a bit more and lose them once more. When the actress met with the Hollywood Foreign Press in September, a day after the film had its world premiere in New York, she explained that the director gave her a task that lead her in the right direction: “He wanted me to play an enigma, and he gave me one to study. He gave me Carolyn Bessette-Kennedy as an image, because there's nothing about her. You can't find her voice or anything written in her own words, so I bought back copies of Vanity Fair, looked at the spreads that she did, and I had to piece together this sort of haunted but alluring woman that everybody was fascinated with," she explained to our group.

The fact that Rosamund was not only nominated to the Golden Globe but to many more awards, is proof that this time, everybody got exactly who she is. She did an amazing job portraying a woman who is playing a facade all the time, but she also had to be able to reveal – in a few but crucial instances – the real and hurting person behind the mask.

The daughter of an opera singer and a concert violinist who never dreamt of a career in music even if she had the talents, Pike had to work hard to get where she wanted. When it was time to go to university she was welcomed by Oxford, where she read literature in the prestigious Wadham College, but every time she tried to transfer to a top theater school she was rejected. During her studies, she would work on television and the stage and shortly before graduating magna cum laude she would get the role that gave her the first splash of celebrity. Rosamund started her film career in the most unexpected way, becoming a Bond girl. The beautiful, long legged blonde made many covers in 2002 with her part as Miranda Frost in Die Another Day, but she wanted other kind of challenges, like the one she got on the stage that same year, appearing nude during a 10 minute scene in the play Hitchcock Blonde, then a hit in the West End.

Pike worked non stop for a decade, playing important roles like the older sister of Keira Knightley in Pride and Prejudice, Andromeda in Wrath of the Titans and the object of affections from Tom Cruise in Jack Reacher, and she even had a big hit with the local crowd thanks to Rowan Atkinson and Johnny English Reborn. Still, she never made waves as huge as she did this year with Gone Girl, but what's happening now is not just a stroke of luck. It seems directors are finally realizing she's unique, and thus, are giving her many options to show her range. Last year, she played comedy in style with the likes of Simon Pegg, Nick Frost and Martin Freeman in the hilarious The World's End, reteaming later with Pegg in Hector and the Search for Happiness. Just days before the Fincher movie was released in the U.S., she enjoyed another warm reception back at home, with local hit What We Did in Our Holiday. But the best part of her great moment has to do with her personal life. In early December, while everyone was out there praising her, she was experiencing a very intense celebration in her private life, becoming a mother for a second time and welcoming a son into the word. 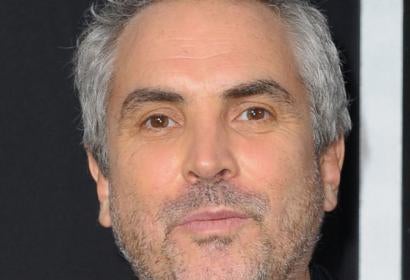