Name of the Game, The 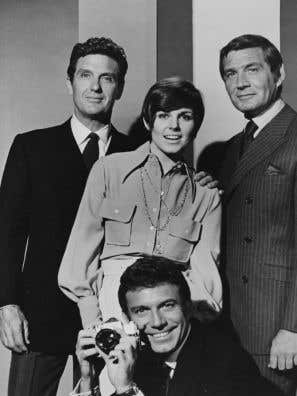 This groundbreaking series had three rotating stars, who were featured in independent episodes tied together by a loose common theme. The commonality was Howard Publications, the self-made publishing empire of Glenn Howard. Episodes featuring Howard focused on his business and political confrontations and his flamboyant lifestyles. Other episodes featured Jeff Dillon, a crusading investigative reporter, or Dan Farrell. Farrell was a retired FBI agent who used his position as the editor of "Crime Magazine" to wage a literary war against organized crime. The series had several semi-regulars who were featured in one or more of the plot threads, including editorial assistant Peggy Maxwell, and junior reporters Joe Sample, Andy Hill and Ross Craig.

Television Series
Name of the Game, The