Ethan Hawke: "Showing Blaze at Sundance Was Like Sharing a Dream"

by Gabriel Lerman January 27, 2018
Share on FacebookShare on TwitterShare on PinterestCopy URL 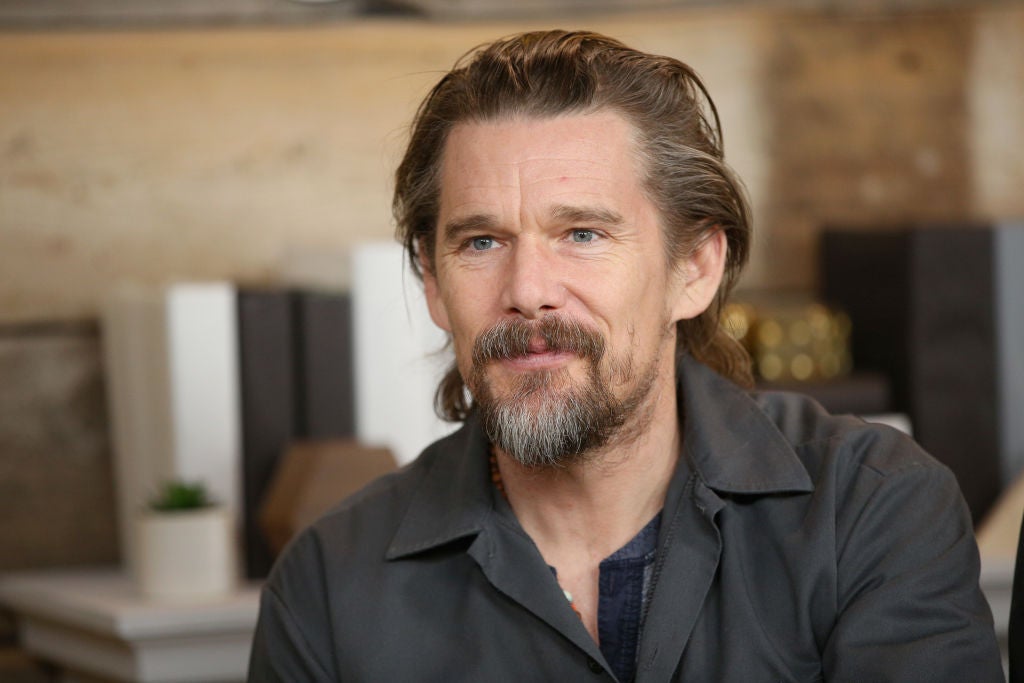 A champion of independent cinema, Golden Globe nominee Ethan Hawke is a regular at Sundance, but this year was special for him. He was in Park City with Juliet, Naked, Jesse Peretz's romantic comedy about a woman (Rose Byrne) who breaks up her long relationship with an obsessed fan of retired rocker Tucker Crowe, only to start a romance with the idol himself (played by Hawke). But the Austin native was mainly at the festival as director of his fourth film as director-  Blaze, the story of country singer Blaze Foley (Benjamin Dickey), who was shot and killed at age 39. Dead, Blaze became a legend - even though in life he seemingly did everything he could to avoid success. We sat down with Hawke to talk about his two movies and the Sundance experience.

How was the experience of showing Blaze to the audience at Sundance?

It's like sharing a dream.  You know, some of these people always want to tell you about your dreams and then you don't want to hear but it does feel a little bit like this is what's going on in here and having people go I hear you and I feel the same way or I get it.  It's a wonderful feeling.

Juliet, Naked also had a great reception, but you were just an actor in that film. The feeling is different?

Sure. I just don't feel responsible.  I feel responsible for Blaze.  I invited everybody here.  I want it to go well.  I'm worried if I spell the name wrong in the credits. These are little things you worry about.  Is the sound too loud?  When you're an actor those aren't my responsibilities so I don't worry about them.  When the end credits rolled on Blaze the machine didn't break.  It just didn't, you know, like with Juliet, Naked that thought never occurred to me.  If it breaks it'll be fine, you know.  I've also done it a lot, you know.  I've directed 4 movies.  I've acted in like 60 so it was very different.

Do you remember your first Sundance? How did it change since then?

My first Sundance was Reality Bites.  I was here in '94 and I also had a short film in the shorts program. I actually had been to the festival in '91 just as an audience member.  It grows and changes every year and some people are wistful about how when it was smaller and more intimate like Telluride but I feel like it's the nature of things to change and this festival has given so much to the industry.  I'm so grateful to it. 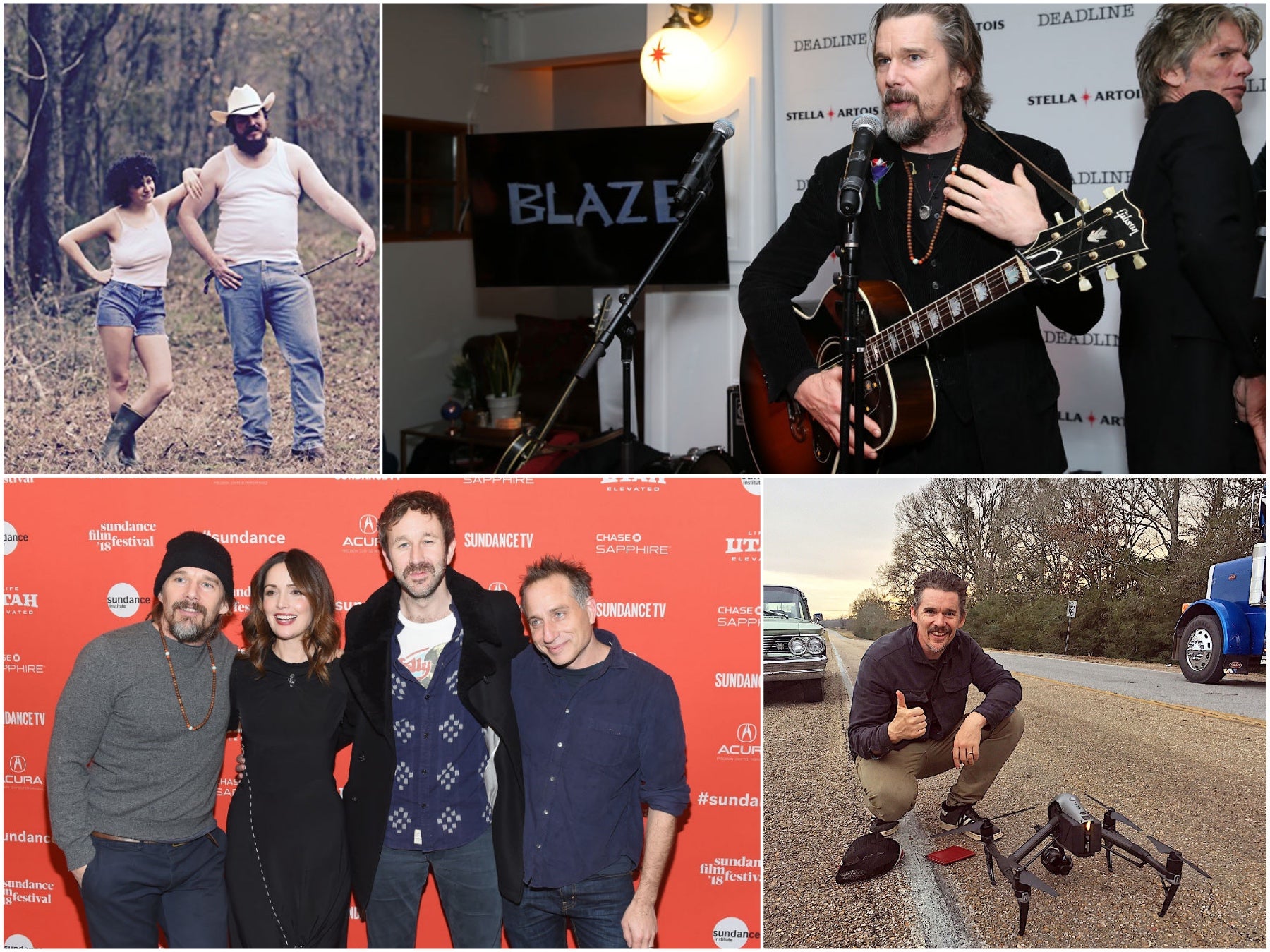 Both of your films here are related to music...

It's something I love but I don't really know if it's been recent.  My first film as a director, Chelsea Walls, is kind of about music too.  The best elements of it were musical and one of the coolest things I ever worked on in my life was the soundtrack of The Hottest State.  It has Willie Nelson, Norah Jones and Emmylou Harris.  It had all original songs written for the movie and then re-interpreted by others.  I spent more time working on the soundtrack than I did in the movie.  I think it's probably because acting has turned so professional for me.  When I was younger acting was a real source of joy and love and it still is but it's also my livelihood and I pay my health insurance with it, and music is still a place of absolute solace.  It's not a place where I'm a professional.  I can just love it.

Is there a plan behind it?

It really started with Seymour: An Introduction. It was a documentary I made about that 88 year old musician and I just love music and then that took me into playing Chet Baker and one of the things that bothered me is that I could never get my trumpet playing to a place that I thought to really do an accurate portrayal of a life of a musician. You have to be inside the music because that's where the best part of themselves goes forward. So I had this idea that I could make a country music movie and cast real musicians, and because I love acting so much I've been doing it since I was 13 I'm pretty confident about teaching it and how to create an environment for it to excel. While I was playing Chet Baker I thought Charlie Sexton would play the part better than me. That's kind of how it erupted.

Did you ever consider playing Blaze yourself?

No, I never did.  I wouldn't have made the movie at all if I didn't know Ben Dickey.  It was seeing him and feeling that authenticity, what convinced me.

How did you get Ben, who is not a professional actor, to give such an amazing perfomance?

It's a shamanistic dance in a way.  When it goes well, it's kind of like an incantation or a conjuring. He's a very talented passionate person and a very unique soul. I could write a part designed for him.  He's been my friend for 15 years. I know he's just a magical person and I knew that he would relate and feel strongly about Blaze.  He cares about music and I knew he would bring that to the movie.  I mean, I think it's a titanic performance. It's just so multi-layered. There's that thing in Buddhism they call beginner's mind.  Sometimes when you don't know what you're doing you can nail it, you know, because he has a lifetime of watching movies and playing music. It just poured out of him.