by Tina Jøhnk Christensen June 3, 2020
Share on FacebookShare on TwitterShare on PinterestCopy URL 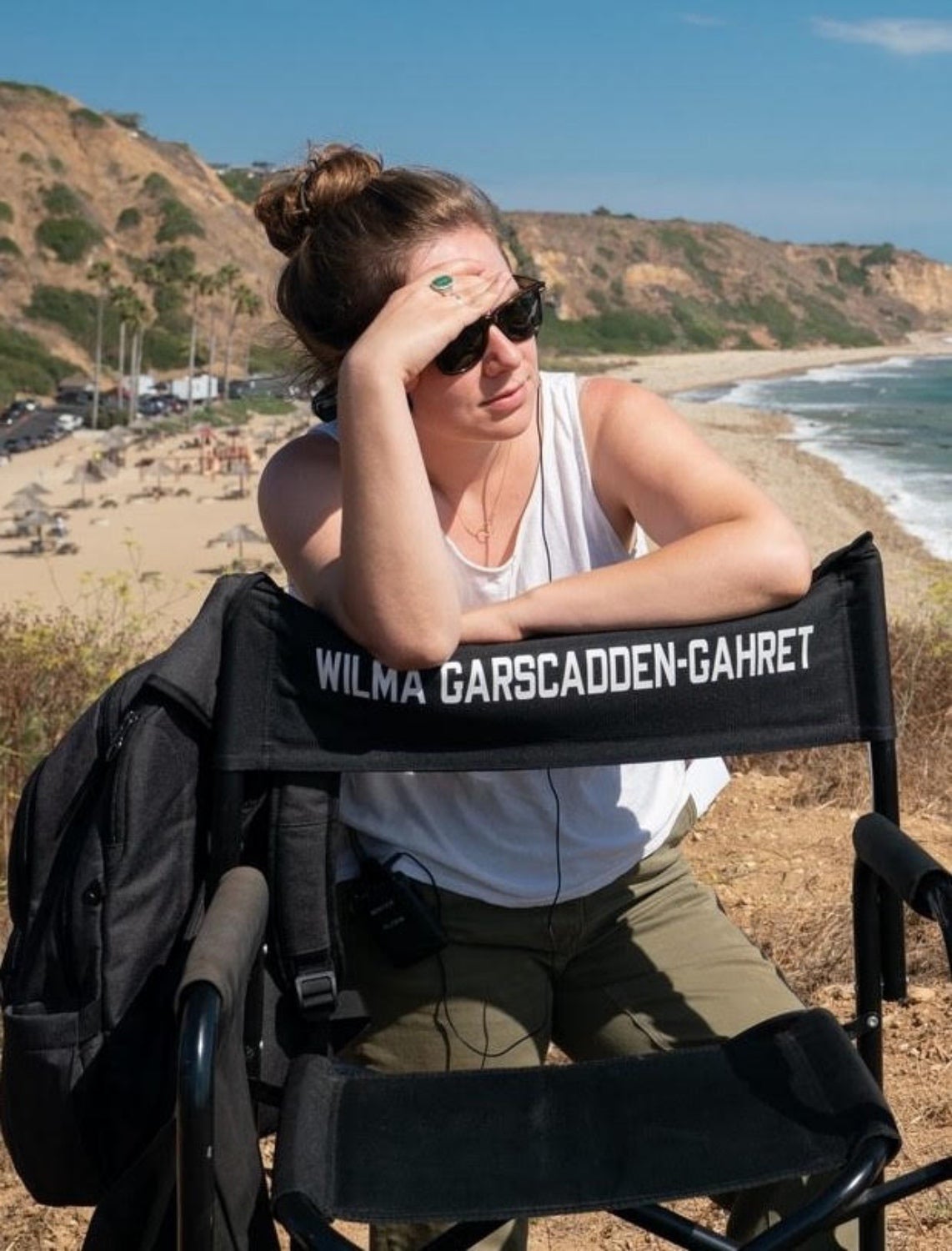 Flora Greeson got inspired to write the script for the musical romantic comedy The High Note while she was working as an assistant at Universal Music in New York. A Los Angeles native, she had completed her film studies at NYU and now she was dreaming of a bigger life for herself. Her dreams for the future are reflected in the character Maggie, whom she created for The High Note. Maggie is an assistant for the music star Grace Davis, whose career is huge but has come to a standstill. Maggie has big ambitions to become a music producer and so she follows her dream and seeks to make it happen. The High Note is a feel-good film about women with big ambitions and big hearts.

You got the idea for The High Note while working at Universal Music’s catalog department in New York. Explain how?

It was such an education and so much fun and I loved working there. That is where I began thinking about The High Note began because I got to sit in on a producing session of this Rick James live album and I was just listening to them talk about how to condense this 20 minute Rick James monologue into a short two and a half minute live track and it was magic to watch how all of that happened. So the opening of the movie is very similar to something that I personally experienced which is making a live track sound the best that it can.

The High Note is based on the first script you had written. Given how rare this is, could you speak a little about the process of you getting this script made into a film?

I started working as an assistant for a talent agency in Los Angeles and worked there a little over a year. That’s when I was realizing that I love the movies and the entertainment business and I didn’t want to be an assistant forever. I always wanted to write and had never written anything by myself before. I think my time at the talent agency was just me getting the guts to quit and take that risk for myself. I saved some money and finally quit my job and said to my boss: ‘I have this idea and I really want to write it – just promise me you will take my call when I call you in three months when I finish this script’. I then wrote the first draft of The High Note and called him up and he was very gracious to take my call. He was also very surprised that it was good (not to pat myself on the back…). He became my agent and I did a couple of rewrites and then he was able to sell it.

How long was the process for you from the moment you had the idea in New York till you had the script ready?

I worked at Universal Music in 2014 and I think I wrote the first draft in 2016 and sold it in 2017, so it was a long process. I have looked through my notebooks and it seems I have written about the characters and the world since I was working at Universal Music, but I did not write it until 2016.

What kind of research did you do along the way on female artists in the music industry?

I did so much research. I watched every music documentary that is out there. I love music so much. I am a fan first. The character Maggie is a fan first of Grace Davis. Grace Davis became this amalgamation of Nina Simone, Aretha Franklin, Tina Turner, Joni Mitchell, Carole King – all these women who are incredibly complex and talented and wear a lot of hats but do not really get recognized for it necessarily. Aretha Franklin played the piano and wrote a lot of her songs for instance. They are complex, private women, and I just found the more research I did that the more they reflected the women in my life – they are multi-dimensional and a lot of them have secrets and are really ambitious but also warm, and generous and giving. So I tried to really have all that informs the characters in this movie. Maggie and Grace are mirrors of each other in a lot of ways. Grace is just way further down the line in her career and it makes sense that Maggie looks up to her the way she does because Grace is somebody who is unapologetically herself and that takes a lot of balls especially as a woman in the music industry. It is not found a lot.

What was it like seeing your baby on the screen with all the talented actors as the characters you created?

I just cried. It is just insane. It is so mindboggling. I was just sitting in video village watching Dakota Johnson, Tracee Ellis Ross, Ice Cube, and Kelvin Harrison Jr., and to see my characters become these three-dimensional people is such a mind trip. You can write one thing on the page and it does not matter – you have to see it in action and it is just the greatest job in the world. I got to see it on the big screen at a test screening and it was just so wild to see it so huge. It has been a crazy trajectory with the pandemic and we had to change our plans but I am just so grateful that people get to see it and it is a warm, loving, and happy movie and I just want it to feel like a warm blanket. The sadness that the crew and cast felt about not getting to see it on the big screen was really just the sadness that everyone was experiencing with the pandemic. I want to be in a room with my friends and cry with them, but in the meantime, I am happy that people can watch this film at home with whomever they are with Tracee Ellis Ross and Dakota Johnson in a scene from The High Note.

Tracee said that one of the things that she really liked about the script was women supporting each other. Was this aspect important for you?

That is sweet of Tracee to say. So many of my female friendships – both on the business side and from my personal life - are based on supporting each other so it is not a stretch for me to write about. It is not fiction because that is what I see in my day to day life and I want to see it reflected as much as possible on the big screen or little screen.

You were an assistant who wanted something bigger for herself – and so is your character Maggie. Did you identify a lot with her?

Oh yes. As an assistant and as someone who has a lot of friends who are assisting, it is such an insane job. It is really hard and I think what is interesting to me about the relationship between a boss and an assistant particularly in the entertainment industry is that it is so boundaryless – one second you are on the phone talking to the divorce attorney and the next they are yelling at you because you got their lunch order wrong. In one second you think you are so close to them and in another second you are not. It is such a rollercoaster so I really just related to that. But I loved my boss. We had a great relationship and he was very nice to me and I need to put it on the record that he is not a monster. But in terms of relating to Maggie, I think that young people when they are figuring out what to do – it is easy to get stuck in a job that you are good at. Maggie is a great assistant but that does not mean that she should be an assistant for the rest of her life. It is a security blanket and you get a paycheck and you can do it for a long time, but I wanted to show that you have to pursue what you really want to do

You write about women and their careers in The High Note. We follow Maggie on the road to success and we see how Grace is seeking to keep being successful. Was it important for you to write about successful women?

It was very important for me to show ambitious women in a positive light because that is what I see with my writer friends some of which are female. They are so ambitious and you have to be. You have to chase after the things you want and write the things that you are afraid that no one is ever going to want to watch but you love it and you give it a chance.

Do you find you have to work harder than your male colleagues?

I am new here and this is my first feature script and I am so grateful that it got made. I wrote it and hoped that it would be a sample to get me staffed on a TV show. I had no concept that this movie was going to get made and it was such a dream come true. I am so lucky to have booked a job since and on every project I am learning so much. Getting to be on set, I learn so much. I cannot really make a generalized statement of whether it is harder for women in this business but I assume the answer is yes because it is across the board harder for women. So yes, you have to work so hard and writing is so challenging and it is an isolating thing to do. You are alone staring at the wall and thinking ‘what am I doing? Who is it for? Am I crazy?’ I think it is just a battle to keep going and believing that people will like the draft. I have so far had a very positive experience. Both women and men have supported me.

What kind of films do you want to write?

I just want to write a movie that makes me happy and has a few women in it and is funny and heartwarming. I want to put out the type of material in the world that I love. I am working on a few projects now and some are about music and some are romantic comedies and some are for younger audiences. All of them are in that sphere of trying to normalize ambitious and generous women.

What is the best advice you can give female writers who dream of a career as scriptwriters?

Whatever the idea that you have been thinking about while sitting in traffic rush hour and taking notes on, just start writing it. I know it is really horrible to start writing something but just do it and see what it is and whether it can stand on its own two feet.

What are your dreams for the future?

I just want to be proud of the work that I have made and I have a lot of fun doing it and that I continue to be open and learn from all the smart people with so much more experience around me and try and make it as joyful as possible because I think when you are joyful behind the scenes, it will be reflected on the screen. Life is too short. 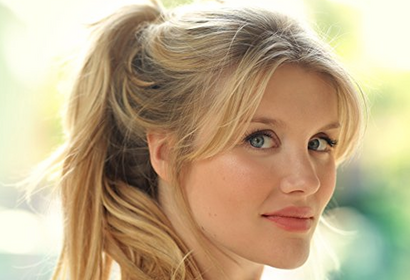 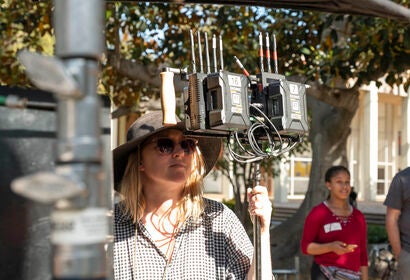