Renée Ehrlich Kalfus: An Ambitious Wardrobe for “A Simple Favor”

by Margaret Gardiner September 12, 2018
Share on FacebookShare on TwitterShare on PinterestCopy URL 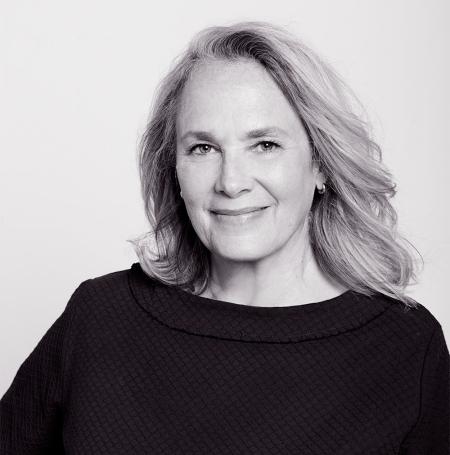 “You cannot be afraid of ambition,” says Renée Ehrlich Kalfus, a nominee of a BAFTA for Chocolat, and the winner of the Designers Guild Award for Hidden Figures. “You have to stay connected to your drive and ambition, and you have got to know what you know.”

The head of costume design for A Simple Favor (starring Blake Lively and Anna Kendrick) always knew what she wanted when it came to color, texture, and clothing. Her mother created her own clothes, and from as early as Renée remembers, she would implore her mother to change a pattern or alter the collar or a detail. “I was aware and sensitive to these things at a very young age.” Smiles the costume designer of more than 29 films.

That specificity is on display in the costumes of A Simple Favor. Character is layered in. Insecurities, ambition, deceit, all are visible in the clothing the lead characters wear, so if you are attuned to clues beyond what people say, you will be in awe of the intricacies of personality visible on screen, from the moment a character appears. Blake Lively’s character wears clothing as armor. Statement pieces informed by photos of Helmut Newton and Annie Hall, archival suits from Ralph Lauren teamed with the attention to detail that Ehrlich Kalfus first exhibited as a child. The accessories are details of what the character aspires to be, with hints of what she was. Dripping with cultivated taste, the obvious accouterments of men’s bowties, watch fobs and chains and walking stick draw the eye, layered with tie-bars that drip with chains and jewels – albeit paste, the giveaway to her true self, the multiple pierced earrings. The loose hair. The easily removable patina of image, that literally gets stripped away in one scene to reveal the next version of the character Blake is presenting. Anna Kendrick’s wardrobe is equally subtle and informative, and if you are aware of the messages clothing sends, her desperation, ambition, and transition are visible in her clothing choices as she arcs through the film.

“I’ve always come from a place of character,” confirms the costume designer. “I work with the actor to create a wardrobe that helps them find that character.” She clearly understands that clothing can be a disguise, an armor, or a version of whomever you are channeling that day. “The characters wear costumes that explain the people they play.” She states.

Her artistic roots are visible in the palette of the wardrobe choices for characters. Having studied art at Temple University, she realized style was something she excelled at and that it might provide a better platform than her art. In Hidden Figures, her painterly background is on display. “The women were sequestered in the basement in textures and colors, which I bumped up. I didn't necessarily stay true to the time. They contrasted with the black-and-white look of the male mathematicians.” She notes. “That choice came for my training as an artist. You could paint that picture. It's like a puzzle that you put together.”

When she segued from painting to styling, Renée had to figure a way to transition. Her solution was to create mood boards based on story and character. “A female producer suggested I present my work to Lasse Hallstrom,” she mentions in a sideways acknowledgment of the importance of networking. The director liked what she did and hired her for her first film, Once Around. That lead to a five-film collaboration includes What’s Eating Gilbert Grape and ultimately, Chocolat which got her a BAFTA nomination for Best Costume Design. On the set of A Simple Favor

On advice to those who want to pursue costume design as a career, she references drive and ambition and acknowledges that women are often reluctant to own those desires. “I knew my skills were suited to this job. You have to put yourself in front of people. You have to be clear and collaborative, and you have to know what you know. Sometimes I’d get a job and think, ‘I can’t do this.’ That’s part of the process. You build on what you know. Naturally, you stumble, but you must specify your path and understand the costs. You will have to go on the road, have to leave your family, work hard and long hours, you have to be tenacious. It’s not easy, nor as glamorous as it may look. It’s important to be strong and open.” She pauses and then repeats. “Women have to understand that the word ambition is a good thing.”