Sundance Docs: The Inventor: Out for Blood in Silicon Valley

by Brent Simon January 27, 2019
Share on FacebookShare on TwitterShare on PinterestCopy URL 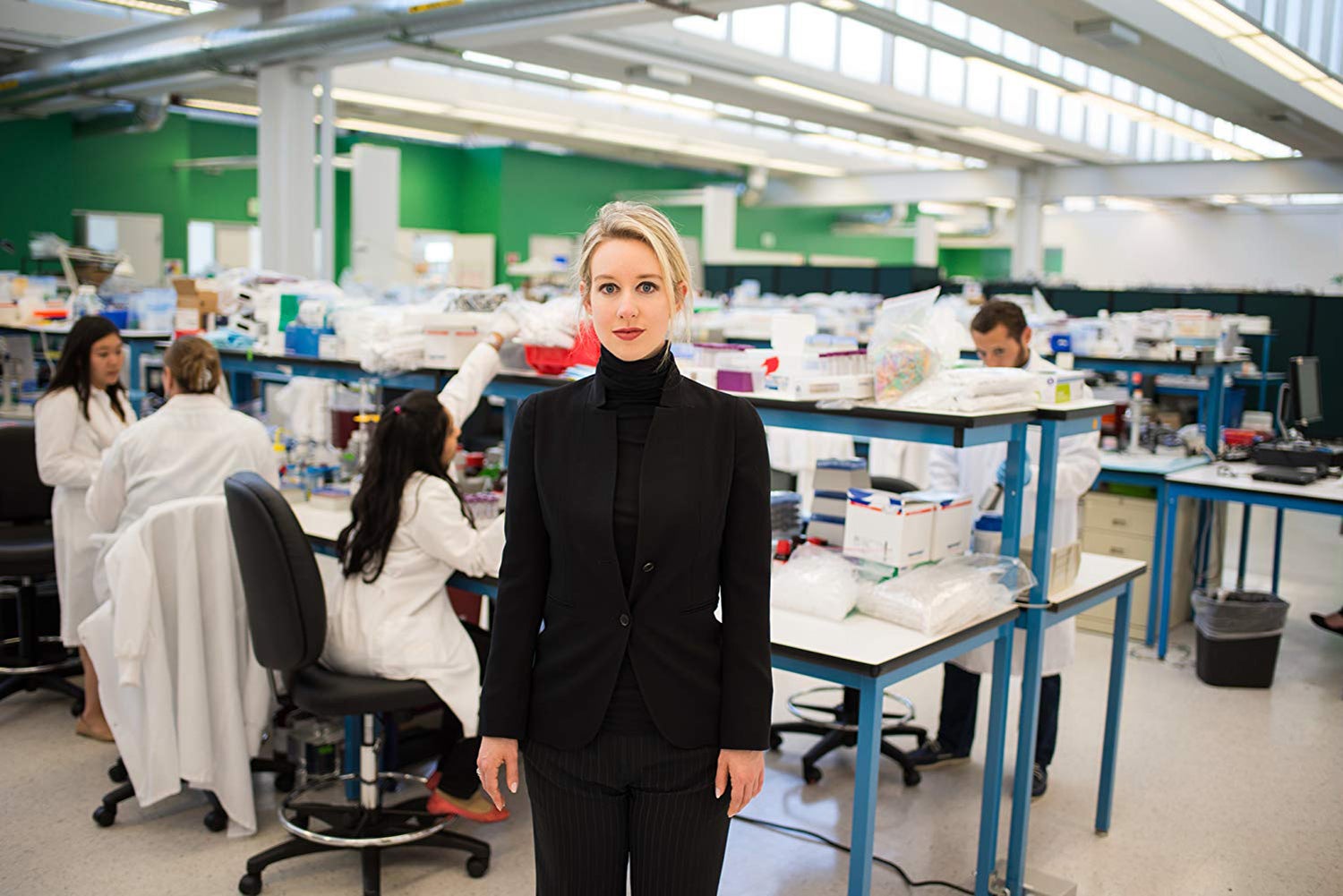 Elizabeth Holmes in The Inventor: Out for Blood in Silicon Valley (2019)

Documentary filmmaker Alex Gibney has, over the course of his career, made many movies about disruptive figures — sometimes controversial, though not always so — who have crossed over from their respective industries into the broader realms of social and cultural influence. In telling the stories of subjects as varied as Apple founder Steve Jobs, writer Hunter S. Thompson, disgraced cycling champion Lance Armstrong, corrupt lobbyist Jack Abramoff, and musicians like James Brown and Fela Kuti, Gibney has displayed an instinct for digging down into difficult or inscrutable personalities, and perhaps revealing broader truths about what their success or embrace say about our society, in various eras.

That curiosity about the precise intersection of ambition, creativity, and situational ethics again manifests in Gibney’s most recent work, The Inventor: Out for Blood in Silicon Valley, which debuted on opening night at the 2019 Sundance Film Festival. The movie tells the story of Elizabeth Holmes, the wunderkind founder and CEO of Theranos, a now-defunct biomedical and technology company, who several years ago claimed to have created a revolutionary blood panel test that could simultaneously screen for hundreds of diseases utilizing only the amount of blood needed from a quick, small finger-prick.

Taking inspiration from her idol Steve Jobs, Holmes’ envisioned a future in which people had more control of their own health care, with the ability to pre-screen and catch diseases early – all courtesy of an attractively packaged, mass-market device named after another of her heroes, Thomas Edison. She began a PR charm offensive and became a media darling, appearing on a wide array of talk shows and magazine covers. Needless to say, this all panicked market monopolists in the medical testing community, whom it seemingly rendered on the verge of obsolescence. The only problem? Holmes’ claims were not true.

Sturdily built with a wide array of interview subjects – from Theranos employers and whistleblowers to print journalists who both botched and broke the story – The Inventor tells a fascinating story (it’s no coincidence that Jennifer Lawrence has signed on to a feature film adaptation of the book Bad Blood, which tells this same story), and in a manner that also doesn’t require any in-depth knowledge, or even hardcore interest, in science and technology. This is at its core a human story. But is the grand arc of Holmes’ tale one of narcissistic sociopathy, or rather that of a lie born of ambition and secrecy – which then snowballed into something more criminal, in which investors were defrauded and patients were actively lied to about their personal medical histories? It’s a credit to Gibney that the answer could persuasively be argued to be both.

Presented here in a wide variety of archived interviews, company-commissioned footage and interviews done by Errol Morris for a series of flattering Theranos commercials, the rarely blinking, slightly unnerving but nonetheless impressive Holmes recalls another disgraced CEO recently in the news: Billy McFarland, the Fyre Media CEO (currently serving a six-year sentence on wire fraud charges) whose Fyre Music Festival, a luxury party that was to have taken place on an island in the Bahamas, went down in a flame of lawsuits and recrimination. Like McFarland, Holmes is, regardless of the specifics, first and foremost guilty of selling people an aspirational dream and leveraging their hopes and desires against better instincts and judgment. While still a bit shaggy (in its current form the movie runs just under two hours), The Inventor is a compelling portrait of curdled idealism and ambition, and how much damage that can bring, especially when it comes in a glossy, privileged package.