by Lorenzo Soria August 5, 2019
Share on FacebookShare on TwitterShare on PinterestCopy URL 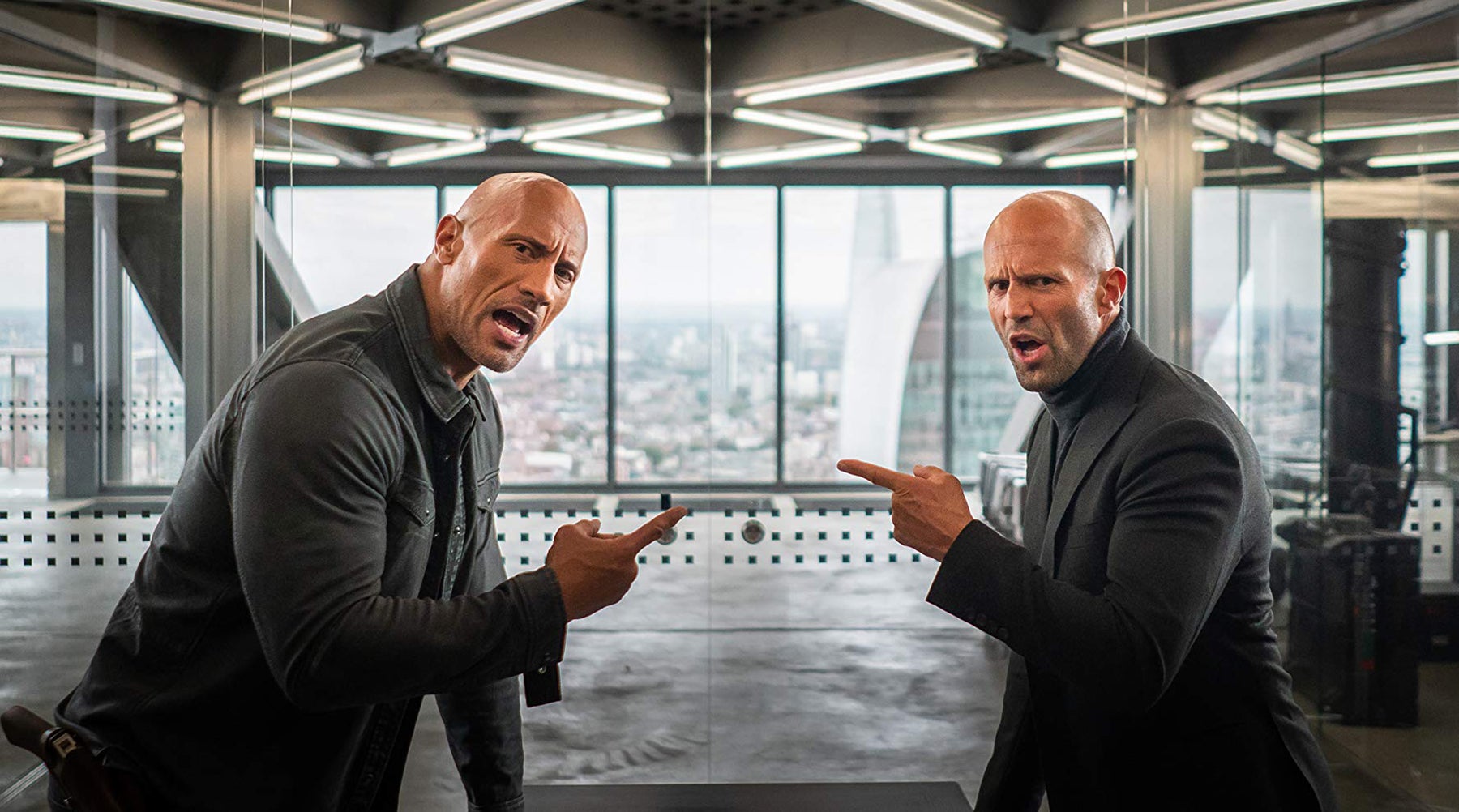 Fast & Furious Presents: Hobbs & Shaw led the pack in a strong worldwide frame that ended season-long tensions about an overall slow summer. Universal's Fast & Furious spin-off took $180.8 million from its global debut. US sales for this Dwayne Johnson and Jason Statham-led pic, at $60 million, were career highs for both actors outside of movies in its parent franchise. In this movie, The Rock and Statham play a cop and a criminal, who don't like each other but have to join forces to fight an even worse criminal, played by Idris Elba. Hobbs & Shaw, like all of the other Fast & Furious films, had a very diverse audience. Caucasians made up 40% of viewers while Hispanics were 27% and African Americans were 30% of the audience in the US. Targeted marketing to Latinos paid off after songs from reggaeton stars Bad Bunny and El Alfa featured heavily in its campaign.

Overseas sales were worth $120 million. Top markets include Russia at $8.2 million and the UK at $7.8 million, while China has yet to open. Overall H&S had the third-highest opening of any of the Fast & Furious films, lagging behind the two billion-plus dollar entries, Furious 7 and The Fate of the Furious.

Local Chinese hit Nezha meanwhile added $122 million in its home market. Its lifetime gross is now $336 million and it has become the best-selling animated movie ever in the middle kingdom, passing up Zootopia's record. It is based on a classic Ming Dynasty novel called Investiture of the Gods and features characters and plot elements drawn from Chinese mythology.

The Bravest, another Chinese movie, managed to squeeze $78.8 million from its local launch even with such a big competitor on the market. This film, about firefighters, received 9.6 out of 10 stars on Maoyan, one of China’s audience reaction polling sites, after advanced screenings. It's about a massive firefighting effort undertaken after an oil refinery explodes.

No new films opened in wide release in the US besides Hobbes & Shaw. Disney's The Lion King closed its third weekend with $48.2 million and reached a domestic cume of $430.889 million. It also took in $72 million overseas and finished the week with worldwide sales of $1.195 billion. It's now Disney's fourth billion-dollar movie of 2019. Sony, with their Marvel project Spider-Man: Far from Home, is the only other studio that has pulled off a ten-figure release this year.

Toy Story 4 will soon become a fifth Disney movie in that by now not so exclusive neighborhood. Woody, Buzz and company's 7th week in theaters was worth $17.35 million. That brings T4's global cume to $959.2 million and should let it add another zero to that total within a few weeks.

Overall, this summer's sales are up 2% compared to last year. This frame scored 7% over last year's August opening and helped do away with fears of a slow season that started back in June.

Next weekend should be fairly quiet for newcomers in the US. Scary Stories to Tell in the Dark is the biggest opener, alongside mafia wife drama The Kitchen and children's adventure Dora and the Lost City of Gold.

Cecil B. deMille
Ready for My deMille: Profiles in Excellence-Joan Crawford, 1970
August 5, 2019
HFPA
Meet The Luckiest Photographer at the HFPA Grants Banquet
August 5, 2019