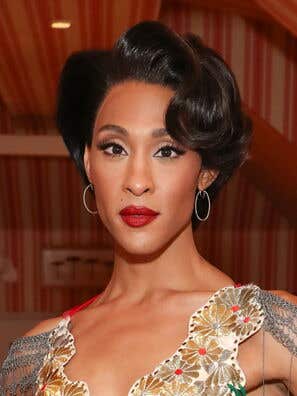 Rodriguez was born in Newark, New Jersey, to an African American mother and a father of half Puerto Rican and half African American descent. Growing up in Newark, she caught the acting bug at age seven and became dedicated to pursuing the profession after her mother enrolled her in the New Jersey Youth Theater program at the age of 11, where she remained involved for seven years. Rodriguez attended several performing arts schools in her youth and was finally cast as Angel in a theater production of Rent, winning the 2011 Clive Barnes Award for her performance. TV appearances followed in Nurse Jackie (2011), The Carrie Diaries (2013), Dear Pauline (2014) and the Marvel Netflix show Luke Cage (2016). Rodriguez earned a Tribeca Film Festival Best Actress nomination for her supporting role in the 2017 film Saturday Church and also appeared in off-Broadway productions including Runaways and Street Children. She became part of the largest transgender cast ever to appear in a scripted TV series when she joined the series Pose as sassy house mother Blanca Evangelista.