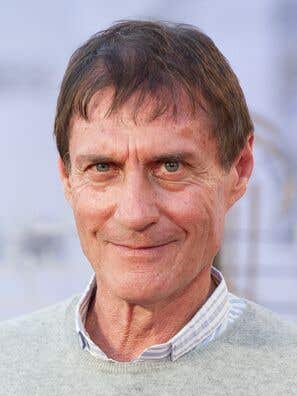 Roland Joffé (born in London, England, November 17, 1945) directed movies like The Killing Fields (1974) with Sam Waterston and Haing Ngor, about the Khmer Rouge in Cambodia, The Mission (1986) with Robert De Niro and Jeremy Irons, about Jesuit missionaries in 18th century South America, Fat Man and Little Boy (1985) with Paul Newman, about the building of the atom bomb during World War II, City of Joy (1992) with Patrick Swayze and Om Puri, The Scarlett Letter (1995) from the 1850 novel by Nathaniel Hawthorne, with Demi Moore and Gary Oldman, There Be Dragons (2011) set during the Spanish Civil War about the founder of Opus Dei, The Forgiven (2017) with Forest Whitaker as Desmond Tutu.