by Helen Hoehne April 22, 2020
Share on FacebookShare on TwitterShare on PinterestCopy URL 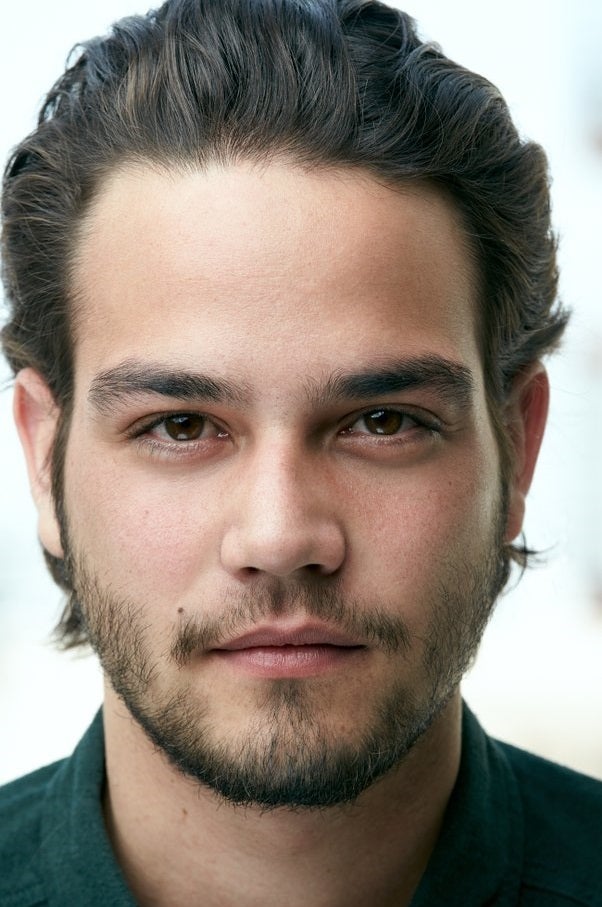 Costa Rican actor Daniel Zovatto, who prefers to be called Danny, has been working in films and television since 2012. Known for his roles in movies like Don't Breathe and It Follows, and AMC’s drama series Fear the Walking Dead, he now stars as Detective Tiago Vega on Showtime's Penny Dreadful: City of Angels. The highly anticipated spin-off series to Penny Dreadful, created by the series’ original showrunner John Logan, has some of the same mysterious and supernatural elements as the first series while also standing on its own merits. We caught up with Danny on Zoom to talk about the show and what we can expect to see from the new spin-off.

Penny Dreadful: City of Angels premieres April 26. Was the series affected by the pandemic?

Were you familiar with the original Penny Dreadful series?

Yeah, I was familiar with it. I obviously spent a lot of time watching it prior to working on this one, but I had also seen the first season earlier when it first came out. I usually don’t watch a lot of TV but I was a big fan of John Logan, both as a person and as a creator of the show. His variety of work is huge: Any Given Sunday, Gladiator, The Aviator, just to name a few. I was excited to be in the hands of a guy of that caliber and to have someone like him mentor me.

How does this series differ from the original?

The first Penny Dreadful talked a lot more about the monsters, whether it would be Frankenstein or some other monster we know from literature. It was set in Victorian times and in that sense was a lot darker and moodier. Our show has the component of the supernatural but it’s also a lot closer to reality. I love that about John. He is able to mix these two things together and make it very relatable. With this one, it’s more about the monsters within us, the things that we do that hurt others, both as a society and as individual people.

Looking at your previous work, you seem to have an affinity for the horror genre.

My dad scared the shit out of me when I was nine or ten years old. We were in a hotel room in San Francisco and we watched The Shining together. I’ll never forget it. I was thirsty and said, “Hey, Dad, let's get a soda.” Instead of just getting it, he hid and scared the shit out of me. I guess since then I've always been a huge fan of the horror elements of movies – especially of all the John Carpenter movies of the ‘80s. They have an element to them which is outside of the characters – usually the cinematography and the music – which becomes its own component to the whole story. I like stories where you go into a different world and disappear.

In the first episode, you thank your mother for your becoming a detective. Who has had the biggest influence on you?

Her – my Mom! She was a TV host in Costa Rica. I grew up watching her and I loved her relationship with the camera. I loved her passion and I loved that she loved to do what she did. Later on, when my friends were making fun of my acting dreams, and I reached a point where even I wasn’t convinced anymore that I could make them come true, my Mom was there, encouraging me, saying, “It's in you, so you’ve got to keep thinking that it is a possibility.” I really thank her for that because she believed in me and pushed me to do things.

What have you learned from your father?

My dad is from Argentina and he is a workaholic. He is very disciplined and always says, “You’ve got to sit and do the work.” So that's also instilled in me and it’s probably the reason why I love to focus on my work.

How much did you know about the LA of the ‘30s?

I knew about the Great Depression and the boom of the economy and then obviously about the movies, but I didn't know the full story of how the city was built. I live in LA now, and I drive around the city, and you just wonder how all these highways were built. So that's one of the coolest things, there's a lot of history behind the show that is accurate. I've learned a lot about the first highway being built – which is a big component of the first season’s plot – and how much that affected different minorities, like the Chicanos, Asians and African Americans.

You grew up in Costa Rica. How would you describe your childhood there?

Amazing. Costa Rica is a magical place for many reasons, not just because of the beaches and the forest. We have a slogan ‘pura vida,’ which means ‘pure life.’ We live by that, and it's all about family, living life, and enjoying it. Work is secondary. So when I was growing up, I really got to appreciate family and nature. It felt like a small bubble.

When did you start dreaming of becoming an actor?

I don’t know. It was always inside of me and something that I wanted to do. I had no point of reference in Costa Rica because there is no film industry there. I looked at a few Mexican actors like Diego Luna, Gael García Bernal, and Benicio del Toro and thought to myself, “If they did it, maybe I can do it.”

How difficult was the auditioning process for Penny Dreadful: City of Angels?

It took four months. I usually hate auditioning but this time I enjoyed it because John really works with you. Because he is also a writer, he is very lyrical and expressive, and it feels like he is feeding you rather than just directing you.

The series tackles some serious issues such as immigration, culture, and racism.

And we still tackle the same issues today. History always repeats itself. The show takes place in the 1930s but when it comes to these issues, not much has changed. I hope this show will provoke some conversations about all of us being more accepting of one another.

I’m really lucky because I don't have to go to work. I love to paint so I’ve been doing a lot of that. I’ve had a couple of art shows in the past. I’ve also taken some master classes online and I’m creating this new animated show with a friend of mine. So creating all the art and getting the artists together is keeping me busy.

Are you binge-watching anything?

The last thing I binge-watched was Tiger King. It was mind-blowing and crazy. I also love Band of Brothers. There’s always something new that you discover in each episode – it never comes to an end.