HFPA-Funded Restoration of “Paths of Glory” Screens at Karlovy Vary

July 2, 2019
Share on FacebookShare on TwitterShare on PinterestCopy URL 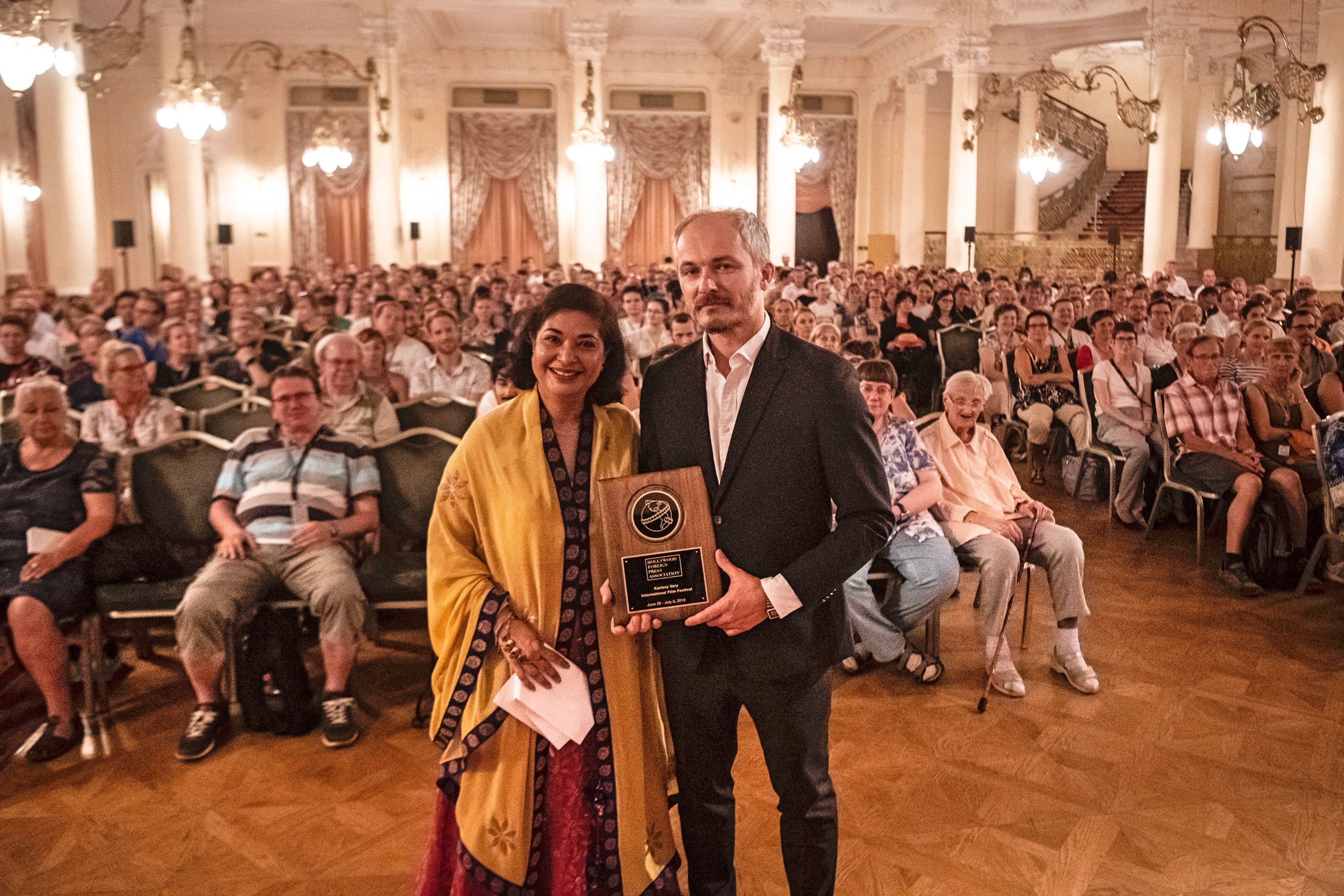 The Karlovy Vary International Film Festival, one of the world’s oldest, is celebrating its 54th iteration this year, and one of the highlights of this year’s edition was the screening of Stanley Kubrick’s 1957 anti-war masterpiece Paths of Glory in the festival’s Out of the Past section. This film is one of the 92 films restored with HFPA funding in collaboration with Martin Scorsese’s Film Foundation.

The sold-out screening took place at the 18th century Grandhotel Pupp’s baroque cinema, and enthusiastic film lovers, primarily students, lined up for hours to secure good seats. In fact, young people make up a majority of the audiences at this festival, which focuses on Czech and Middle European films, and the festival actually provides camping grounds for those who cannot afford hotels, an area known as ‘tent city.’

The screening was introduced by Meher Tatna, HFPA’s outgoing president, who addressed the urgent need to safeguard cinema’s legacy as, according to the Library of Congress, 80%of films made before 1920 and 50% of those before 1950 have been lost. “As film lovers and journalists, it is imperative for us to help preserve our cinematic heritage, to maintain that record of how we lived and felt and dreamed, to understand the experiences of times different from ours, so as to inspire future filmmakers to add to that legacy.”

Film restoration has become a large part of the Association’s philanthropical mandate. Aside from the Film Foundation, the HFPA has partnered with Cineteca di Bologna; Outfest and UCLA Film and Television Archive which created the Outfest UCLA Legacy Project, the only program in the world dedicated to preserving gay, lesbian, transgender and bisexual moving images, IndieCollect, whose focus is preserving independent films and the Institut Lumière for the restoration of the second phase of the Lumière brothers one-minute short films. The HFPA has also funded the nitrate retrofit of the projection booth at the Egyptian Theater in Hollywood.

To date, the HFPA has donated $6.5 million towards 125 film restoration projects.

Film
Out of the Vaults*: “Paths of Glory”
Read More