by Michele Manelis September 28, 2020
Share on FacebookShare on TwitterShare on PinterestCopy URL 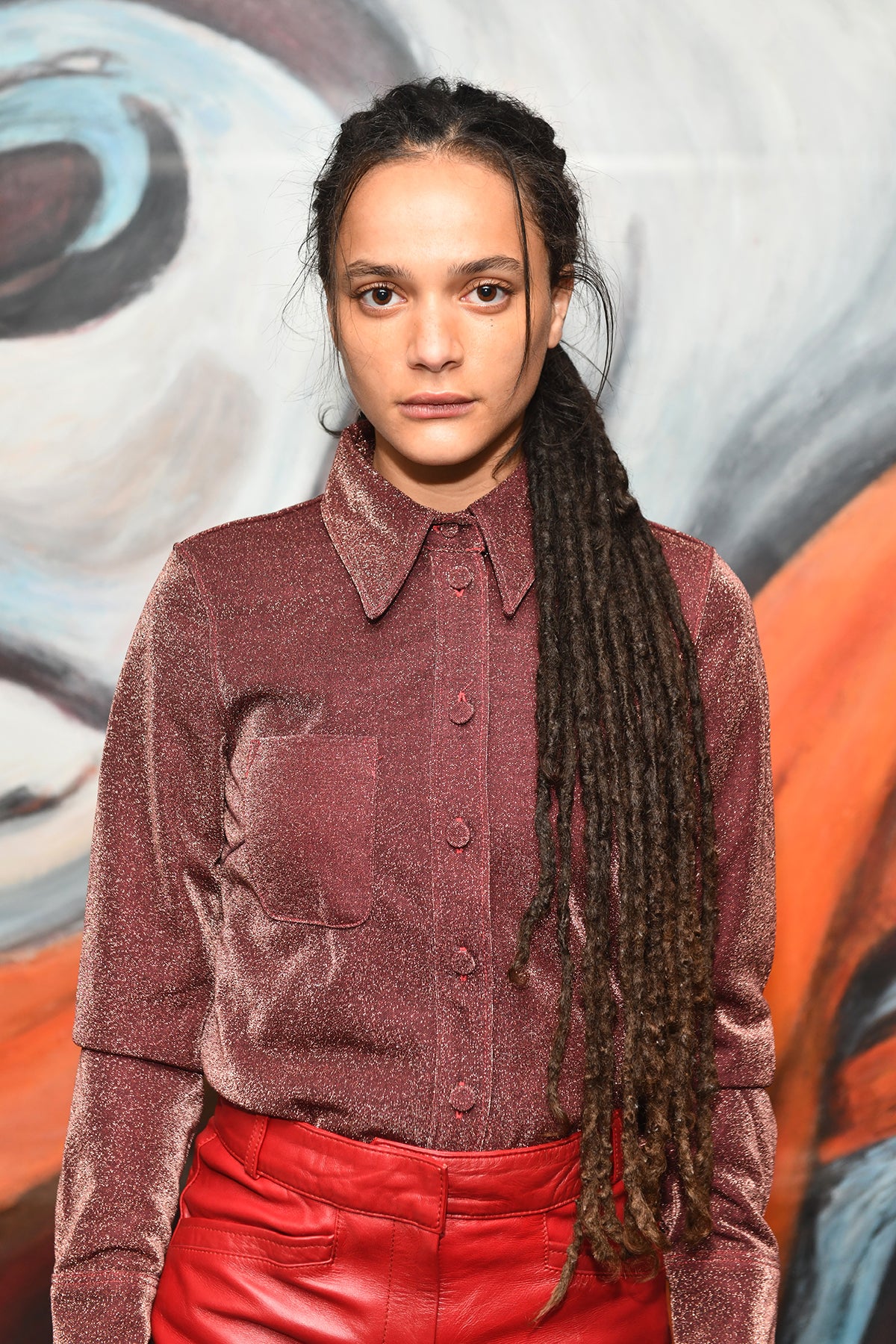 Sasha Lane stars in Utopia, the latest offering by Gillian Flynn (Gone Girl) who adapted this critically-acclaimed British series for the United States. Lane, 24, stars opposite John Cusack and Rainn Wilson in the role of Jessica Hyde.

Utopia is about a group of comic book fans, young adults, who meet online and believe in a graphic novel, “The Utopia Experiments”, which predicts several disastrous epidemics. The group becomes the target of an organization called The Network who is hunting down anyone in possession of the Utopia manuscript. Lane’s character, Jessica, is on the run from The Network’s two hitmen she’s been evading her entire life. She meets up with the group and helps them circumvent their own capture, and in doing so, tries to solve the web of mysteries and conspiracies around them. 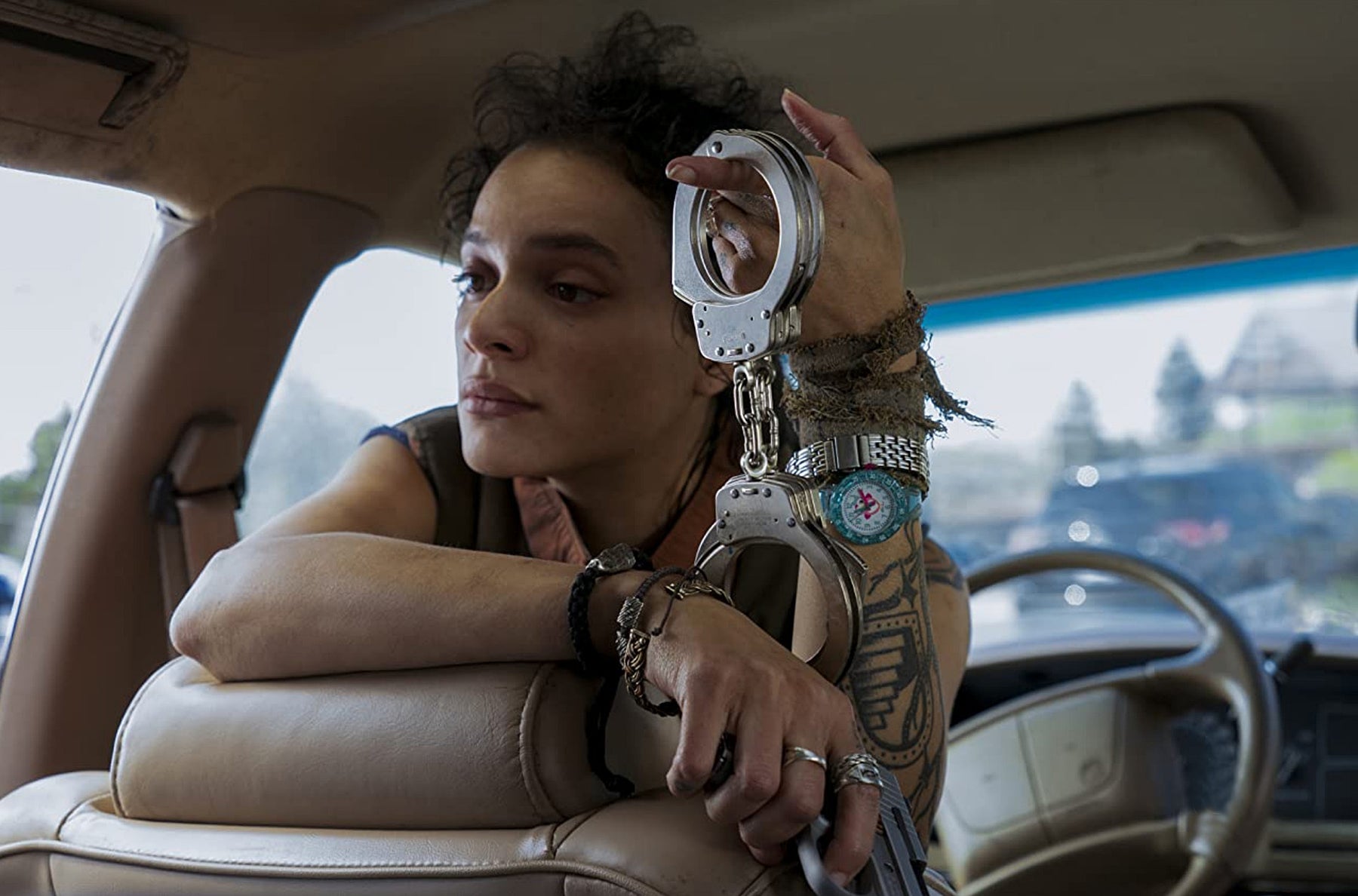 Lane made her film debut in the award-winning movie, American Honey (2016), starring opposite Shia LaBeouf and Riley Keough, after being spotted on a Miami beach by the film’s director, Andrea Arnold. She followed up with roles in Hearts Beat Loud, opposite Nick Offerman, and The Miseducation of Cameron Post, Hellboy, and will next appear in the superhero series, Loki, starring Tom Hiddleston.

How much did you understand Jessica when you first read the script?

I feel like I understand Jessica a lot. It was one of the reasons I was really obsessed with wanting to play her, it reminded me of my past which sounds weird, but I always felt like I was in a survival mode, at least mentally. I didn’t really know how to deal with my emotions and didn’t really want to connect with people. So, I think that’s what attracted me to her. But I’m not on the run! Not anymore. I like to stay in one place for the most part – in Chicago, where I live.

Are you a comic book fan?

To be honest, it’s never really sparked me. I found a couple of graphic novels that were true crime murder mysteries and that was kind of cool, but I’ve never really had that kind of interest in them, though this one is obviously good (laughs).

What would a Utopian world look like to you?

A lot of trees. I would want everyone to be chill and peaceful and happy, but I don’t even know if you can really thrive on everything being completely perfect.

As you’re new to the business, I’m wondering if you were starstruck by either John Cusack or Rainn Wilson?

I loved The Office and I was obsessed with that show so knowing I was going to work with Rainn Wilson made me giddy. I was like ‘Oh, this is cool, I hope he doesn’t think I’m lame!’   And obviously John Cusack is amazing and is an incredible actor.

Your career has really taken off so quickly since American Honey. How would you describe this time in your life?

I think maybe in the past couple of months is the first time that I actually started feeling comfortable about it. As you said, it happened very quickly, and it wasn’t even something that I sought out. I think the biggest shock there is to receive such a blessing that you didn’t even want and figure out how to handle that. I felt a lot of guilt and a lot of uncomfortableness.  Until now, I couldn’t even say that I was an actress because it just sounded weird coming out of my mouth. I’d like to say that now I’m taking it more for what it is, and just enjoying the ride.

I know you were discovered lying on a beach. That’s an incredible story and doesn’t happen every day. What did your friends and family say to you when you came home and said, ‘Guess what happened to me today?’

You must be a big believer in fate I imagine?

Absolutely, I don’t think anything just happens. I think there’s a reason why I was found on the beach, a reason why I was thrust into this. I didn’t have anything to lose at that moment, so it was kind of the perfect way to just jump into something.

Did you have a mentor of anyone guiding you through? I imagine it must have been pretty overwhelming in the beginning.

I think the closest to a mentor would be Riley Keough who was in the film. We became extremely close at the end of filming because we weren’t really allowed to be friends when we were filming. She kind of held my hand through a lot of it and reminded me that this is all crazy, this is all happening, but I am still 20 years old and I can still enjoy it. She just made me feel a lot calmer about it. She’s such a grounded person especially, coming from her family.

What has been your biggest pinch-me moment?

At the Cannes Film Festival. I wasn’t even allowed in my hotel before the movie premiere because they thought that I was just some random person on the street in sweats and I didn’t belong in my hotel. Then all of a sudden, the movie premiered, and my brother was there with me. We’ve gone through a lot together and I don't think anything will ever top that experience.  I realize that it’s not a normal thing. It was definitely my own kind of utopia at that moment. 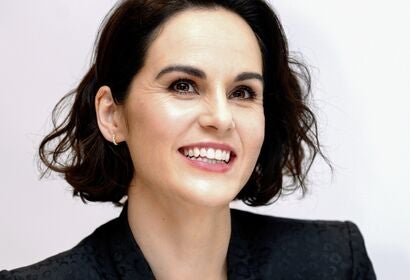