In Dahvi Waller’s “Mrs. America”, the Fight to Ratify ERA

by Margaret Gardiner April 15, 2020
Share on FacebookShare on TwitterShare on PinterestCopy URL 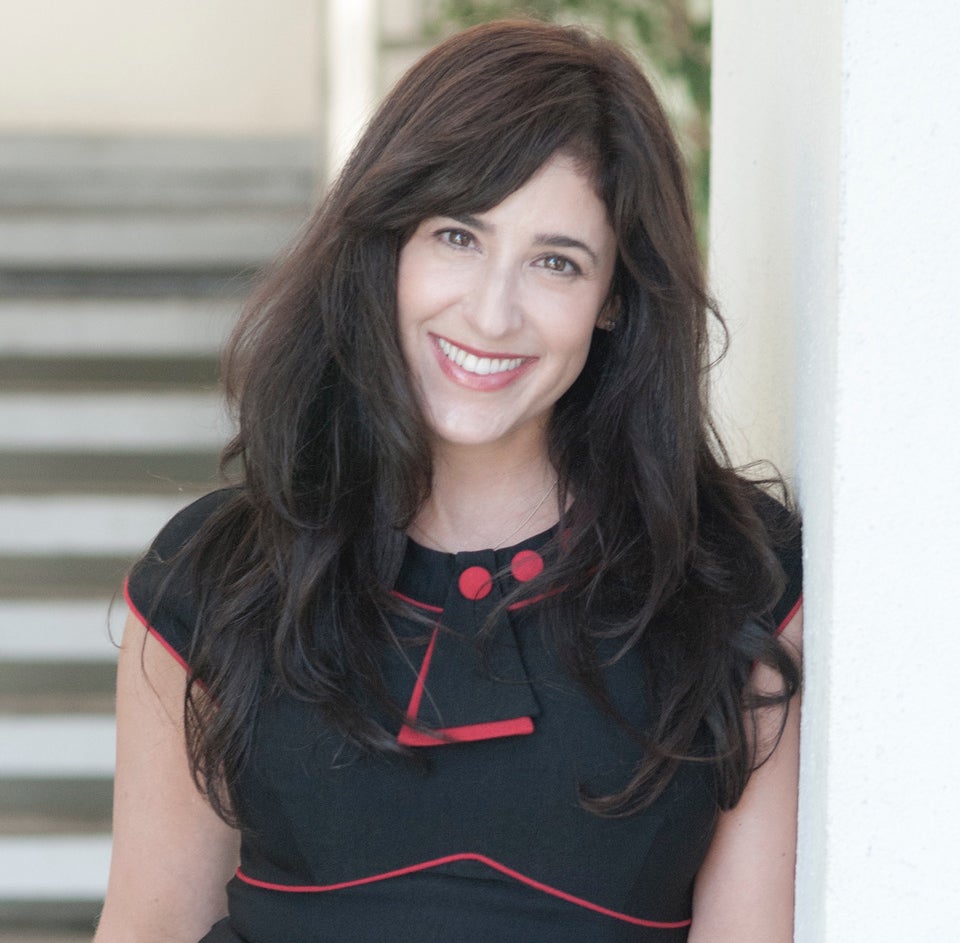 Mrs. America tells the story of the fight to ratify the Equal Rights Amendment in the early ‘70s. The legislation which would have constitutionally sanctioned the equality of women initially seemed like a done deal. It would, however, meet with unexpected resistance from conservative sectors of the country in the form of a crusade led by anti-feminist firebrand Phyllis Schlafly, who would ultimately derail it and make it a centerpiece of the culture wars used as a rightwing tool to this day.

“I was confident I could go into the world and achieve my dreams,” says Dahvi Waller, the creator, showrunner, and executive producer of Mrs. America. “It was a rude awakening to get to Los Angeles and start working in Hollywood and realize I’d been raised in a bit of a bubble. I had no experience with discrimination against women in the workplace, but luckily by then I was already an adult, and my confidence was already embedded.” The cast of the nine-part limited series is headed by Cate Blanchett (Phyllis Schlafly,) Rose Byrne (Gloria Steinem), Uzo Aduba (Shirley Chisholm)  and Tracey Ullman (Betty Friedan). It’s a sweeping look at the history that gave rise to the conservative right and shaped the feminist movement, told on a personal level. It can be found on FX on Hulu.

After purchasing a one-way ticket from your birthplace of Montreal to Los Angeles, you said you got your first breakthrough a friend, an example of women helping women?

When I arrived in Los Angeles, I only had one contact, Vanessa Taylor, who co-wrote The Shape of Water. She was writing a pilot for WB called Jack and Bobby. She said, “Let’s see how the pilot goes, if they need a writers’ assistant, I’ll call you. A few months later she did. I submitted my resumé, got an interview and the next thing I knew I was a writer’s assistant in the writers’ room. A year later I had an agent and a job as a writer. (laughs) It was so amazingly fortuitous that my one contact was the amazing Vanessa Taylor. It demonstrates women helping women. It's something I've always felt was important to do now that I am more established in my career. I carry it forward. It’s very important to mentor young writers coming up through the ranks and in particular women and people of color who don't often get the same opportunities.

You've mentioned that your parents are feminists; what were their occupations?

My mother is a psychotherapist. She did family and individual counseling. My father is a political scientist, he retired from McGill University where he taught American Government, Constitutional Law, and State Court.

Why did you choose to tell the story of Phyllis Schlafly?

One of the producers pitched it as looking at it from Phyllis’ point of view. I thought that was really clever. There have been a lot of documentaries and books about feminism and the attempt to ratify the ERA, but none really included Phyllis. It seemed a fresher way to tell the story. At the same time, I didn't want to only have a story from her perspective. I wanted to bring all the feminists into this series, republicans, and broader than simply Phyllis’s organization against the Equal Rights Amendment. Figuring a way to weave all of those stories together was one of the big challenges of making Mrs. America.

We have not seen Shirley Chisholm's story highlighted or told often; she was the first African American US Congresswoman. You've incorporated a lot of history even though you're telling a personal story. What were the challenges in telling the broad and personal stories?

Whenever you do a historical drama for television one of the challenges is that it is not a history class, it's not a history textbook. You want to make it entertaining. You have to balance the information of history, which is quite complex. You're trying to explain the ratification of the constitutional amendment to anyone who's not American or doesn't study American history, all the politics of delegates at the convention can also be very daunting to explain. How to get that information into a series while also keeping the entertainment value. At the end of the day, it's a television show and we are here to entertain. This series covers 1971 to 1980. Early on we made a decision not to tell a comprehensive study of nine years, that details every mistake or action. We decided to parachute each episode into a very personal story that took place along a timeline, but to case it in the larger political story in a very personal way, so you get more invested in the people. It’s the most satisfying way to learn about this time in history. What are the most dramatic and emotional points along this journey and how can we tell their stories? Each episode is a one-hour story that fits in the larger story but has a connective tissue that arcs over the series.

Did you interview any of these big names in history that have been sidelined as ‘women's heroes’ rather than changers of history?

I love how you phrased your question because you're right, I grew up watching so many shows centered around men and we don't call them ‘men's shows’, so why do we call shows centered around women, ‘women’s shows’? They should be called television series and should be for everyone. It's disappointing that women will watch shows centered on men, but men won't watch shows centered on women, and I hope that changes. As far as who I spoke to, I made the decision early on that I didn't want to speak to any of the women that I've portrayed in the series as consultants on the show, or about the show because I knew I wanted to tell this story from multiple perspectives so you cannot be beholden to any one person's version of what happened. I wasn't doing a biopic. I consulted the primary sources: books, newspaper articles; I watched video interviews and documentaries and interpreted what happened without their lens.

For a long time, anti-feminism was the mindset. If you said a woman was feminist, it was an insult. What changed so women once again raise their voices?

I'm not sure so much is changed. Only a few years ago there was a trend on social media, many young women holding signs saying: I am not a feminist. The stigma and denigration of the word feminist has stayed with us even to today. It seems like Trump’s election was a turning point. Women galvanized in the Woman's March, to stand up. It became apparent we had not come as far as we thought and that the rights we think we have, are tenuous and can be taken away, for example, the restrictions on abortion over the last 10 years. It really galvanized women to stand up and scream, and shout to be heard, which I think is wonderful.

In the show you demonstrate how language has been co-opted, for instance antiabortion has become pro-life, to talk about why labels are important.

Labels are important. You mentioned the word feminism became an insult. Anyone who says they are a feminist can easily be denigrated. The thing Phyllis was so brilliant at, and Cate mentioned early in the process, was that by manipulating language, concepts get turned upside down. They’re not anti-ERA, they are pro-family. That co-opts the language of feminism and put themselves on the side of ‘right’. To say they are for the rights of homemakers. There's no such thing, but by co-opting the word ‘rights’ and using it for homemakers, it implied the inalienable right to something that doesn’t exist. Taking one word and using it for your cause can have a ripple effect. The better we are able to create a message that really resonates with people and motivates them will produce success.

On reviewing Mrs. America, I noted that Phyllis lived the life many feminists were advocating, while undermining the legitimate choice to do so. You show that brilliantly.

I have a complex answer. Phyllis would say, “I never said woman can't have it all.” I put that in her mouth in the pilot: “I'm not against women having careers or opportunities outside of the home, I just don't think stay-at-home mothers, wives, should have their ability to stay at home full-time, taken away from them."  Of course, the ERA would never have done that, it would not have forced homemakers into the workforce. I don't think she wanted all women to stay home. But when she took on the campaign, she changed her tune in how she presented herself. In Episode Two, looking at the newspaper articles about her speeches from the early ‘60s onward, whenever she sent in her bio before giving a speech, she never used the word, ‘housewife,’ to describe herself. In 1972 you start seeing it in the ads for speeches she is giving, that she now refers to herself as an, ‘Illinois housewife.’ I think it was hypocrisy. By presenting herself foremost as a housewife and thanking her husband for giving her permission to do speeches, it reflects more of the oxymoron you are talking about. But she never said that women should not work outside the home. She pushed the idea of herself as a happy homemaker, which may not have fit her, and gave ammunition to feminists. She was obviously traveling all over the country. It was fascinating unlocking their marriage. Fred was much older than her and close to retirement, that allowed her to have the kind of career moving all over the place, that perhaps a woman at the prime of her career, would not have been able to have. So, it was interesting to delve into that in the series.

Most people don't understand that the ERA was never ratified, there's also the false idea that many things the ERA fought to achieve have come into law sideways; so why should the ERA be ratified?

The first amendment, the right to free speech, only protects you in public places, it does not protect you in a company where you hold your job, because it’s there, people feel entitled to free speech. They say, ’It is my constitutional right’; that purveys even in these private spaces, so having an amendment that says you cannot discriminate against women in the constitution will embolden women that it is their right to demand equal pay for equal work, the right to have control of their body, the right to be safe from assault. It's important to have the amendment in the constitution. In the reading I did, yes, you can use the clause to sue someone for gender discrimination, but what if you do not have money to sue? A blanket amendment covers every discriminatory law in one fell swoop. The piecemeal way that women have to go about fighting for equality is very time consuming and a hardship. Particularly working-class women. They don't have the means to sue the government and wait for a lawsuit to go all the way to the Supreme Court because she's not getting paid the same as the man next to her in the factory. We have to think about that. 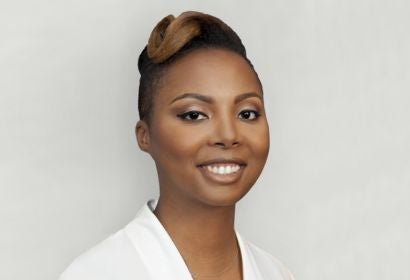 Interviews
HFPA In Conversation: Jane Levy Brings On Music And Comedy Relief
April 15, 2020
Television
"My Brilliant Friend": From Naples to the World
April 15, 2020