Dean Norris: "It was really fun to get to play the early Hank"

by Gabriel Lerman March 18, 2020
Share on FacebookShare on TwitterShare on PinterestCopy URL 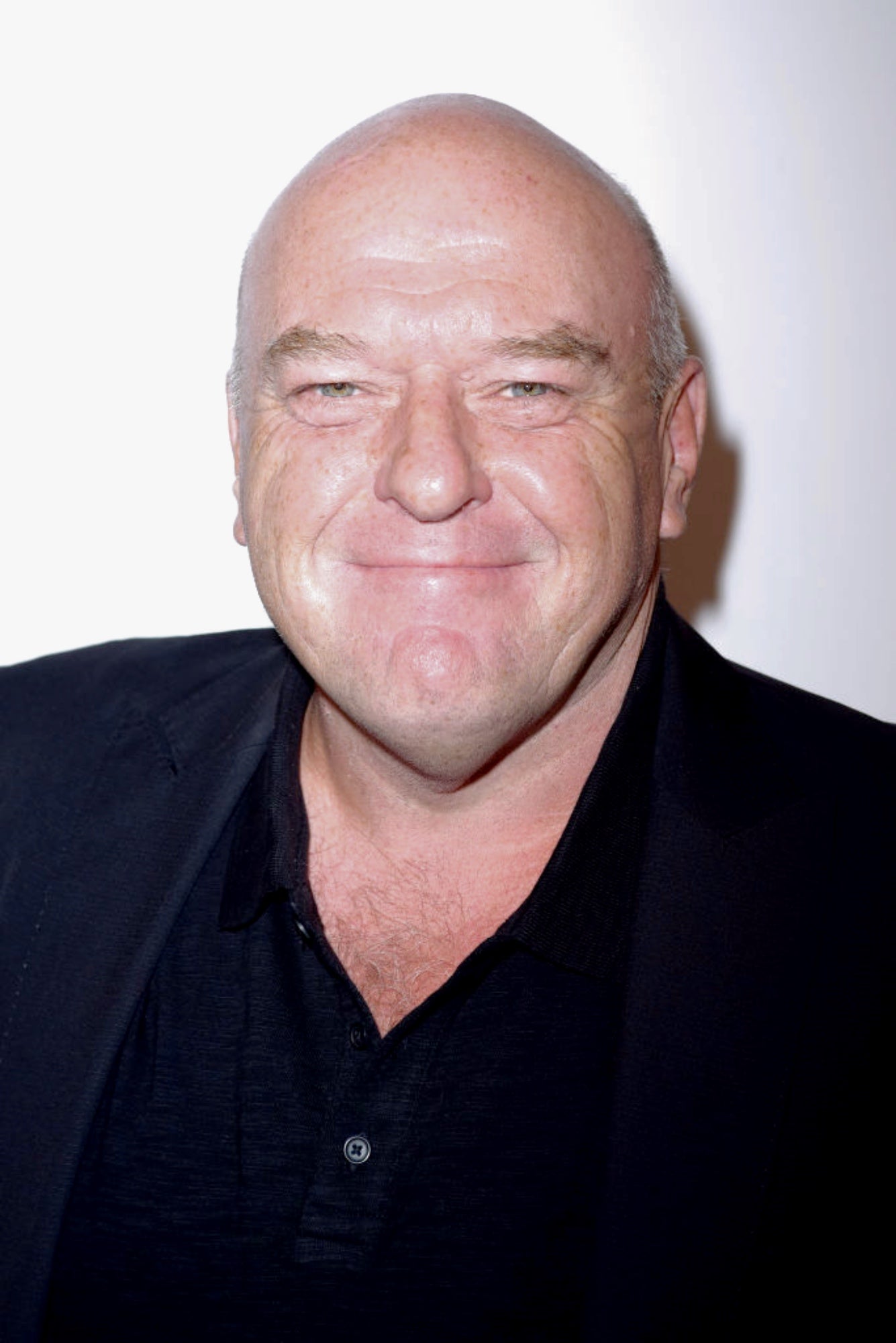 Besides from being a cult show beloved by millions, Breaking Bad had quite an awards pedigree. Bryan Cranston won the Golden Globe for playing Walter White and was nominated three more times for it. Aaron Paul received a nomination for being Jesse Pinkman and Vince Gilligan was awarded the Golden Globe for Best Television Series - Drama. But surely Dean Norris, who played DEA Agent Hank Schrader, was responsible for some of the best scenes in the show’s five seasons, as he played a game of cat and mouse with his secret nemesis and brother-in-law (Walter). Even if he was not recognized by awards, Norris was key to the success of Breaking Bad, and his return to the character in a couple of episodes of Better Call Saul was a delightful surprise for fans of the shows. We had the chance to talk to the Harvard graduate and co-owner of the Schraderbrau brewery about Saul’s Season Five.

How was the moment when you entered the room again as Hank in Better Call Saul Season 5?

It was amazing, man! It really was, because to come back to such an iconic character that I obviously very much loved, and to get a chance to play it again 10 years later, it was surreal.  And it was an amazing moment and I was lucky to have my buddy and my partner there Steven Michael Quezada.  And it was just fantastic.

Did you ever see it coming?

I had some inklings that it might.  I think as Better Call Saul was inching closer to Breaking Bad, that they might have Hank come in there.  Peter Gould had kind of talked to me, just casually, about getting back in there.  So I think once it got close I thought maybe it would come about.

But this is a different Hank because he didn’t go through the many horrific things he goes through in Breaking Bad. So did you have to play it differently?

Well, it was really fun to get to play the early Hank when he was more macho and blowhard and he was kind of more of the fun Hank that started out on Breaking Bad.  It was before the PTSD, it was before all of the bad stuff caused him to be a different guy.  So I thought that was really fun to go back and play the younger, more fun and confident Hank.

How hard was it to keep the secret that you were coming back?

They gave me a fake name and they traveled me under a lot of fake things and they tried to keep me in a hotel where I wasn’t seen by a lot of people.  And they tried to put things to hide behind when we on the set outside.  But at the end of the day, I thought they were going to keep it quiet up until the actual episode, but I think they must have figured they can’t do it and they announced it at the TCA and I was surprised that they announced it actually.

How much Vince and how much was you that made that character as we know it?

(laughs) Well, I really tried to find things in me that adds to the character, but it was all written, those words, there’s not any improvisation in there.  And I just tried to find the truth of the character in the writing, and I attribute the fun of that character mostly due to the great writing.

But the smile was yours.

(laughs) Yeah, and the laugh. I think he uses that smile in different ways, to maybe disarm Saul a little bit when he could.  But he was a jovial guy, he loved what he did. He really loved being a law enforcement guy, and I think that was clear at the beginning of Breaking Bad.

I was looking at your career and you have done so much stuff before Breaking Bad.  But it seems to me that you didn’t get an opportunity like this before.  Am I right?

Yeah.  I think that’s true for all of us.  When you get something as great as this show and get to be a part of it, that’s a special moment in your career.

What do you think of Better Call Saul as a fan?

I think it’s a brilliant show and I think it’s really a tribute to the writers and the producers, that they can figure out a way to make a show that was a prequel to such a great show that was Breaking Bad and keep the quality the same.  So my hat’s off to them because they continue to do a great job, this season, in particular, is very good.

How was it to reconnect with Mr. Quezada as your partner?

That was so much fun.  We stayed friends over the years and when we first started Breaking Bad of course, we didn’t know each other. But now we stayed friends since Breaking Bad, so then to get to go back to Albuquerque and he and I get to play partners again. I think it is a little bit more comfortable for us and it was great working with an old friend when you are playing friends.

You probably connect the whole experience with Albuquerque, right?

Well the first year I lived there and most of the other years I would come back and forth.  But I ended up spending a lot of time there obviously.  And I have really great memories of Albuquerque and I got to go back to all the restaurants that I liked and got to visit all the people, I have a lot of friends there, and I just got to reminisce about our old times on Breaking Bad.

I think part of the fun of the show is that in the beginning of the show, he admired how smart Walt was, but Hank always thought he was the street smart guy and Walt was the brains guy.  But as it turns out, Walt turned out being pretty good being the street smart guy.  And Hank at the end used his brains to finally start getting on the track of all these guys.  So I think as the show goes on, you saw Hank in one way and Walt in a different way but Hank’s perception of Walt was completely different from who Walt really was. Hank felt like he was the older brother and Walt was his younger brother.  So Hank would rib him and give him a hard time and things like that. So when it all comes out in that garage scene, which was the last scene in the first episode of the last season, and it became oh my God, this guy is the guy I have chasing, not only that, he could possibly kill me, the betrayal was so much more intense.

So if you have to remember one scene that you did in the whole show, which one is the one that you keep closest to your heart?

It’s a small scene. When I finally realized that I am no longer going to be a policeman. It’s an episode, in season three, I think it’s in episode seven, called One Minute.  And he sits on the bed with his wife. He has this long thing where he is pouring his heart out and he says the universe maybe is saying I am not supposed to be a cop anymore.  That was always the most touching scene for me, to see Hank, this big, strong, boisterous guy, just breakdown in front of his wife and say I have got to go do the right thing, I have got to go square myself.  And I felt that was really the heart of who Hank was, even though he knew he wouldn’t be a cop anymore, his heart told him that he needed to be that person.

You didn’t get Breaking Bad in the beginning, it was a long wait until you got that role.  Did you ever think ‘I should quit and do something else’?

No.  Even though there wasn’t a big job like Breaking Bad, I worked a lot, so I was able to make a pretty good living.  And as long as I was doing that, I didn’t really think about doing anything else.  I mean I got literally my first few jobs when I went out and never had to do another job, like waiting or anything like that.  So as long as I was making enough money to have my family and everything, then I really wasn’t concerned about it.  And then everything else was kind of just gravy in the end.

So why did you go into acting instead of a different kind of job?  What did acting give you?

My dad was a singer and I always kind of wanted to be a musician when I was younger.  And then along with that, I would act in church plays and then obviously in high school and at Harvard I did a lot of acting.  And as it became clearer that I was less good as a musician and I wanted to be in the entertainment business, that I had a better chance being an actor and at that point that is what kind of got me going into it.  And I had done, I don’t know, 40 different plays when I was at Harvard. I love being on stage and I just love actors and I love being on set, so glad it worked out.

How has life been for you since the show ended?

Well, I immediately went into a show on CBS with Stephen King and Steven Spielberg and I was like okay, that’s pretty good.  And then after that did the show that I am doing now, called Claws on TNT, and it’s some fun.  I made a conscious effort to do stuff that was different from kind of the intense small cable stuff that Breaking Bad was.  And I wanted to try and broaden out and do a lot of other things like comedies, stuff like that.  And maybe at some point, I will look for another show that is a small intense show like Breaking Bad.

And you are making beer, connecting with that character too?

I am.  It’s called Schraderbrau, which Hank brewed in Breaking Bad.  And so when the 10th anniversary of the show came around, I was like oh, thinking about making an actual beer.  So I got a partner who knows the beer business and we went and found a brewery and kind of created the taste and we brewed it.  And we are in, I think we are in five, six states now and we are up to Canada, we are in a lot of different places now.  So it continues to grow.

Do you see Bryan once in a while?

I see Bryan, yeah we are both in New Orleans right now and we had dinner not too long ago.  He’s doing a show here and I am doing a show here.  So we both stay pretty busy and the most times we see each other is when we are in the same location when we are doing something.

Is Hank in the whole season or just those two episodes?

For this season just those two episodes and then we will see if whether or not there is any room for him to come back next year.

I hope you go back and I hope they convince Bryan and Aaron to show up too.

Yeah, that would be a lot of fun, wouldn’t it? 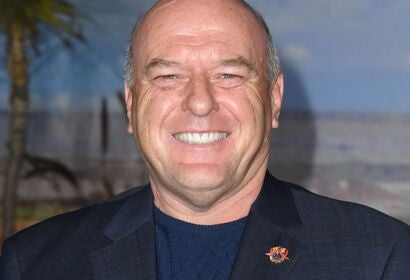 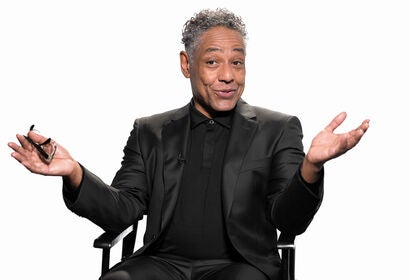 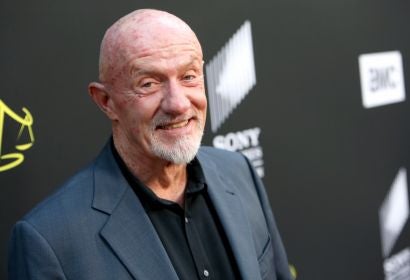