by Margaret Gardiner December 3, 2018
Share on FacebookShare on TwitterShare on PinterestCopy URL 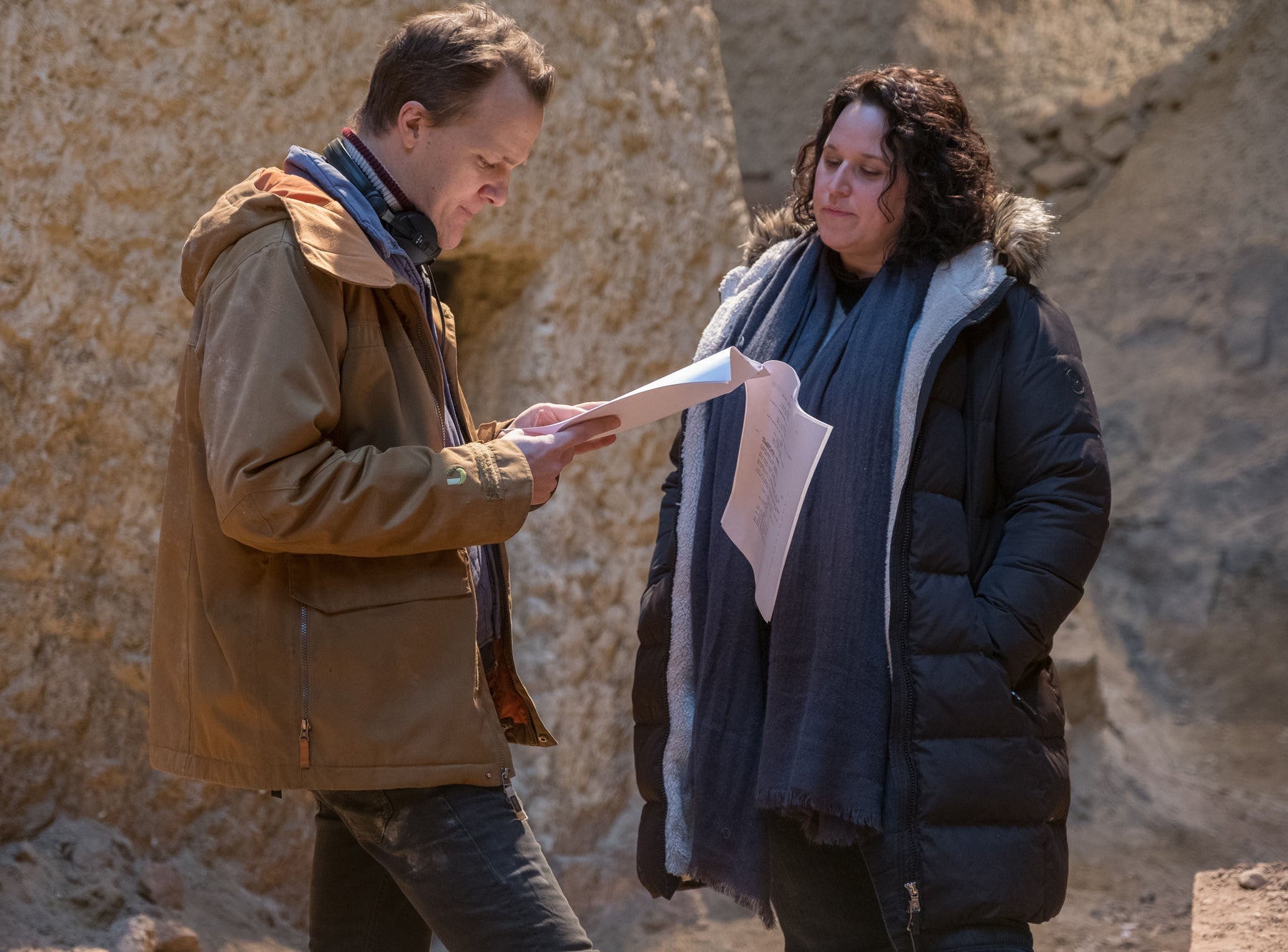 Jennifer Davisson on the set of Robin Hood: Origins

“Leadership is really important to me,” says producer Jennifer Davisson. We’re standing in a howling wind on the set of Robin Hood: Origins in Hungary, talking about the role of women behind the camera. As the President of Production of Leonardo DiCaprio’s Appian Way, she has insight into producing on a high caliber. “Everybody leads differently. Different men lead in different ways and different women lead in different ways. I don't think there is a style for men versus a style for women. Passion is the most important thing to lead with. People want to follow a passion. You have to be strong in your convictions.” However, she’s quick to point out, “That doesn’t mean you have to be the loudest and most aggressive, or the most negative in a room. That's not the way I lead.” Neither does that mean, “never let them see you be weak. I'm not a fan of that concept.”

That practical philosophy has delivered some impressive credits, including The Revenant, The Ides of March and Out of the Furnace. And yes, it may help to have arguably the biggest movie star of our times as a partner, but Davisson insists that there is a more important element at play. “Younger men are more educated, more open-minded and more willing to work with, and for, a woman. I think that's really exciting.” Of course, there are times ‘When you are not being heard. Then you say it again. My partner hears me, sometimes whether he wants to or not,” she laughs. “I think the idea of equality in the younger generations is embedded, they don't understand why it is even an issue.”

Regarding some of the issues that are currently dominating headlines, Jennifer is clear. “Women have a strong powerful voice and when you use your voice to say, ‘No, I don't like that. I don't want to be spoken to that way, or whatever it is, it is really important. At times in my career, I have been yelled at or talked down to and condescended to.” She gives a shrug. “At the end of the day, you have to look at everything from a world perspective. What it is I get the privilege of doing every day. If something happened that was negative or hurtful, you have to remember it is the job.”

Has she ever cried on the job? She chuckles. “No. I try to make work not something I have to cry over.” Then she describes her worldview. “I can be really passionate about something, but I also have to check where I am in the universe. At the end of the day, with what I get the privilege of doing every day? You have to check your priorities.”

An effective strategy for women encountering those circumstances? She doesn’t hesitate. “Knowing when to walk away. Sometimes not engaging doesn't make you weak, it doesn't mean you (abandoned it). It just means that you are not engaging in the emotion of the moment. Walking away and coming back when things have calmed down, you can address it with a stronger point of view and intelligence.”

“If you really feel strongly about something you find a way to bring it up again in a different way. That relentlessness ultimately gets anybody where they want to go. I hear ‘no’ a lot. I don't take no very often, but I certainly try to fight back any no, even if it is coming from a woman. I do it in a really intelligent way and make it about not just fighting to fight. It's really hard to look intelligence in the eye and say, ‘I still don't agree with you.’”

As the dust hurtles itself at us and we lean into the pounding gusts, Jennifer concludes the interview with an issue that dominates most working mothers. “Yes, I was fearful of guilt when having children. How to resolve these two great passions of my life – my job, which I love, and being a mother to two lovely daughters, which I love. I was very concerned I’d be guilty. I worked really hard to not make guilt my narrative. My narrative is that I have one life, and my life includes my amazing, wonderful, demanding job, and my life includes my wonderful, demanding, amazing two daughters.” She turns her back as another onslaught of sand hurtling at us. When the gale takes a breath, she faces me squarely with a smile. “My mom was a principal. I would go and see her work. She had green eyes, and I swear, her eyes were a brighter shade of green when she was at work. I want that and hopefully, my girls will want that too.”