by Margaret Gardiner August 11, 2020
Share on FacebookShare on TwitterShare on PinterestCopy URL 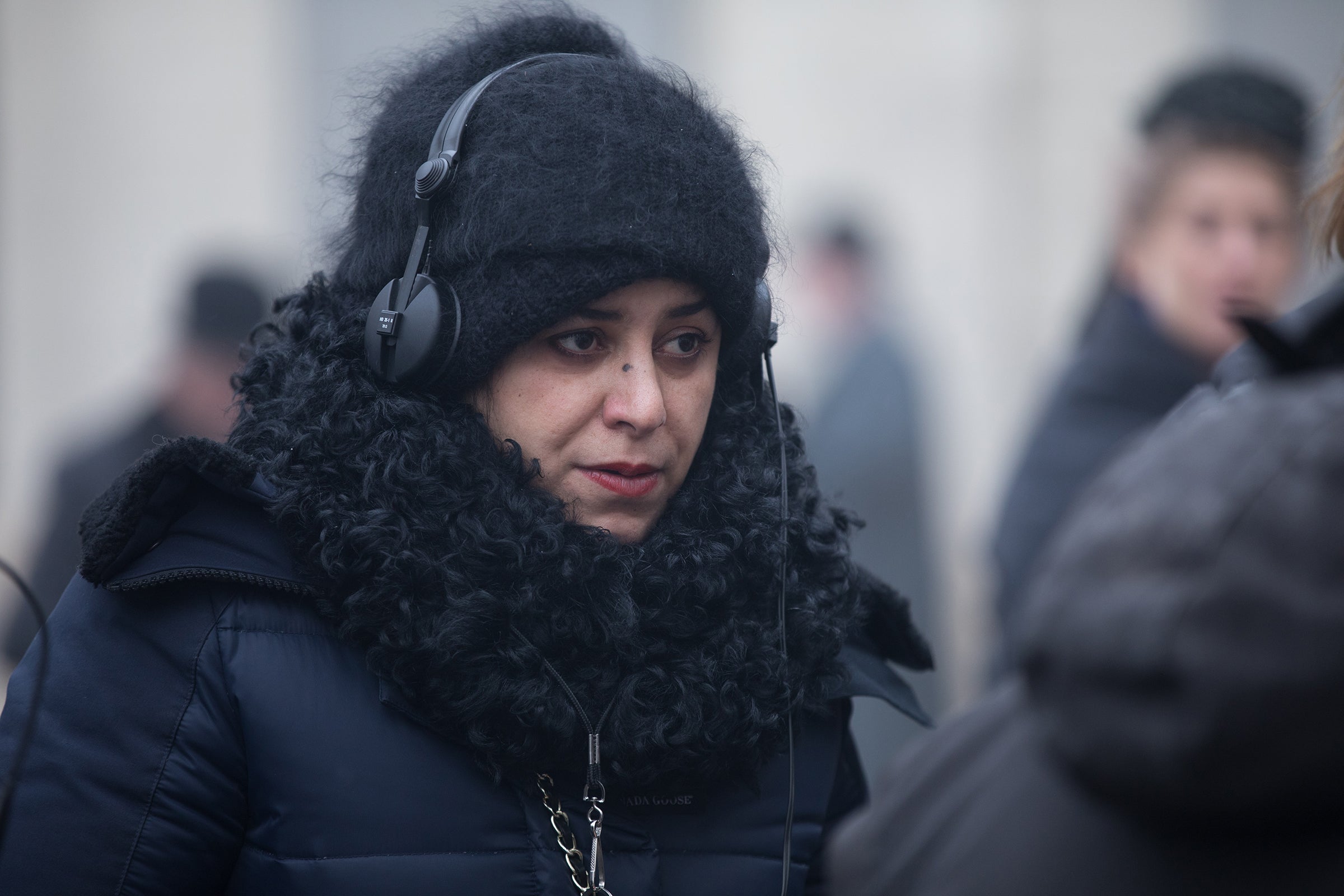 Born in Iran, director, and graphic novelist Marjane Satrapi takes on the story of Madame Curie (Rosamund Pike) in the film Radioactive. The woman whose previous at-bat, Persepolis, an adaptation of her own graphic novel, garnered awards worldwide, speaks truth in a way that makes her radioactive to many. The children’s book author addresses why she was interested in the impact of Curie’s discovery, the manner in which the film’s protagonist is relevant today, as well as providing amusing retorts to lazy arguments that the status quo should remain.

What attracted you to Radioactive?

The character of Marie Curie, because I grew up with the image of this woman. My mother wanted me to be a very independent woman. Marie Curie was the most prominent role model. I didn't end up becoming a genius scientist, but I became an independent woman, so it was a successful thing. No matter how much you love it, it depends on how you want to treat this character. It was not interested in making another narrative of Marie Curie. The first one came in 1943 and then you have all kinds of stories about Madame Curie. When I read a script by Jack Thorne, I thought it was quite brilliant. To talk about the life of this woman and show her really the way she was – not this perfect woman. She's not just the muse of Pierre Curie, but really tough. We are also talking about the scientist and it goes further because we're also talking about the aftermath of the science. It became a very complete way of telling the story, covering ultimately a century. It's first a character, and then the very good script with the magic, too. 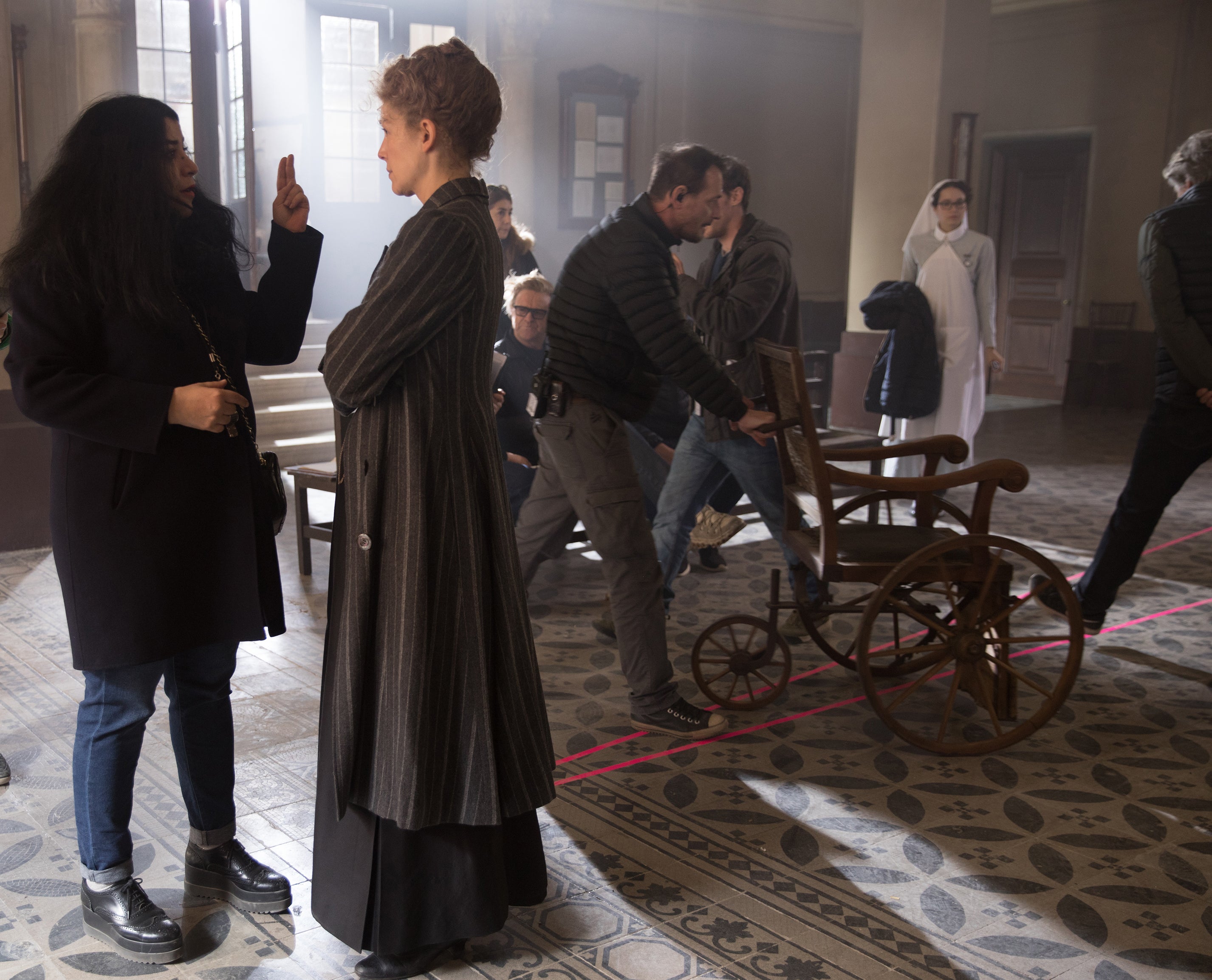 Marjane Satrapi  on the set of Radioactive

You included the consequences of her discoveries. Spike Lee has been incorporating social commentary in his movies recently. Was that something that you think is very important to do in storytelling now?

The discovery of Madame Curie changed the whole face of the 20th century. You have the time before and you have the time after. It's not a little discovery. It's not like, "Oh, she discovered a fish in the depth of the Pacific Ocean that nobody else knew." It's a huge change. We cannot talk about the great achievement that it was –  the cure of the cancer at the time she discovered it, we shall never forget that from ancient Greece until the beginning of 20th century, everybody knew about this disease called the cancer, but nobody knew how to cure it. Suddenly you have a cure and it's excellent, because even today, we are curing cancer with that. With this nuclear energy, this is how we cure it. If we talk about that, we can not talk about the A-Bomb, because they're all related. The scientist who discovers it is also a human being. What do we do with this new discovery? The speech of Pierre Curie, I used word by word exactly. It's very representative of their mind. "We know it might be dangerous, but let's trust human beings, let's give them all the secrets of nature because they need to know (them)." But let's trust human beings. Despite everything, I always think no matter what, we have to trust ourselves. We have to trust humanity.

Many of the threads, even though this is a story set in the past, are very relevant today. It deals with immigration, minorities, human rights, gender rights. Was that one of the things that was appealing for you?

Oh, absolutely. I'm very happy that you underline that because it was lots of echoes. You always think that the situation of women gets better, which is not true. Marie Curie, she had much less difficulties than her daughter, Irene making science. Why? Because between 1900 and 1910, you had this window of 10 years where it's lots of freedom. Then the war happened, and as the first World War happened, they said to the woman, "Go back to your house and just mix your bread. This is what you're supposed to do.”  We're not always advancing. If for example, you see the number of clinics that may do abortion in America, they're closing one after the other. Abortion is again a question when we thought it was a female achievement. Now after all these years it is again a question, do women have the right to abort? Of course, they do. So, we cannot always say we are advancing; sometimes we advance a few steps and then we go back. In the end, we advance but not as fast as we want to. I think her story, how difficult it was to go to a domain that was male dominant, she was not so focused on her womanhood (as) she was on her science. For her obviously she was working with men, and most of the time she was even better than them, but they gave her lots of hard time. And the fact of being a minority, just before the World War and there was all of this populist movement. The situation isn't good so let's blame someone, and who is that someone, it is the stranger, it's their fault. It's very bizarre. I was reading the headlines of the newspapers and magazines in France. It was this beautiful Polish woman who came and destroyed this happy French marriage. The entire French literature is based on who it is cheating with whom. I mean this is the whole French literature they did not need this poor Polish woman to come and teach them how to have mistresses. They are masters at this they have to blame someone. This populist movement, all of the world, we see it with Boris Johnson, with Trump, populism, extreme nationalism – it has led to the war. So yes, there were lots of things not trusting the science but all the things that go with it, so its very contemporary, if it was just a straight biopic and sentimental about Madame Curie, it would not interest me one little bit. It’s about time we, the women, don’t need to be all the time sweet. It's about time that we have the right to be angry, it is about time that we had the right to express ourselves without being called emotional. In 2020 it’s about time.

Rosamund Pike said that you are very direct. Women have to waste a lot of time not being direct and saying things in a nice way. Where did you find the ability to be so direct?

I think this comes from the fact that I am aware that I am going to die, not in 300 years, but in 30 years, so I don't have so much time to lose using so many words to explain something I can say in four words. I should use four hundred words? To do what? So people will say, ‘Oh Marjane, she is such a sweet lady?’ I am not a sweet lady. It has never been my goal to be so appreciated and popular. If they don't like me it's okay. I most probably do not like them. I think it's better to always be direct. In the beginning, people get a little bit offended, and think you are fierce, even brutal, but then when you say something positive they know you mean it. So, in the end, people trust you more. It has always amused me to shock people a little bit. To see how people are shocked by nothing. The number of times they have told me, stop being emotional, I am not emotional. I am just angry. But society wants us to behave in a certain way. They want us to be pleasant?

Is it true that someone asked you if you were having your period?

Yes, it is just shocking. The problem is not hormonal. I do not talk about your testicles. Maybe you have a problem with your testicles? I don't go there, so don't go there either. It is a private domain. Even if you think it, you keep to yourself out of politeness. It happened to me many, many times.

The graphic novel is not really known as a female domain so what attracted you to it?

The first comics were the comic strip that came in the newspaper. The man comes home from work, the lady comes in, brings him a drink, and says, "Would you like the newspaper?" He reads the comic strip and has good virile laughter. This kind of amusement was not made for women. We were supposed to sew, cook, take care of the children. There was less time to see it and have fun. It really was for the man. Men, they read it. Men they see it. Men they make it. They make the characters that are dear to them. The reader identifies with it and they become the next generation of cartoonists. Until then, my idea that comic books were made for adolescents and then I’m given a book for my birthday, Art Spiegelman’s, Maus, and I read, and am blown away, here is a very deep emotional story set in a different format. I love to draw and I love to write. I want to do both but I don't know how to do it. Suddenly by discovering this book I realize I can do both, and it is called a graphic novel – at the time it was called a comic book. I started making Persepolis as a graphic novel because it was the thing that was most suitable. I was sharing this studio with a lot of other graphic novelists because none of us had very much money and could afford to have a room for themselves just to draw – and all of them were boys, and they encouraged me a lot. ‘Do it, do it! You have such a great story.’ So, it was easy for me because I was surrounded by very nice colleagues.

Beauty has often been associated with ineptitude. Why is that?

Patriarchal society. They tell you that if you are beautiful you are going to have a rich husband who is going to take care of you. It’s what we teach our daughters and it is also a problem in society.  It's a culture where the mother teaches her daughter that you have to be pretty and you have to be nice. You have to be a lady. If I had a daughter I would teach her she has to be loyal, you have to be kind. Beauty would be way down the list I like number 15; it would not be the first thing that you teach – friendship, courage, justice, love. The idea, she is pretty, so she does not need to make an effort.  and therefore, she becomes stupid. Look at a woman like Marilyn Monroe, she was anything but stupid; she was so intelligent. I heard where she talked with her own voice and it was so frank, and then she had to do the whispery thing. Obviously the woman dies at the age of 36. How do you want her to survive? She is playing something she is not. Of course, it makes you depressed and you have to take all of these barbiturates. How can you survive being someone and you are not and having to play this pussycat? But we should also not play the game, it is probably why I have always been daring. Instead of always trying to make it with a smile I decided I am not going to play their game. I am going to say, ‘Give it to me, this is my right, and I am not going to go until you give it to me.’ 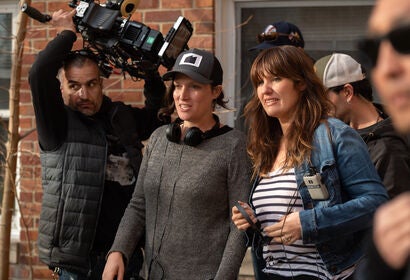 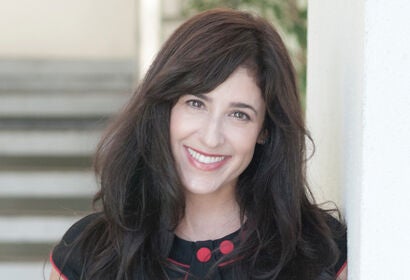