July 31, 2019
Share on FacebookShare on TwitterShare on PinterestCopy URL 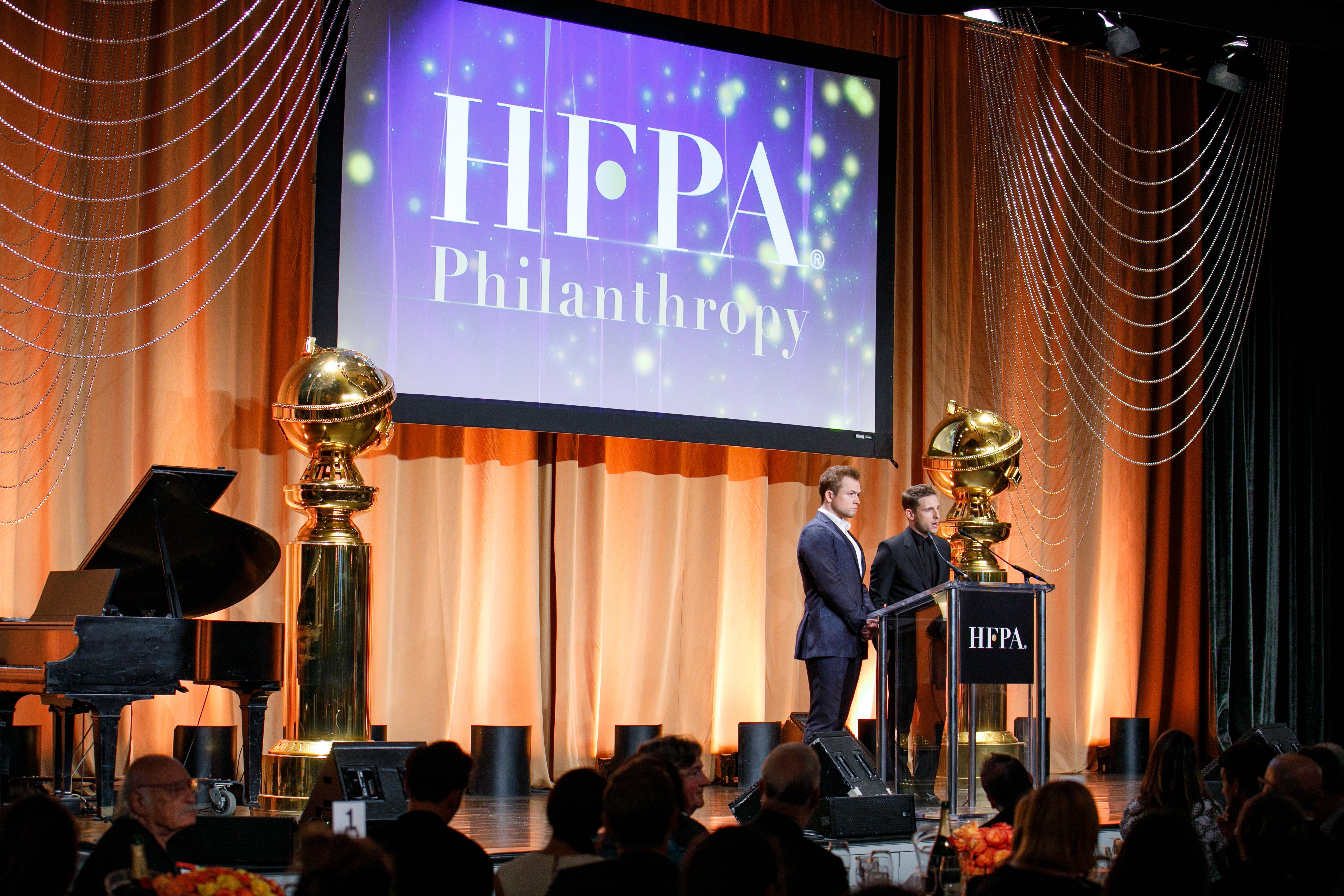 Highlights from the evening included:

·         Lorenzo Soria, president of the Hollywood Foreign Press Association, opened the evening by reaffirming the HFPA’s commitment to supporting the entertainment community and beyond. “Licensing fees from the show allow us to donate millions of dollars to create opportunities, provide access in underserved communities, and foster the development of the next generation of great filmmakers, directors, writers, camera operators, and actors.” Soria said. Prior to introducing Arnold Schwarzenegger to the stage, he closed his remarks by acknowledging the game-changers and innovators from the grant recipients who are working to make the world a better place.

·         Host Arnold Schwarzenegger took the stage and shared why the efforts of the HFPA are important to him. “I have a special connection to the HFPA because I am actually foreign,” Schwarzenegger said. “And I have chosen not to ‘go back to my country’, but stay here, live here and make a difference here and to me, that is what makes America great.”

·         Kerry Washington announced HFPA grants to Pen in the Community, which offers journalists workshops to improve news literacy and bring to life the importance of press freedoms in underserved schools in the LA area.She also announced grants to the Committee to Protect Journalists, KPCC, the Dag Hammarskjold Fund for Journalists and the International Documentaries Association.

·         Taika Watiti made reference to the fact that as a father of two daughters, he recognizes that in the entertainment industry, statistics aren’t great.  But this year, the HFPA is supporting the American Film Institute’s Directing Workshop for Women, as well as Women in Film, Women Make Movies, the Motion Picture and Television Fund and Streetlights.

·         Ramy Youssef and Ali Wong followed Taika by referencing that they are both Arab American and Asian American respectively.  The duo celebrated A Place Called Home, a safe environment for art, education and wellness in South Central Los Angeles. Serving more than 11,000 local residents, their facility provides an athletic field, kitchen, dance studio, gallery and theater to the community.

·         A pillar of the HFPA is film restoration and preserving classic cinema.  Jon Favreau highlighted the HFPA’s work in this space, announcing grants to the Film Foundation, which was established by Martin Scorsese; Institut Lumiere, which will continue the restoration of 300 one minute films that were shot between 1893 and 1905 by the Lumiere Brothers; Indie Collect; Film Noir and Outfest/UCLA Legacy.

·         Once Upon A Time in Hollywood breakout star Julia Butters announced a special performance featuring besties Ben Platt and Beanie Feldstein, who mentioned they met in 2005 at a bat-mitzvah and have been inseparable ever since.

·         Sacha Baron Cohen announced a brand new initiative entitled Entertaining America. For the first time, the Smithsonian and Natural History Museums are partnering with the HFPA to celebrate the role of film and entertainment in shaping America and serving as agents of change.

·         Regina Hall and Rob Lowe spoke about educational tools and resources for independent filmmakers and referenced a grant to The Film Collaborative.

·         To close the evening, James Corden announced a grant to Get Lit, which will help procure equipment, production and classroom supplies, as well as a stipend for Literary Riot, the first content production studio created and run by filmmakers, ages 13-23, who have previously trained as poets or filmmakers. He also acknowledged the California State Summer School Arts Foundation, the Echo Park Film Center, Global Girl Media, The Ghetto Film School, and the Inner City Arts Program.

Grant recipients of the HFPA fall in four major areas: nurturing the development of young artists in film and television through support for scholarships, fellowships and education; preserving the culture and history of motion pictures by supporting film preservation; promoting cultural exchange and understanding through support for major programs and exhibitions that utilize film to ignite critical dialogue; and supporting special projects, educational and cultural activities connected with the entertainment industry. The HFPA began giving grants as early as 1989 to institutions such as University of California, Los Angeles (UCLA), University of Southern California (USC) and the American Cinematheque, which continue to receive support today. The HFPA has created endowments at Los Angeles colleges and universities to help underserved students such as Los Angeles Community College and California State University, Northridge.

Over the last 25 years, the HFPA has donated $37.5 million to entertainment-related nonprofit organizations, academic programs, and humanitarian organizations, provided more than 1,500 scholarships to college students, and funded the restoration of over 125 classic films. This year, licensing from the Golden Globe Awards has allowed the HFPA to donate over $6 million to 74 nonprofits and colleges that assist diverse filmmakers and students interested in filmmaking, film preservation, journalistic organizations committed to free speech, and humanitarian organizations worldwide that support refugees and that provide critical aid when natural disasters occur.

PRESERVE THE CULTURE & HISTORY OF FILM