Miranda July: How Parenting and Grifting Come Together in "Kajillionaire"

by Michele Manelis October 16, 2020
Share on FacebookShare on TwitterShare on PinterestCopy URL 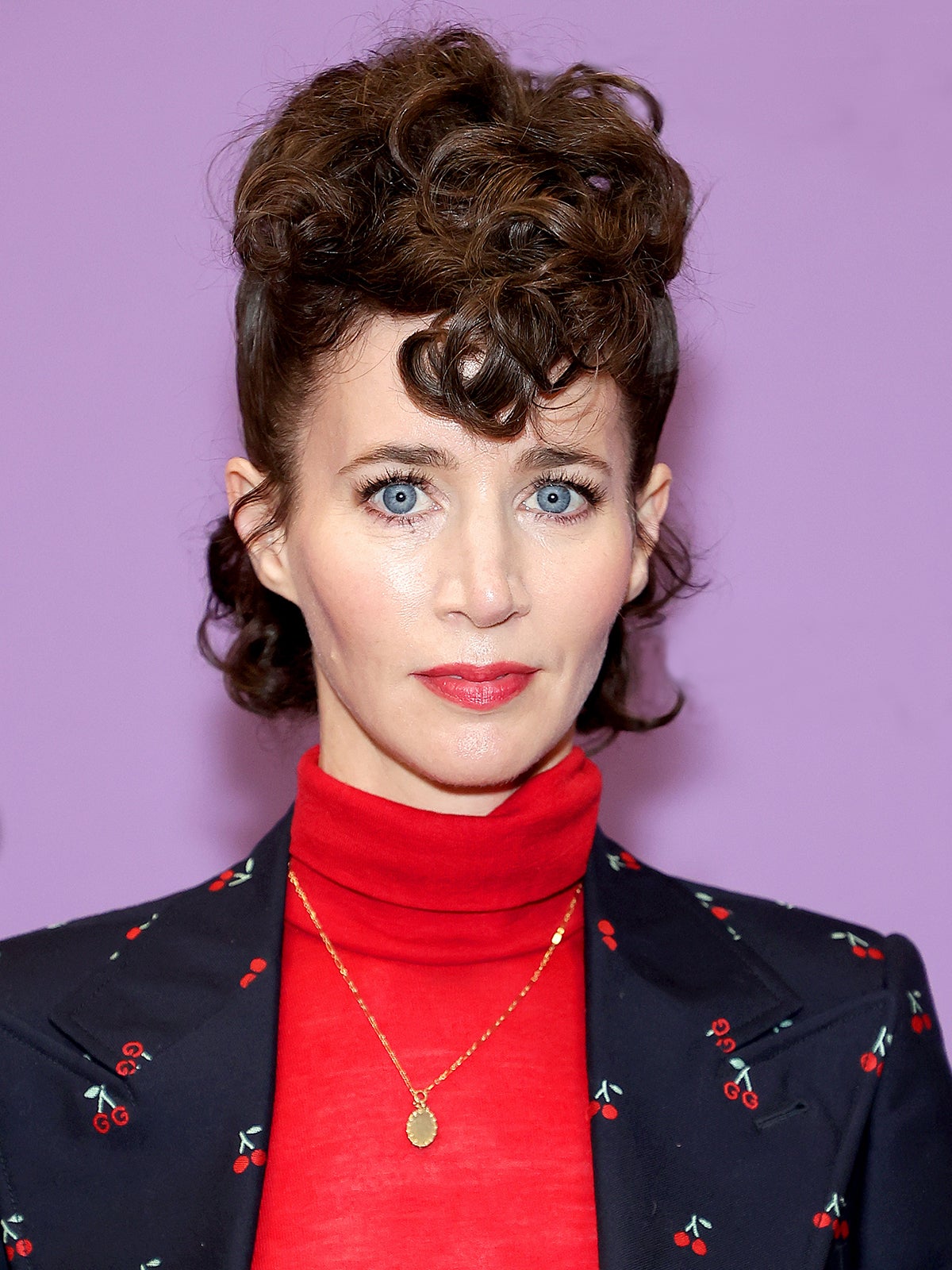 Actress, filmmaker, and author Miranda July, has enjoyed an eclectic career, initially inspired by the Riot Grrrl Movement and her friendship with bands such as Bikini Kill, Excuse 17, and Heavens to Betsy. Often described as quirky, the material she gravitates towards has been compared to that of Wes Anderson and Noah Baumbach, as evidenced in her movies, Me and You and Everyone We Know (2005) and The Future (2011).

A critically acclaimed author, July has written a book of short stories, No One Belongs Here More Than You (2007), a collection of nonfiction short stories, It Chooses You (2011), and the novel The First Bad Man (2015).

Born in Vermont, she is married to filmmaker, Mike Mills, whose film, 20th Century Women, was nominated for two Golden Globe Awards (2017) and with whom she is raising their 8-year-old son, Hopper.

Her new film, Kajillionaire, in which she wrote and directed, this comedy-drama starring Evan Rachel Wood, Debra Winger, Gina Rodriguez, and Richard Jenkins is about the day to day rigors of a family of grifters and scammers. According to a vast array of reviews, it’s her best work yet. 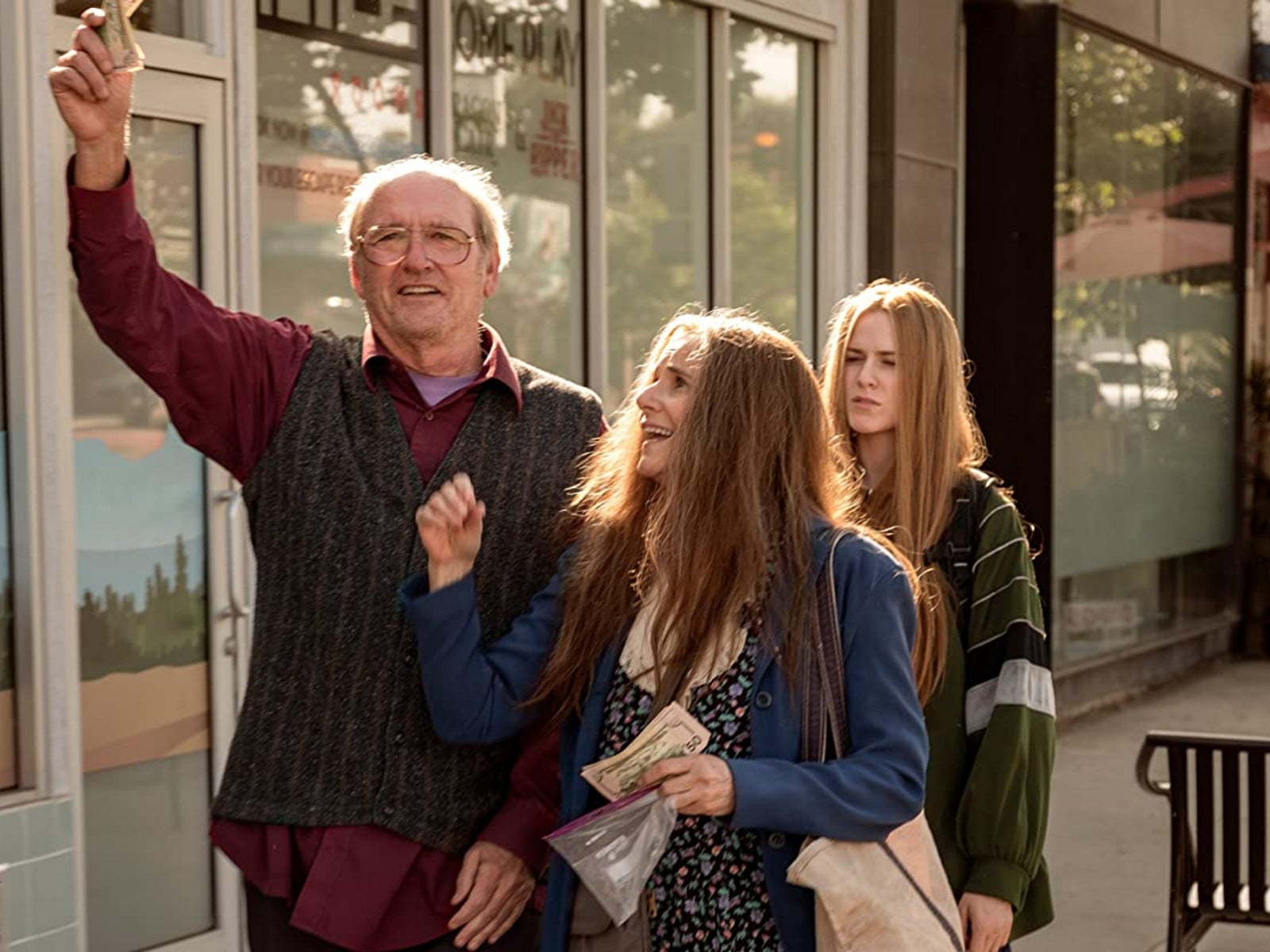 This is such an original story – how did you come up with the idea?

I never have a great answer for this because the first idea always comes from my unconscious, and this one did too. The three characters who are the family came to me when I’d just woken up one morning and I was taking dictation on my phone in a voice memo, and I will say that this is the first movie I’ve made as both a parent and a daughter. Certainly, I was having a lot of thoughts about parenting and birth and rebirth, so it came all at once.

Casting Evan Rachel Wood as Old Dolio wouldn’t be the first name to come to mind as a down-and-out scammer. I imagine that would have been a difficult role to cast?

It was such a hard one to cast. There’s no major star like her and I’ve always loved to watch Evan. I think she’s a great actress, but it wasn’t until I sat and met with her, we had dinner together, and I was hoping she’d give me a signal, like is there any of Old Dolio in there? (laughs). She’s beautiful and often quite glamorous and sings like a songbird but over the course of that dinner, she gave me several clues so I knew she’d bring the part to life.

Do you work in a particular way?  Do you write every day?

I go for a long time just writing notes. Usually, I have another project that’s on the front burner so it provides a kind of good cover for this process. So, I can play hooky from that project by putting notes as they come into a folder that [for Kajillionaire] for a long time was just called ‘family movie.’ But yes, I write every day regardless of how I feel. I let myself write out of order, so I just write the part that’s fun that day, and then eventually these islands form and you’re like, ‘Okay. I can start from the beginning and connect these islands.’ That’s the least scary approach that I’ve been able to come up with.

You obviously live in a very creative household. Your husband’s movie, 20th Century Women is one of my all-time favorite films.

Do you look at each other’s work while you’re in the process? Do you wait until the end and stay out of each other’s way? How does that work?

Yeah, we do stay out of each other’s way in the sense that I think we both feel like there are a lot of people who can read many drafts and watch many cuts, but there’s really no one else to emotionally hold it all together during the process, so we prioritize that. We each read one draft and watch one cut, and we usually wait quite a while to see the end result, but we talk every day about the emotional process, and we listen to each other and support each other.

Are you writing anything new?

Yeah! Yeah, I’m writing another novel now but it’s too early to say anything about it.

How have you been coping with your child at home during Covid? Are there many meltdowns occurring?

I’m not having meltdowns, but the child is! (laughs) It’s been so much more extreme for the kids like this child has barely played with another child in six months so it’s not just about not going to school. It’s the thing that keeps me up at night. My own life is fine. I mean, it’s a drag, but I’m a fully formed adult, you know?

Have you discovered any hidden talents during lockdown? Are you a better cook than you thought you were?

I’ve discovered, I will cook if forced to! (laughs). I mean, in some ways it seems kind of selfish now and it’ll be interesting to see what's going to happen if we’re even going to ever fully get out of this. I would’ve been traveling for a lot of this year, and although it would’ve been fun, I think it’s interesting to see [what happens when] both the parents are just there. So, with Covid, there are definitely some benefits in terms of family togetherness. 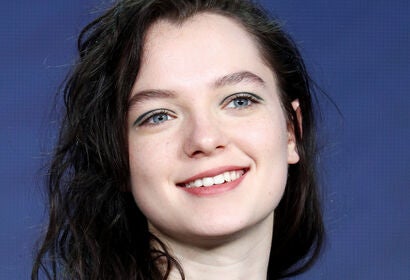