by Philip Berk March 27, 2020
Share on FacebookShare on TwitterShare on PinterestCopy URL 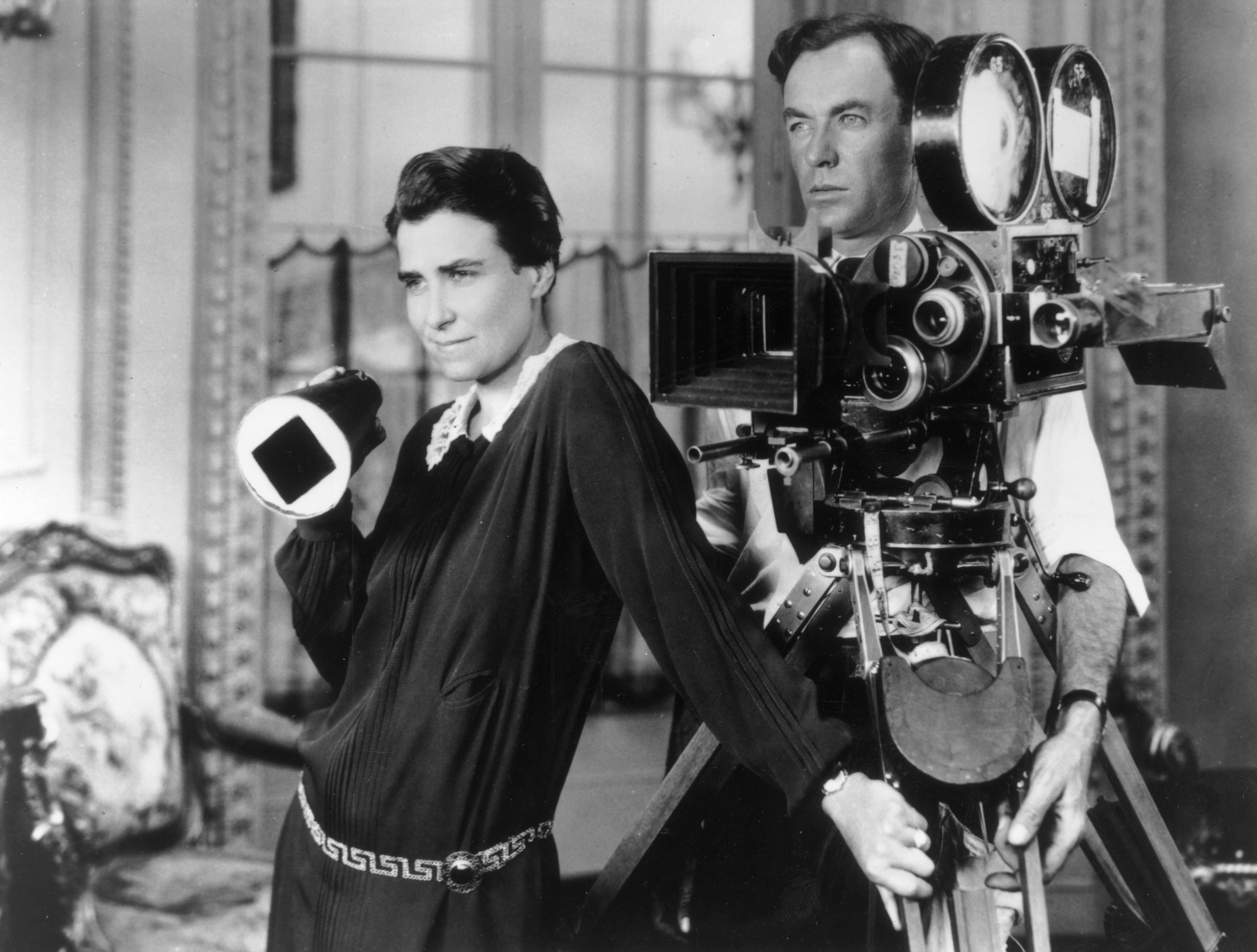 Dorothy Arzner sets up a shot with her cinematographer, Alfred Gilks, on the set of her film Get Your Man, 1927.

Over the years her name has become emblematic of the misogyny and homophobia practiced in Hollywood during the 1940s. During the ‘30s she was a respected director and someone who kept her private life private while maintaining a relationship with Marion Morgan, a dancer who choreographed some of her films.

Towards the end of her life - she died in 1989 aged 82 -- she was recognized and honored as a film pioneer, but it was only recently that a letter she had written to Preston Sturges begging for a job that the full extent of her tragedy became clear.

Ironically in that letter, she makes a point of citing only male references who would vouch for her. She has doubts about the female stars she worked with, a list that includes Katharine Hepburn and Joan Crawford. Yet, when she was honored many years later by the Directors Guild, Hepburn sent a telegram which read, “Isn't it wonderful that you've had such a great career when you had no right to have a career at all?”

If Sturges failed to respond to her letter, it is easily understandable. The letter, typewritten, is filled with spelling errors which she corrects, but the most glaring ones she allows to stand. Sturges’s name is misspelled not once but twice as Sturgis. Keep in mind, it was written in 1944, when Sturges was a household name, having made two masterpieces, The Lady Eve and Hail the Conquering Hero and was about to embark on a new career at RKO and 20th Century Fox.

Maybe by this time she had become embittered, which might explain her gross misspellings, but that should not take away from her remarkable career during which time she pioneered such themes as women seeing themselves not as rivals but as friendly competitors (Christopher Strong), the repressiveness of heterosexual monogamy which  “cripples the imagination and curbs the appetite for living” -  her words (Craig’s Wife)- and women reduced to objects of male fantasy (Dance Girl Dance). 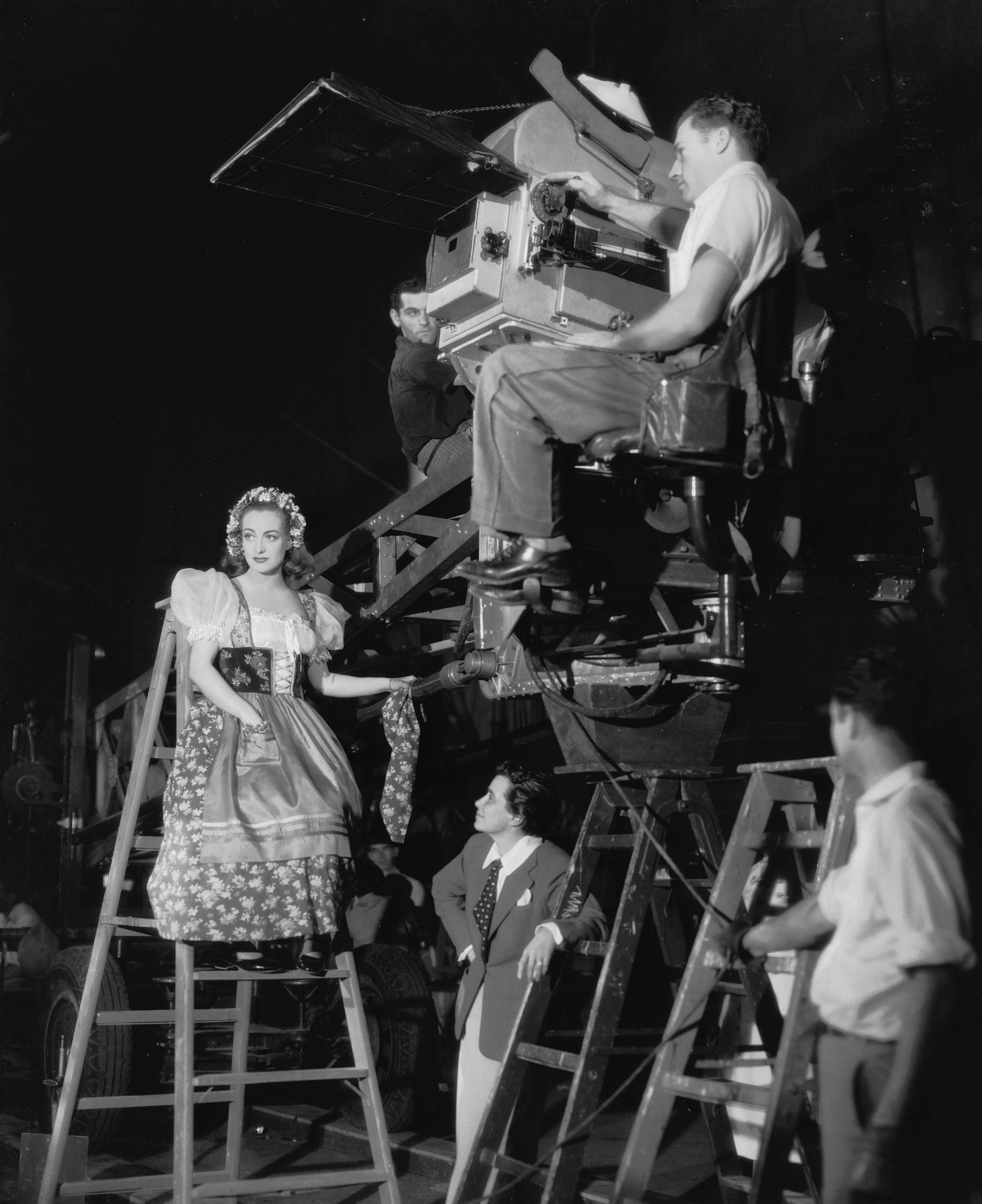 Dorothy Arzner (under the camera ) directs Joan Crawford on the set of The Bride Wore Red, July 1937.

These three films starred Rosalind Russell, Katharine Hepburn, Maureen O’Hara, and Lucille Ball, and were among the last films she made at RKO. When her RKO contract ran out, she made two minor films at MGM, both with Joan Crawford. Three years later RKO rehired her to salvage Dance Girl Dance which ironically has become her most famous film. Unemployed for three years, Harry Cohn at Columbia hired her to direct First Comes Courage, starring Merle Oberon and Brian Aherne, and that spelled finis to her career. She found a position as a teacher, and in the ’50s was hired by UCLA to teach film classes. One of her devoted students was Francis Ford Coppola.

Although passively resigned to her fate in the forties, as a young woman she was surprisingly ambitious and enterprising. She was in her early thirties when a friend got her a job interview with William deMille, Cecil B.’s older brother. He encouraged her to learn the ropes, eventually, she became a film editor. Her skillful cut of Rudolph Valentino’s Blood and Sand suggested it needed additional footage. Paramount hired her to direct scenes that she intercut with existing footage and the film became a hit. James Cruze who had won acclaim for directing The Covered Wagon recognized her talent and hired her as his writer and film editor.

In time she felt she was ready to move on and threatened that if Paramount didn’t give her a picture to direct she would relocate to Columbia. At first, they were ready to let her go, but later famed producer Walter Wanger changed their mind, and her first film Fashions for Women became one of the biggest hits of the silent era.

She was assigned to direct three more pictures — all of them did well — so with the coming of sound Paramount entrusted her with their first talkie, The Wild Party, which was a remake of a film she had previously edited. The film starring Clara Bow and Fredric March (all told she would work with him four times) was a huge box office hit. So for the next few years, she directed such big names as Ruth Chatterton, Claudette Colbert, and of course Hepburn and Russell in their groundbreaking roles.

Maybe it was Joan Crawford who maneuvered her to MGM where regrettably she made two of Joan’s worst movies, one for which she was credited, and the other not, but both are tactfully omitted from her filmography.

Her most celebrated film Dance, Girl, Dance was her unceremonious return, three years later, to RKO. Later women directors, from Ida Lupino on, have all recognized Arzner’s pioneering contribution.

You can catch her films on TCM. Seek them out.