John Logan: "Writers need to dream and write all kinds of voices"

by Rocio Ayuso May 18, 2020
Share on FacebookShare on TwitterShare on PinterestCopy URL 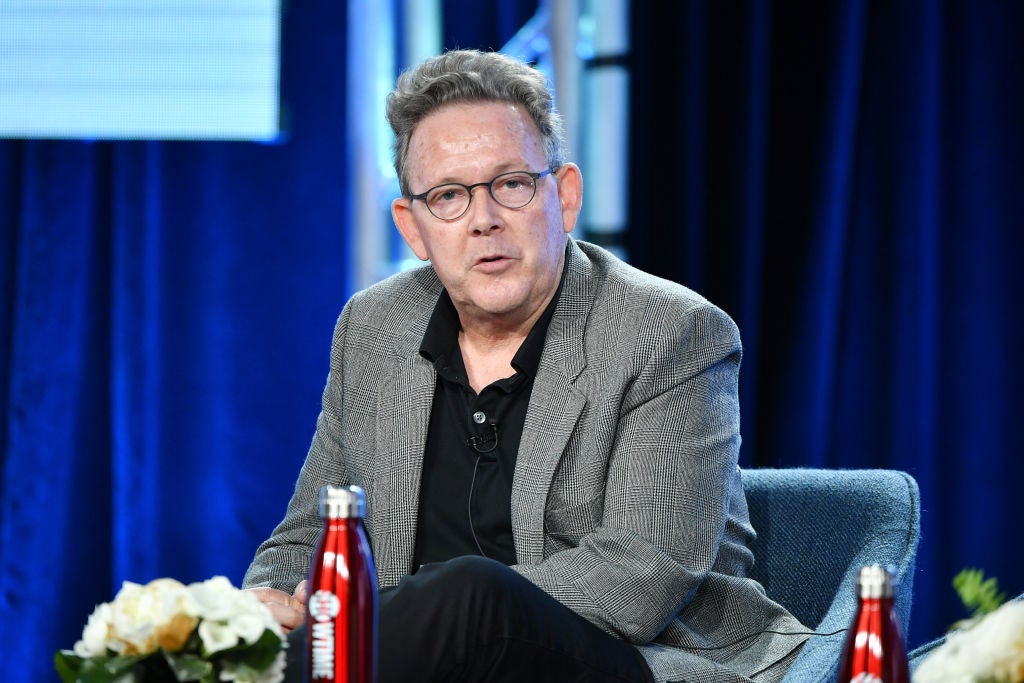 Some of the most original writing of late has been found in series that posit parallel realities and alternate histories. Shows like Hunters, Plot Against America, and Watchmen use this device (the technical term is uchronic) to imagine alternate histories of the past to effect powerful social commentaries, with outlandish – sometimes supernatural - stories which nevertheless resonate powerfully with the present. The latest show to adopt this technique is John Logan’s Penny Dreadful: City of Angels which is steeped in Los Angeles history, namely the push for urban development and the racially tinged social upheaval it engendered – to wit: the building of the first freeways and how it displaced Latino communities in the 1930s.  Logan is first-generation Irish, born and raised in Los Angeles and to write the story he dived deep into the Hispanic culture of Los Angeles in the thirties, guided by his curiosity, his love for the city and his fear about history repeating itself to write about good, evil and La Santa Muerte. Logan earned a Golden Globe nomination as the screenwriter of The Aviator. He also wrote the scripts for Globe winners Gladiator and Sweeney Todd: The Demon Barber of Fleet Street. In this interview by the HFPA’s Rocio Ayuso, the writer shared his work process, his inspirations, and how Gladiator came to be.

What made you interested in this period of Los Angeles history, a moment unknown to many Hispanics?

I am from Los Angeles and I know the history of my city very well. I wanted to write about its past because it reminds me of our present. For the past two years, the world has turned upside down, not just here but everywhere. We have demagogues, radicals, and trends that I find worrying, always ready to blame the other, and creating fear among ethnic communities. These are very appropriate themes for a series that talks about good and evil. And you can't talk about Los Angeles without talking about the Latino community, the building of the freeways and how it threatened this ethnic group. Look at what happened on Chavez Ravine, a neighborhood where the Hispanic community was displaced to build a parking lot for the Dodgers' stadium.

In these times of political correctness, did you worry about being censured for not being Latino?

Writers need to dream, write, and imagine all kinds of voices, disregarding age, gender, or historical period. A freedom that should be combined with responsibility. So, I surrounded myself with as much Hispanic talent as I could. Most of the cast is Latino, as well as my production partner, Miguel Aguilar, or two of the directors, and two of our writers. They all had a say in the story. I also gave the scripts to José Rivera (The Motorcycle Diaries), a magnificent writer who I asked for help to catch whatever didn’t feel authentic. There is no reason for me not to write beyond who I am as long as I do it responsibly.

Adriana Barraza was very proud of her work as her character didn’t fall into the folkloric side.

I felt free to explore everything and I still left out other stories. I focused on Santa Muerte because in the 1930s it was a highly respected deity among Hispanics and when faith enters a story, that makes it part of the show. When we started with Penny Dreadful, we were very close to Eva Green. But with City of Angels, I wanted to broaden the horizon and present a family, the Vega family, where each one has a story that flows in different directions.

Adriana also talks about your proximity, as an Irishman, to the Hispanic culture.

It is true that my family is from Belfast. But I am a first-generation so I know what it is to be a foreigner. I understand what it is to see myself as an outsider. Also, I belong to a culture, the Irish, where family is something very close and also very volatile, unable to hide emotions and always carried by a certain operatic tone. The same as the Vega family.

Not everyone is able to identify with other cultures that easily.

I was just writing the anthology when Trump was talking about building the wall and describing all Mexicans as criminals. Just the same way they were branded in the 1930s. I tell you the world is upside down. Natalie Dormer and Lorenza Izzo in a scene from Penny Dreadful: City of Angels.

Your career started in the theater, then moved to cinema and now you are focused on television. Where do you feel most comfortable?

I wake up every morning with the same job: writing. I want to write great scenes the actors want to play and directors want to direct either on film or television. It is true the different media as such have different demands. Theater is more intimate. You are there, in the trenches. You have a relationship with the audience in real-time. Cinema has its own life and can give you many joys. It can also be the most agonizing process. As media, TV is the closest one to write a book since you can write and continue writing. My challenge in Penny Dreadful was to find characters that I wanted to follow all these years. But I also have to say that producing a series is the most exhausting thing I've ever done. Much worse than a movie.

Gladiator has just turned 20. As the screenwriter, what are your memories of this classic?

Gladiator's success was a great surprise to all because everyone was hesitant about the project. You could hear the grumblings about spending so much money on a sword and sandals movie. But we always thought it could be something different. And Ridley Scott is the best general for an army. The biggest pleasure of my work is to collaborate with great directors. Ridley, Martin Scorsese, Tim Burton, or Sam Mendes. It is an incredibly satisfying experience because they are always your best allies.

Will you work with Ridley again in Prometheus 2?

With Ridley, whenever he wants.

Are you already working on it?

We are still doing some postproduction on Penny Dreadful.  I'm also writing a couple of projects for the theater and in the middle of a Michael Jackson movie and all that takes a long time.

I go to bed very early and get up at four in the morning. It was a lot of fun when I had to talk to Dani (Zovatto) because I kept asking him 'are you awake?' I like to start very early, in my robe, with a diet coke because I don't drink coffee. After reading the New York Times. When it is still dark and quiet. I've been working like this for years. When I do revisions, my day is a little bit more structured, but when I'm working on the first draft that's all I do, write, write, write all the time.

What was that first experience that made you love show business?

That’s an easy one. There was a West Side Story production that I saw as a child. It was one of the most impressive experiences of my life because the musical is so dramatic that when it takes your breath away, it takes away the rest of the audience's breath. And you can listen to it. And when you applaud, the audience is with you. In the theater, I found my place, where I was accepted.

And in the cinema?

My father was an architect and I watched many movies with him on television. When I was eight, he made me see Hamlet, with Lawrence Olivier. At that moment my life changed. The film had everything I liked as a child, swordsmen, ghosts, action, it was scary and, on top of that, there was something else. It was Shakespeare, poetry. That was the moment that opened my eyes forever. 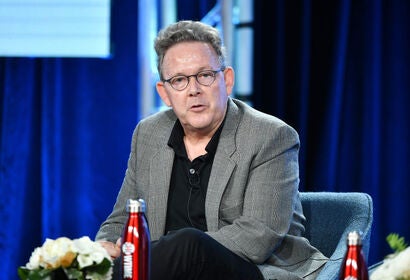