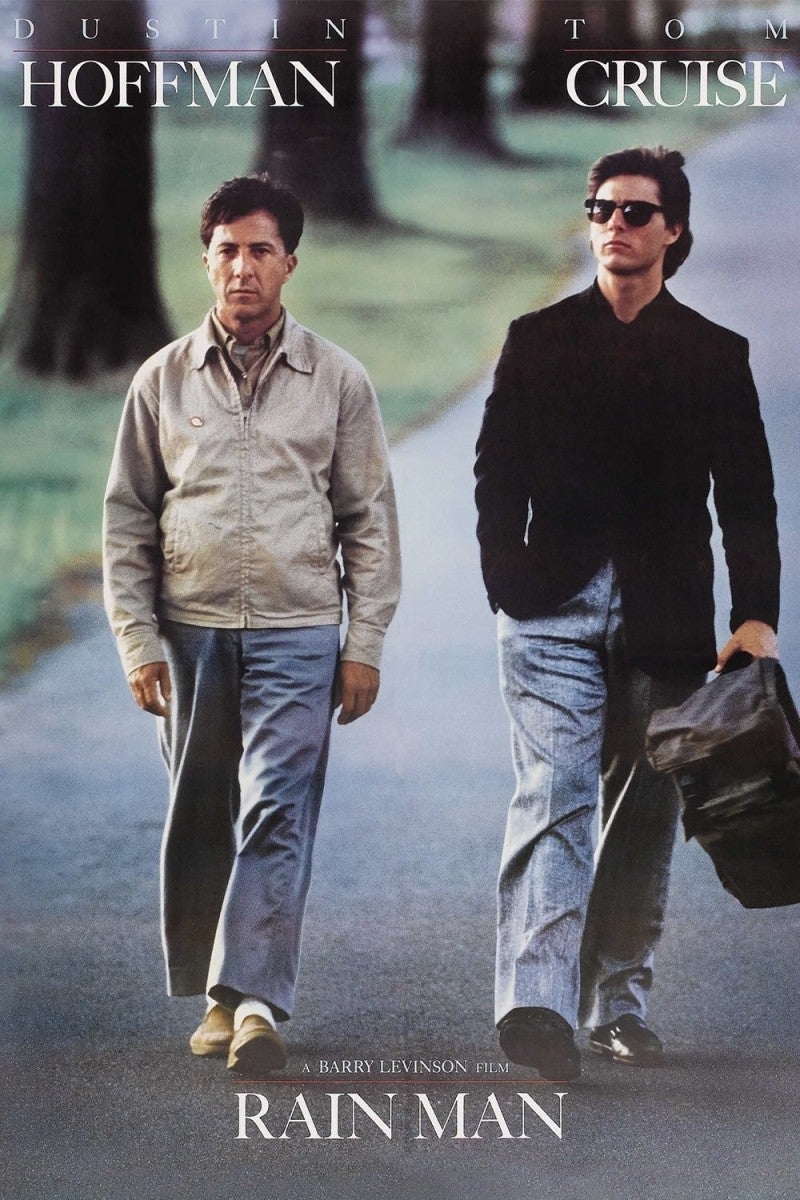 In Rain Man, a road movie with an autistic twist, a rich father leaves almost all his inheritance to his “savant” son Raymond (Dustin Hoffman). The younger yuppie brother Charlie (Tom Cruise) doesn't accept his father’s will: $3 million to an unknown brother! So he goes to meet Ray in his psychiatric clinic and brings him back to Los Angeles hoping to plead his case in court. But something happens during the cross-country trip. Rain Man was the film everybody loved in 1988/89. The Barry Levinson-directed film won two Golden Globe Awards (Best Picture – Drama, and Best Actor, Dustin Hoffman), out of four nominations, and went on to win four Oscars (including best film and Best Actor for Hoffman).

At the 46th Golden Globe Awards, seven films were nominated in the drama section in an almost record number of ties: Rain Man won over A Cry in the Dark, Gorillas in the Mist, Mississippi Burning, Running on Empty, The Unbearable Lightness of Being and The Accidental Tourist.

Director Levinson was nominated but lost to Clint Eastwood for Bird, while nominee screenwriter Ronald Bass lost to Naomi Foner for Running on Empty. Richard Widmark presented the Golden Globe Award for Best Picture – Drama, and producer Mark Johnson went on stage to receive the award. A mention of the American Autistic Society was made, marking the first time a Hollywood production openly tackled the issue.

Hoffman spent a lot of time with savant (as they used to say at that time) Kim Peek, the inspiration for Raymond's character. Hoffman made Kim's father (the main caregiver) a promise that he would "share Kim's life with the world." During the filming of Rain Man Hoffman was unsure of the film's potential and his own performance. Three weeks into the project, Hoffman wanted out, telling Barry Levinson, "Get Richard Dreyfuss, get somebody, Barry, because this is the worst work of my life!" Hoffman’s performance in Rain Man not only would win praise and awards but became a case study in method acting.

And by the way: what Raymond says to his brother about Qantas in a memorable scene at the airport in the film was, and still is, true: as of 2017, Qantas has never had an accident with a jet airliner (though it did with smaller propeller  planes...) 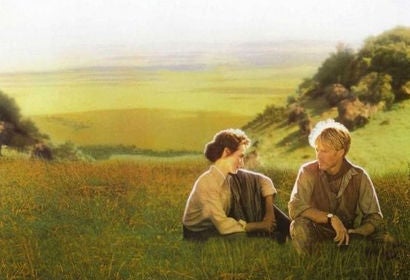 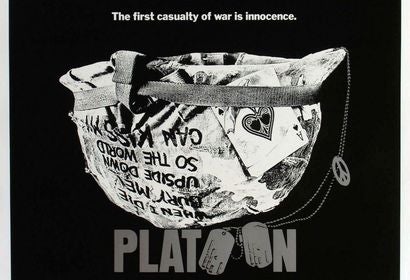 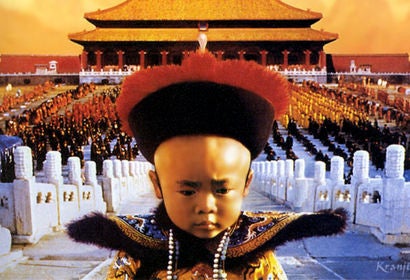