Books vs. Films: The Adaptation Quandary

by Elmar Biebl April 23, 2020
Share on FacebookShare on TwitterShare on PinterestCopy URL 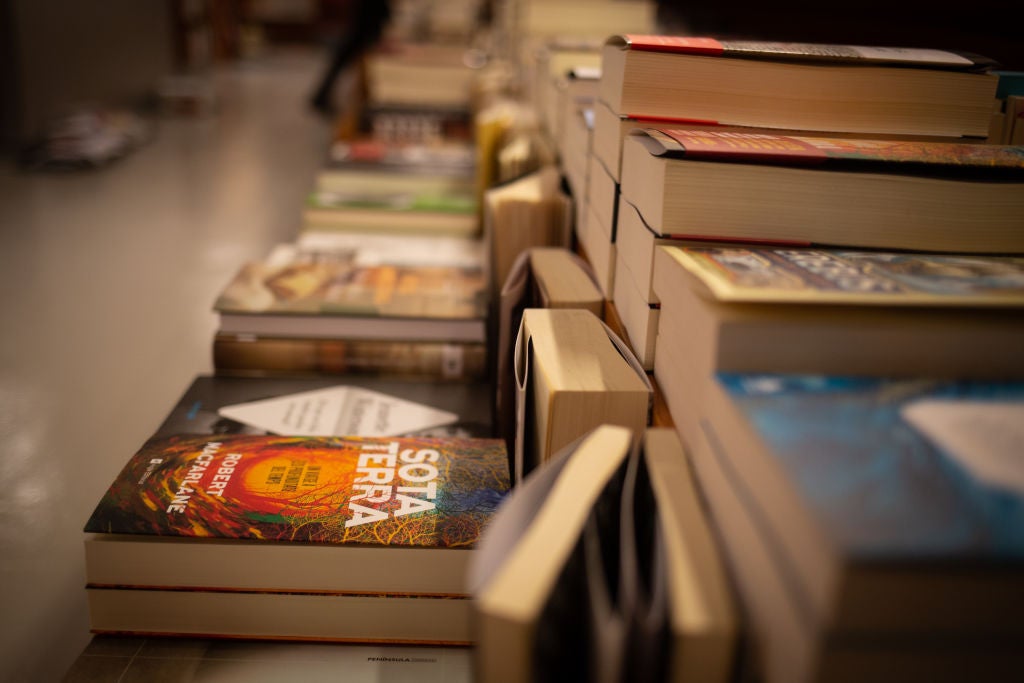 Reading books is a waste of time. Anyone who believes that can make a strong argument. Why invest 24 hours or more in reading a book when you can easily get the same story served in a 2-hour film? What to do with the extra time Covid-19 is offering us now? Book? Movie? Both?

These questions, of course, only apply to certain titles. Not every book is filmed. Not every film is based on a book. But the percentage of film adaptations is actually very high. If you browse through your books and then dust off your DVDs, you might find the same titles on both shelves:

Maybe Motherless Brooklyn or The Talented Mr. Ripley. The Perfume or 12 Years A Slave. Or three adapted books by one of the greatest living US writers, Cormac McCarthy: All the Pretty Horses, The Road, and No Country for Old Men.

The practice of creating films from books has been alive since the early days of Hollywood – most notably: All Quiet on the Western Front by Erich Maria Remarque (1930). In 1939, the film based on Margaret Mitchell's Gone with the Wind became – converted into today’s dollars ​​– one of the biggest box office hits of all time.

And what's also striking is how many of the top franchises came from books: Harry Potter, of course, James Bond, Lord of the Rings, the Jason Bourne series, or the Superhero movies and the countless adapted fairy tales, like Snow White or Aladdin.

The reason is obvious. A bestseller is defined by high sales figures, i.e. by a large, interested audience. A popular book, its story, characters, its drama or humor, managed to anchor itself in a broad general consciousness. And that, of course, is half the battle for marketing. An audience for an original story has to be elaborately generated from scratch. But Daphne Du Maurier's Birds (The Birds) or Robert Bloch's Psycho (Psycho) were hits Hitchcock couldn't pass up. Dan Brown’s The Da Vinci Code was a global bestseller, millions were eagerly awaiting the filming (The Da Vinci Code). Same with Stieg Larsson’s The Girl with The Dragon Tattoo. A movie franchise promptly followed (The Girl with the Dragon Tattoo).

The same principle applies to classic literature: Don Quixote, Sherlock Holmes (Sherlock Holmes), Dracula (Love at First Bite), Oliver Twist (Oliver), Frankenstein (Young Frankenstein), 1984, Love in the Time of Cholera (Love in the Time of Cholera), The Name of the Rose, The Tin Drum. They were all retold for the big screen, many of them several times.

One of the greats, Stanley Kubrick, loved to film literature: from The Killing, A Clockwork Orange, Lolita, Dr. Strangelove, Barry Lyndon, The Shining, Full Metal Jacket to Eyes Wide Shut, all based on books. 2001: A Space Odyssey was an interesting anomaly, the fusion of book and film, both were created in synchronous cooperation.

Back to the question: Is reading books a waste of time? There is a standard response: The book is sooo much better than the film. Because, the argument goes, a 400-page book provides room for many more descriptions, backgrounds, motifs, thoughts than a 120-page script.

But is that always true? According to popular opinion, many films have left their printed originals far behind: There is Double Indemnity, Billy Wilder’s shrewd adaptation of James M. Cain's noir thriller. Or Jaws by Peter Benchley. Spielberg turned it into an instant classic. Then The Godfather – Warner Bros had commissioned a routine gangster flick based on Mario Puzo’s work. Coppola turned it into a milestone in film history. An iconic performance by Anthony Hopkins made The Silence of the Lambs (book by Thomas Harris) unforgettable. Alan Parker’s Angel Heart is pure psycho-horror, the original, Falling Angel by William Hjortsberg, doesn’t even come close. Jurassic Park, Michael Crichton's thriller, was gripping. But when Spielberg shows us a T-Rex in a rearview mirror or raptors in the kitchen hungry for two kids – something innately terrifying is happening in front of our eyes. The printed words pale in comparison.

The decisive difference between book and film is the degree of visualization of the characters and the environment in which they act. The world presented by a book remains vague, nebulous, abstract. When one reads about a woman: “Her black hair, curling down to her shoulders, framed her face, her lips ... “, it helps to imagine how she will affect the other protagonists of the story. Aha, they think she’s pretty, desirable, that's good to know. But no precise picture of her emerges in the reader's mind. You couldn't paint her even if you could paint.

In a film we can see her. Truly see her black hair, her lips, her beauty. Now she no longer just stirs the desire in her fictional admirers but also captures the hearts of her viewers.

But herein lies a responsibility for all translators of books into film. During an HFPA press conference, Peter Jackson was asked: With your adaptation of Lord of the Rings you rob all future readers of the chance to create their own images. What Frodo looks like or how Gollum croaks. "I'm totally aware of that," he said. "But there is solace. I feel good when I hear that the sales of all Tolkien books have increased by millions since the films were made."

This, too, is an answer to the question of whether reading a book is a waste of time: Apparently not. Millions of people gladly invest time in books with the same titles as films they have already seen. They are willing to spend long hours with a book. Reading a story, they already know.