by Elisa Leonelli May 20, 2020
Share on FacebookShare on TwitterShare on PinterestCopy URL 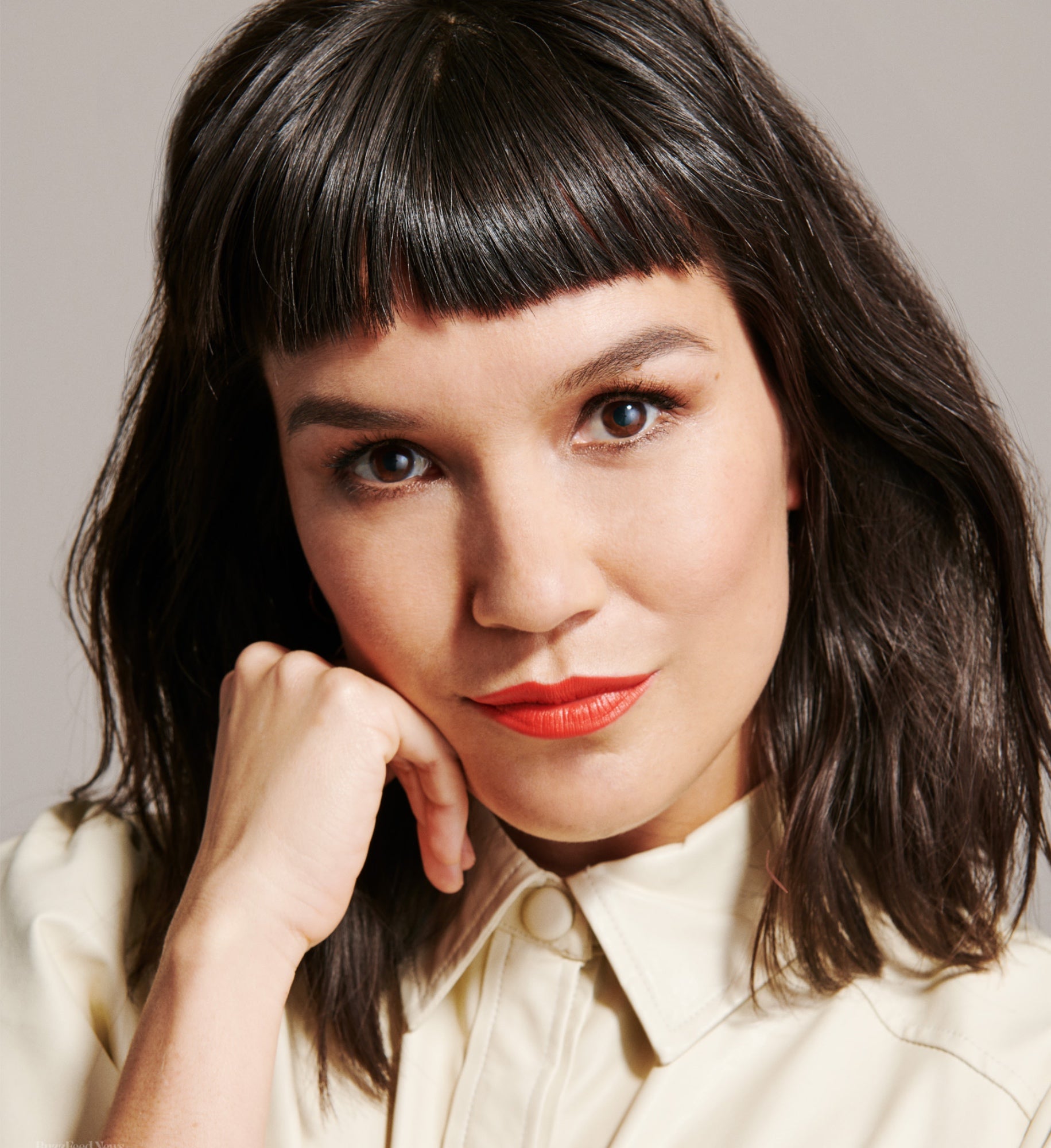 Zoë Chao plays Dakota Johnson’s best friend in The High Note (Focus) with Tracee Ellis Ross, directed by Nisha Ganatra, who had directed Late Night with Emma Thompson and Mindy Kaling. Chao is also Anna Kendrick’s roommate in the anthology series Love Life (HBO Max). She had co-created and starred in the online series Strangers (2017-2018), made her feature film debut in Where’d You Go Bernadette (2019) with Cate Blanchett, directed by Richard Linklater from the novel by Maria Semple. She last acted in Downhill (2020) with Will Ferrell and Julia Louis-Dreyfus, the remake of the Golden Globe-nominated French-Swedish film Force Majeure (2014). Chao was born in Providence, Rhode Island to a Chinese American father, her paternal grandmother fled Shanghai as a child, her mother is from Ohio, her younger sister Maia is a video artist, her parents are also visual artists.

How would you describe Katie, the character you play in The High Note, and her relationship with Maggie, played by Dakota Johnson?

Katie was based on screenwriter Flora Greeson’s best friend in real life. She is a doctor and Maggie’s roommate, she is her touchstone and sounding board, she is Maggie’s connection to the world outside of the music industry and she keeps Maggie grounded. It was really special working with Dakota, because we did a chemistry read together, and from the first second we met, it felt like we were old friends and our friendship has extended beyond the project. 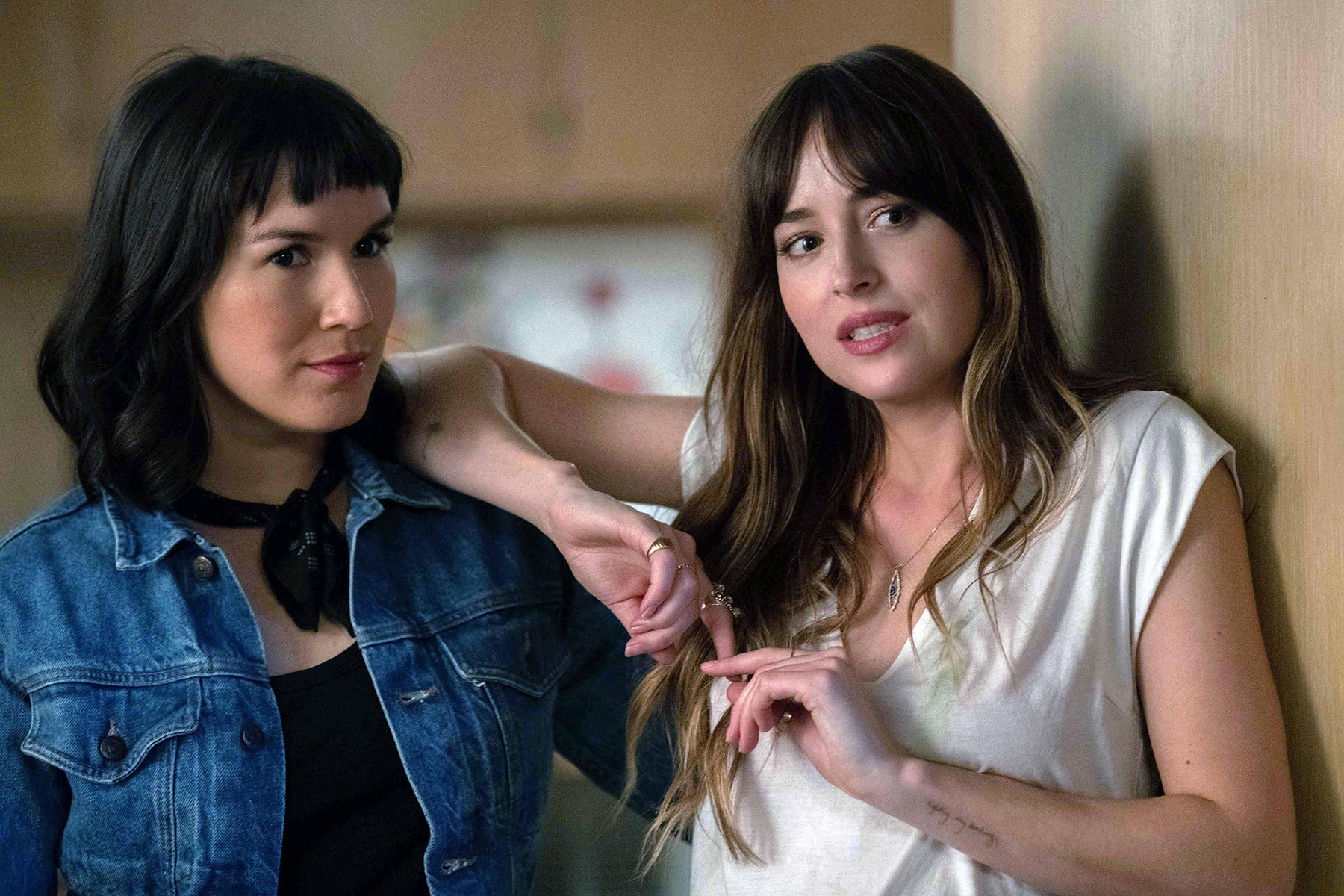 Zoë Chao and Dakota Johnson in The High Note

What was it like to work with director Nisha Ganatra, who is of Indian descent?

She’s great, she is so funny, she’s one of the funniest people I know, and that understanding of humor really translates in her storytelling. I was really excited to work with a gay woman of color, who’s been working for decades in this industry and has done really meaningful work, like her first film Chutney Popcorn (1999) and Late Night (2019), which is so great. I think this is her time, now her work is going to be seen on a much bigger platform.

You also identify as a woman of color. Could you explain the commonality between the immigrant experience of Asians and Latinos, who call themselves people of color, and the experience of African Americans?

What I mean is that on my dad’s birth certificate under race it has the letter Y for the word yellow. Clearly the black and brown communities are up against blatant racism, while it is sometimes hard to articulate Asian-American trials and tribulations, because, in comparison to black and brown experiences, they can be deemed less extreme, in that we are considered the so-called “model minority.” But I appreciate that there’s now more space to examine the ways in which that characterization has been really harmful and inaccurate. So, yes, I think that there is a common feeling of sisterhood and brotherhood among people who have experienced marginalization.

How would you describe Sara Yang, the character you play in Love Life and her relationship with Darby, played by Anna Kendrick?

Love Life is an anthology series that centers on Darby Carter, it’s an exploration of the many love relationships she has over the course of a decade, there are familial, romantic loves and friendships that evolve and endure. I play Darby’s best friend and roommate, I am a little bit lost and experience substance abuse issues; but Sara is the life of the party, she has a heart of gold and hopefully she is someone that people can root for.

What has been your personal experience with love relationships?

I don’t understand this idea of being with one person forever in a very specific way, I don’t know how to do that. So, I always feel like I’m trying to figure out how to be a good partner or whether or not I’m supposed to be in a relationship at all. It’s really hard to find examples of relationships that work the way you want them to work. So, it makes sense that movies and TV are constantly examining relationships, because they seem to be such a mystery to everyone.

In the Facebook Watch series Strangers, that you created with your best friend Mia Lidofsky, you explore the issues of a woman who is bi-sexual, bi-racial and bi-coastal. What ideas did you wish to express?

We were really interested in Isobel inhabiting the bi sphere. Although I identify as heterosexual, not as bisexual, I do understand what it’s like to have your feet in different places, and to constantly be “othered,” to be not enough of one thing, not enough of another thing. Mia is gay, and years ago, when we started Strangers, there didn’t seem to be any positive narratives about the bisexual experience. It was also the beginning of this really positive change of including more ethnically diverse faces and foregrounding them as the main character.  So, to center and highlight someone who exists in many different spheres was very important to us, because we hadn’t really seen it before. It was really meaningful to me not to just play the best friend, or the science nerd, or the foreigner. It was the first time that I was starring in and leading a production on that level, it was the most rewarding experience, and Strangers fans are the most loyal and grateful fan base. So, for me, it will always be the beginning of my work.

A few years ago, you moved from Los Angeles to New York. What prompted you to do that?

I followed Isobel; I mirrored her physical journey in Strangers. I knew that Mia always wanted to have the second season take place in New York, because we spent a lot of time in both places during our young adulthood. I had been living in LA for five years when I decided to move. For me I needed to return to my family and to the East Coast, which is really where I feel like my heart is and having access to New England has been really important to me. I didn’t realize how much I rely on the weather and the change of seasons. I have a lot of emotional response to the weather, and when it only exists at 75 to 85 degrees, it’s really hard for me to experience a range of emotions. I do love LA, and I have many dear friends from that period of time, but also, I had promised myself that I would live in New York at some point and if not now, when? So, I picked up and moved on my 31st birthday.

I am in New Hampshire in my nana’s house, living with my sister, surrounded by photos of my relatives and ancestors, and I’ve been reading my nana’s memoir, which has been really rewarding. My 90-year-old grandma is stuck in LA, unfortunately. So, I’ve been immersing myself in her history, and I have been reading this book by Cathy Park Hong called Minor Feelings: An Asian American Reckoning, which seems especially meaningful right now, because there’s a lot of anti-Asian sentiment that is surfacing during this time, and doing all this reading has kept me safe from the negativity that is out there. But I feel very proud to be Asian-American, and this is not the first or last time that we will experience prejudice.

How would you articulate your hopes for the future of the world and for yourself?

I am overwhelmingly grateful that we’re safe and sound, but it feels like there’s this collective heartbreak that the world is experiencing, for those who’ve passed, and also for those who are not supported during this crisis. So, it seems important to give to communities that are in need right now. For myself, I am really grateful to have been working a lot for the past three years, because when I was growing up I didn’t see faces like mine on the screen, while right now there are a lot more people of color in films and television, and that’s very exciting. 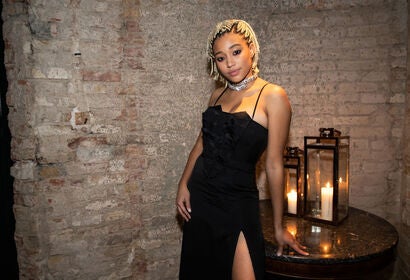