“I May Destroy You”: Q and A with Marouane Zotti

by Helen Hoehne October 26, 2020
Share on FacebookShare on TwitterShare on PinterestCopy URL 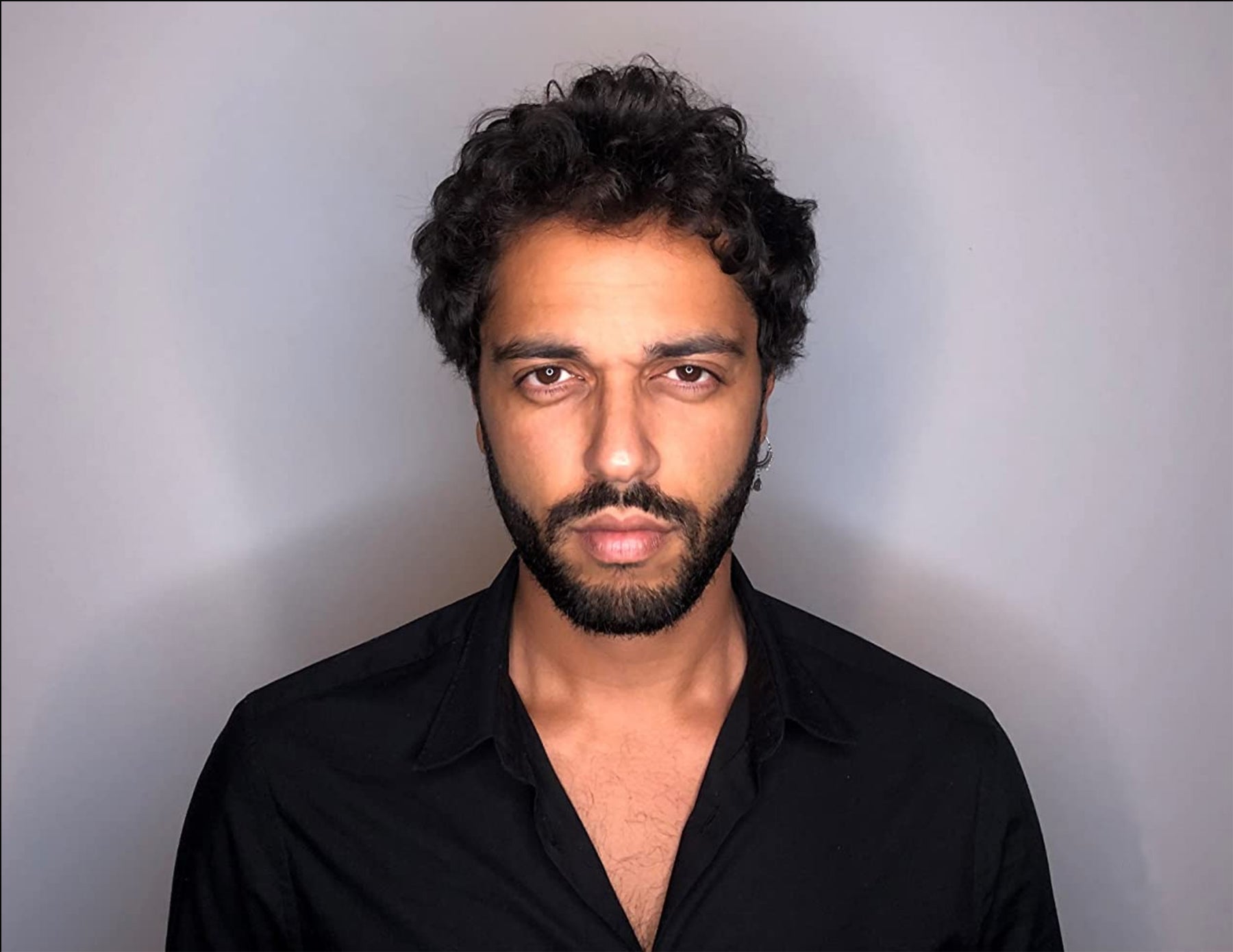 I May Destroy You is a ground-breaking drama series on HBO. The show was created by and stars Michaela Coel as Arabella Essiedu, a breakout writer who was sexually assaulted after having her drink spiked. Italian actor and newcomer Marouane Zotti plays Arabella’s love interest, Biagio, who despite being a big drug dealer encourages Arabella to step back from her partying lifestyle. We talked to the actor over Zoom in Milan, Italy. 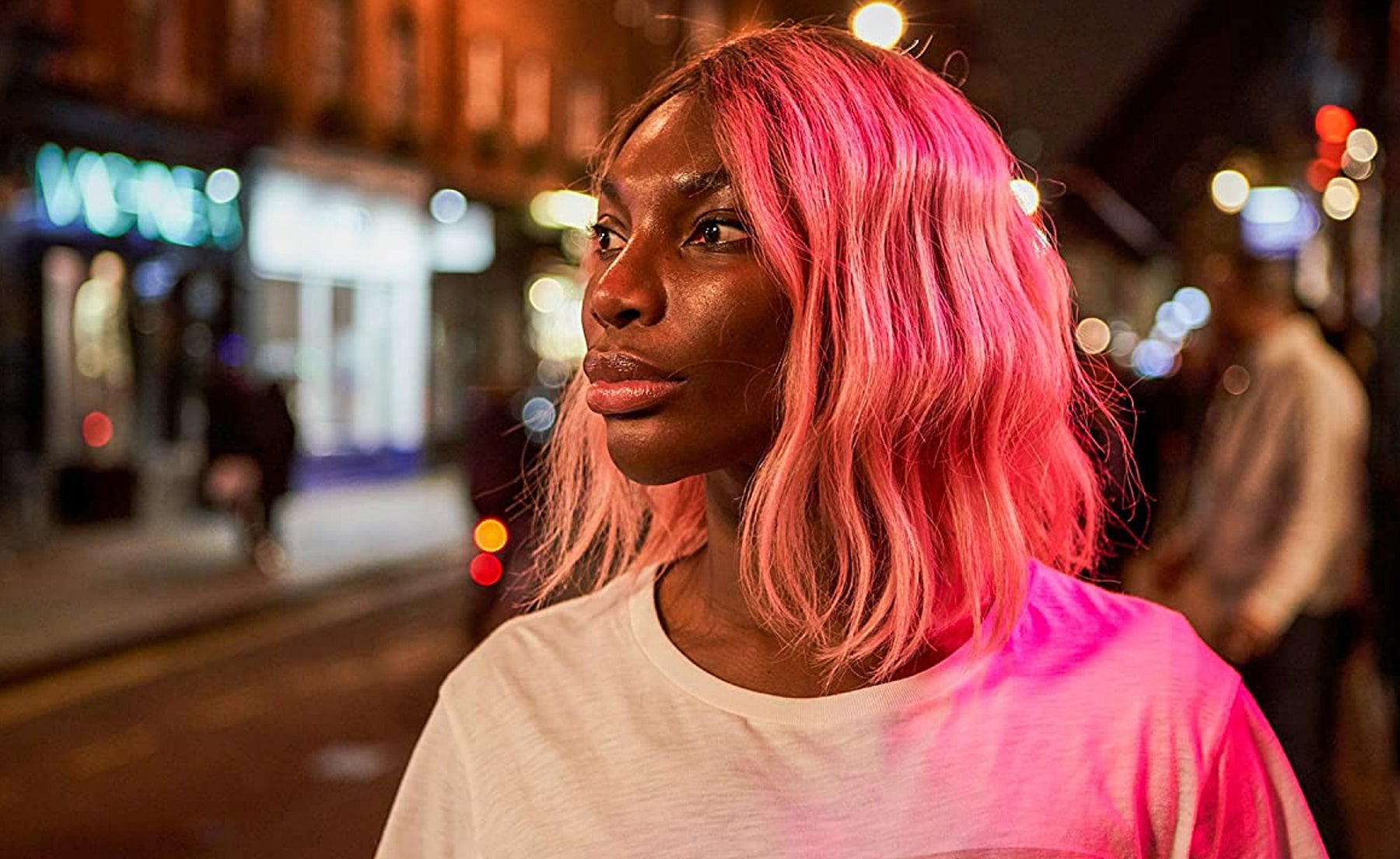 Did you know Michaela before this show and how did you get the role?

No, I had never heard of her, but when I looked her up after I got the audition, I realized that I had seen her in a really good episode of Black Mirror. I remember being impressed by her very strong and captivating portrayal. I auditioned for the role of Biagio five times, but the final audition was one of the most incredible experiences of my life. I was in a theatre/dance workshop in Italy when they called me to say that they wanted to see me for a final audition; they flew me from my house in Milan to London where I did my audition. I was nervous, but everyone there including the director, producer and Michaela put me at ease. Michaela welcomed me with open arms, she even immediately called me by name. When your name is Marouane, that isn’t such a given. It was immediately as if we had known each other for years and we formed a beautiful work relationship and lasting friendship.

How would you describe your character and what attracted you to him?

Biagio is a multidimensional character who is incredibly sensitive; every move he makes contains an unspoken action. He has a difficult past that forced him to make sacrifices before his time and makes him feel especially responsible for those select few who are important to him. He’s a criminal, but he is also a gentleman. He doesn’t deal drugs to become Tony Montana; he does it out of necessity. In Arabella, he sees a love that is true, honest and often raw. It’s interesting how their first encounter was already deeply intimate and without a filter; she was not only motivated by drugs but also by her free spirit, while he found himself in front of a girl who most likely reminded him of his mother and sister, both of whom he was unable to save from an overdose. It was a lovely surprise to hear from people who wrote to me to tell me how much they loved and admired the work I did on the character; they all loved and hated Biagio at the same time!

The series started a discussion about rape and sexual assault and may inspire some law change. What are your thoughts about that?

The writing is incredible. The fact that the show can touch upon so many difficult topics with such skill, using captivating tones and without weak language, is nothing short of miraculous. The show isn’t speaking to us as if it were condescendingly teaching us a lesson and it is this approachable tone that allows us to think about many aspects that we often underestimate, regarding not only carnal violence but every situation in which we are victims of violence or when we unknowingly exercise it on others. The show constantly forces the spectator to put themselves in someone else’s shoes. The assault was explained in a very intelligent way, by revealing all of its forms, especially those which are lesser-known, thus less discussed in politics. Today’s politics and society unfortunately aren’t always able to properly handle these delicate and complex subjects, as they are unable to keep up with the constant evolution of the internet and social media which seem to be accelerating our descent into total anarchy. I often think about the phenomenon of cyberbullying. Once upon a time, a child could transfer schools or even cities to start over after a bad experience. Nowadays, changing countries might not even be enough! It’s potentially devastating, especially during adolescence. From the series we learn that sexual assault doesn’t only happen to women; men are also victims and they also have an even harder time reporting assault because of prejudices that are still very much in existence today. Because of these same prejudices sometimes people look at the victim for the reasons that provoked the violence: victims should never share the blame with their abusers. For example, hearing that a rape victim “was asking for it” because of the way she was dressed is unacceptable. Many people criticized the way that Biagio, after finding out about Arabella’s rape, yelled at her about putting her drink down instead of comforting her. This made me very proud because it made me realize that the story encouraged people to defend the victim.

Growing up in Italy, had you always wanted to become an actor?

I grew up in Venice, my dad’s home city, but I was born in my mother’s hometown in Morocco. I think that I was meant to entertain; it has always brought me joy. As a young boy, I went to school to make my classmates laugh. I didn’t care about homework, but I did care about making sure my whole class had fun. The jackpot was when the professors joined in on the fun when they couldn’t stop laughing! At home, I loved watching films and I hoped that one day I would be a part of those fantastic worlds and have fantastic adventures! That is exactly what happened. I was walking with my mom at around seven years old and I was picked for a small role in a major film: The English Patient. Few people know, but they filmed a few scenes at The Lido of Venice. The Hotel Des Bains served as a hotel in an Arabic country, and they picked me and two other children to play homeless children who begged a rich man in a car for money. I remember that they covered us in brown powder and constantly ripped our costumes which made us laugh. Above all, I remember the amazing sandwiches they gave us after every good take. I thought that in order to constantly eat great sandwiches, I would have to be a good actor!

Who inspired you to become an actor?

Even as a child I loved the cinema. I would pretend that I was playing the part of one of my beloved actors: Johnny Depp, Will Smith, John Travolta, Al Pacino, Jack Nicholson, Sylvester Stallone, Macaulay Culkin, Jim Carrey, Eddie Murphy, Tom Hanks, Robin Williams. These and many others were my favorite playmates. As an adult, I decided to play for real. I applied to a lot of schools to see if I deserved to play this game and I was accepted to Italy’s most important theatre school: Il Piccolo di Milano. For three intense years, I learned that this is a job that takes talent, but above all hard work and discipline.

Where do you live now and what does your life look like during the pandemic?

I live in Italy at the moment. I live between Venice, Milan and Rome but I hope to be able to return to London and the United States as soon as this pandemic permits. During the lockdown I spent a lot of time thinking about what we were going through, I think being forced to stop caused us to reevaluate what is truly important. The possibility of seeing our relatives and friends, of being able to hug, of appreciation for certain workers … especially those that care for us, feed us and provide us with other essential services. They are called essential but before this lockdown, we never realized how essential they are. Personally, I became involved with the fight to protect those who work in theatre. I was lucky enough to be able to work from home as the voiceover work that was originally supposed to be done in London was moved to my bedroom! In such a difficult moment, it was great to be able to see and work with Michaela Coel and Sam Miller every week on Zoom. Truly a precious moment!

Any other hobbies or other interests besides acting?

I’m a person who is always looking to learn. I love to read, I read everything that I see. Everything from classics to research on astronomy to sports articles. I like learning about world politics and generally researching things I don’t know anything about. During the lockdown, I started writing again and I hope to create new projects. I relax by cooking while listening to opera. I love mastering traditional Italian recipes and experimenting with new ones; for me, cooking is an art form. I love good food and good company.

I don’t think it’s right to try to recreate someone else’s career. I get inspired by peoples’ souls, by their struggles, by the words of those who fight for the world to be a better place where everyone can live free from injustice. Martin Luther King once said something that really touches me in one of his speeches. I often repeat it to myself during my darkest times: “If you can’t be a pine at the top of the hill, be a shrub in the valley. But be the best little shrub on the side of the hill. Be a bush if you can’t be a tree. If you can’t be a highway, just be a trail. If you can’t be a sun, be a star. For it isn’t by size that you win or fail. Be the best of whatever you are”.

What’s next for you?

I have a lot of cool things coming up, but I can’t say anything yet … also because in Italy we think it’s bad luck to speak of things before they happen!