by Kirpi Uimonen Ballesteros November 7, 2018
Share on FacebookShare on TwitterShare on PinterestCopy URL 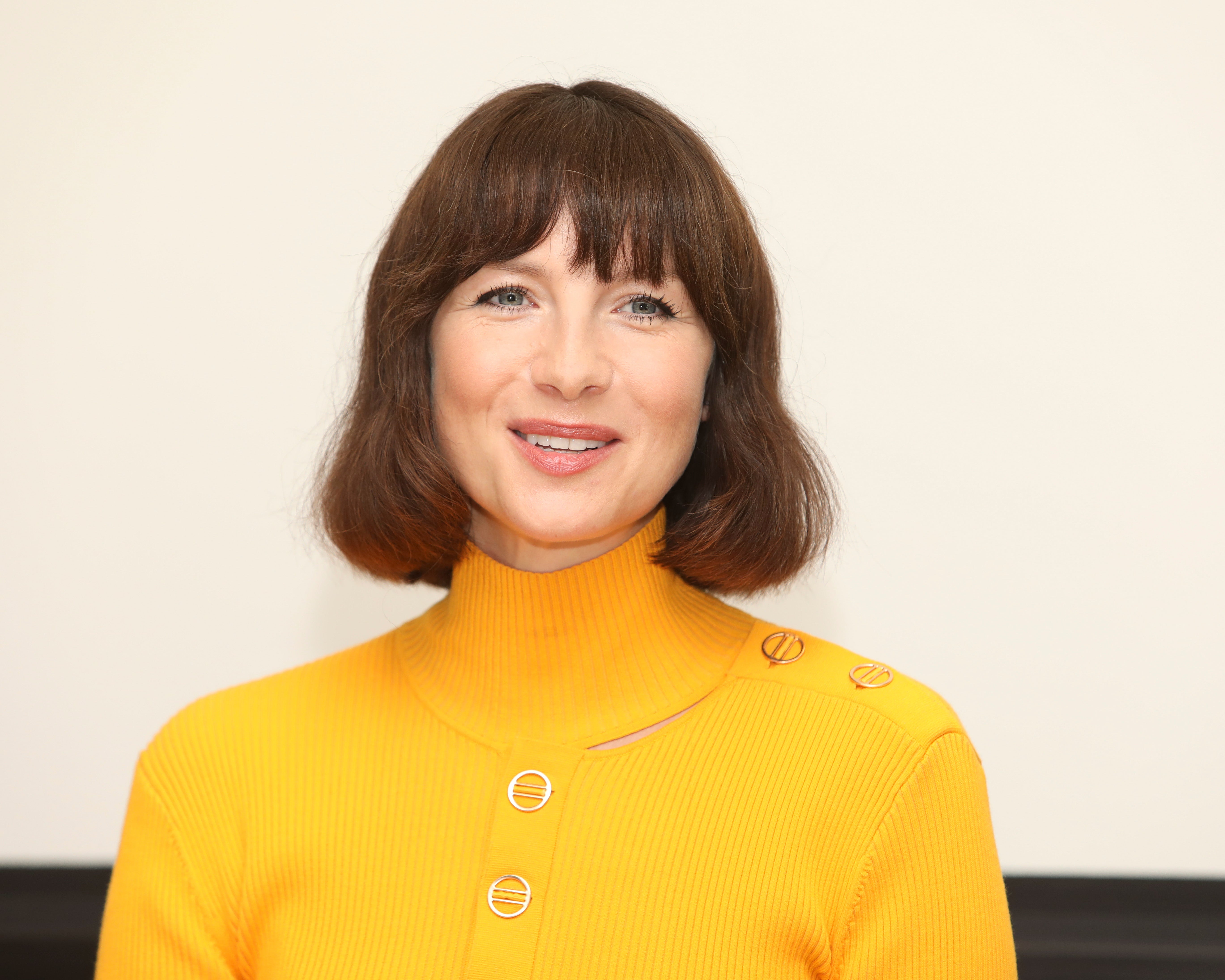 Outlander leading lady Claire is a strong character but Caitriona Balfe has learned softness and sweetness from her. “I can be very cynical but I've learned to appreciate romantic side of life a bit better,” she tells HFPA journalist Margaret Gardiner.

Irish-born Balfe has been nominated three times for the Golden Globe for Outlander.  This week the show entered its fourth season: Claire and Jamie building their life together in the United States. “I think this season, especially the price that Claire paid last season for coming back to the past, leaving Brianna behind and there was so much, will they be able to solidify this relationship again?  It was so great about starting the season without those insecurities.  Jamie and Claire are in such a solid place. This season is about home and obviously, it takes a little time, but once they find that place, it's so lovely to watch them build this home together and build this community and create this family.

Outlander is based on Diana Gabaldon’s historical time-travel book series that tells the story of a nurse from the 1940s who is transported to 18th century Scotland in its first season.  She later returns – pregnant – back to the future but goes back in time again to find her true love - Jamie.  Now they are reunited and the question is, will they have more kids? “She's a little old for any new ones, but you never know who might come back into the fold.  This season they have to learn how to be parents in a way that they haven't before, separately and together.  For me it was really nice to sort of investigate this nurturing side of Claire that we never really got to show before.  We place so much emphasis on the fact that she's this strong woman and she was career driven and yes, that is very important and it's very important to show that, but it's equally as valuable and it's equally as important to know that we are nurturers and that home and love and motherhood is also important.”

Balfe grew up in a big family. “If you asked any of my family, my entire childhood was annoying them running around the house doing impressions or making up little plays.” Then she got involved in youth theater. “Throughout my whole school, I always did the school plays.  And when I was finishing school, much to my parents' dismay, I decided to go study theater in college in Dublin and I loved it and it was always what I wanted to do.”

After a year of college she got a proposal: do you want to move to Paris and model for a bit? “I think looking back in hindsight, it was such a great thing because I think you need so much life experience and maturity to be an actor, at least I do.  So, I went off and I worked in the fashion industry for about a decade.”

At one point she realized it wasn't something she wanted to do. “I wasn't living my dream.  You have those moments in your life where you know that if you don't make a change now, you never will. I was living in New York, I started taking a few classes in New York to see if acting was still something I loved and it was.”

And then she moved to Los Angeles.  “I knew one person.  I'd read a Vanity Fair article where Amy Adams talked about her acting coach and her acting teacher and I looked that person up and their classes were very close to where I was staying.  I started taking classes there and slowly over time classes turned into jobs and somewhere along the way I got Outlander and that changed my life completely.”

Listen to the podcast and hear how being one of a seven kids shaped her life; what it meant to be a police officer’s kid; what is the misconception about people who were models; how her accent changed through the years; what she learned from actors like Emily Blunt, Anne Hathaway, Sylvester Stallone, Arnold Schwarzenegger, and Michael Caine; why she panicked before her first chemistry test with Sam Heughan; how they became friends; how she feels about nudity on Outlander; what it has been like working in multiple locations; what was it like working with Jodie Foster in Money Monster; why she chose to wear black at the 2018 Golden Globes; what the #MeToo campaign means to her; how it is shooting Ford vs. Ferrari with Matt Damon and Christian Bale and what kind of car she drives; who encouraged her to run a marathon; and how she got involved with the World Child Cancer organization.