A Taste of Italian Cinema at IIC

by Elisa Leonelli September 28, 2018
Share on FacebookShare on TwitterShare on PinterestCopy URL 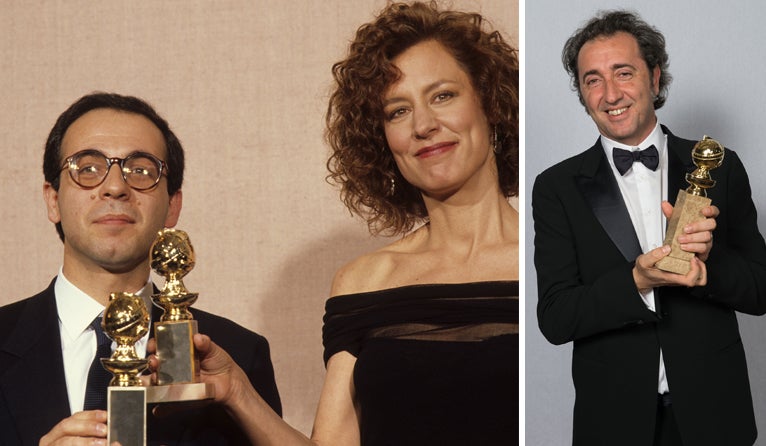 Italian cinema – like Italian culture – reflects an unparalleled love of food. That is the inspiration for a series of talks which will emphasize the relationship.

A series at the IIC (Istituto Italiano di Cultura) will discuss six contemporary Italian film directors in relation to their Italian region of origin and will be accompanied by tastings of traditional dishes and wines from those regions as depicted in some of their films.

The curator of this cultural program is Valentino Misino, a filmmaker currently studying for a Master in film production at USC’s School of Cinematic Arts, director of the documentary on Pier Paolo Pasolini, Pasolini motore!. He hopes to offer “a taste of new Italian Cinema accompanied by food, the two specificities of Italian culture in the world, to help American audiences in the capital city of cinema discover a new generation of filmmakers: Giuseppe Tornatore, Paolo Virzí, Ferzan Özpetek, Paolo Sorrentino, Matteo Garrone, Luca Guadagnino – the ‘children’ of Pasolini, Antonioni and Fellini, who have written the language of cinema.” It seems like a good selection. Standing on the shoulders of directors like Roberto Rossellini, Luchino Visconti, Michelangelo Antonioni, and many others, these six auteurs continue the best tradition of Italian cinema.

Giuseppe Tornatore’s Cinema Paradiso (1988), winner of a Golden Globe for Best Foreign Film, is a nostalgic look at the filmmaker’s love of movies, which began during his childhood in his small town of Bagheria, near Palermo. He directed Malena (2000) and Baaría (2009) both set in Sicily, and both nominated for Golden Globes as Best Foreign Films.

Paolo Sorrentino was born in Naples but lives in Rome, the city which is itself a character in his La grande bellezza (The Great Beauty, 2013), winner of a Golden Globe as Best Foreign Film. That film has been compared to Fellini’s La dolce vita (1960). In Il Divo (2008), actor Tony Servillo plays corrupt politician Giulio Andreotti.  Youth (2015), made in English, stars Michael Caine and Harvey Keitel, received two Golden Globe nominations, for Best song and Supporting actress Jane Fonda.

Matteo Garrone was born is Rome but often sets his films in Naples. His Gomorra (Gomorrah, 2008), from the book by Roberto Saviano is about the criminal organization Camorra, based in the city and the Campania region. It was nominated for a Golden Globe as Best Foreign Film. His latest movie, Dogman (2018) which premiered in Cannes was chosen to represent Italy at the Oscars and will qualify for the Golden Globes.

In true Italian style, each talk will be followed by a fun social event, where specialties from each region – Lazio, Lombardia, Puglia, Sicilia, Campania, Toscana – will be served accompanied by local wines.

Per event fee $65. Register a week before at <events.iicla@esteri.it>