by Lorenzo Soria November 4, 2019
Share on FacebookShare on TwitterShare on PinterestCopy URL 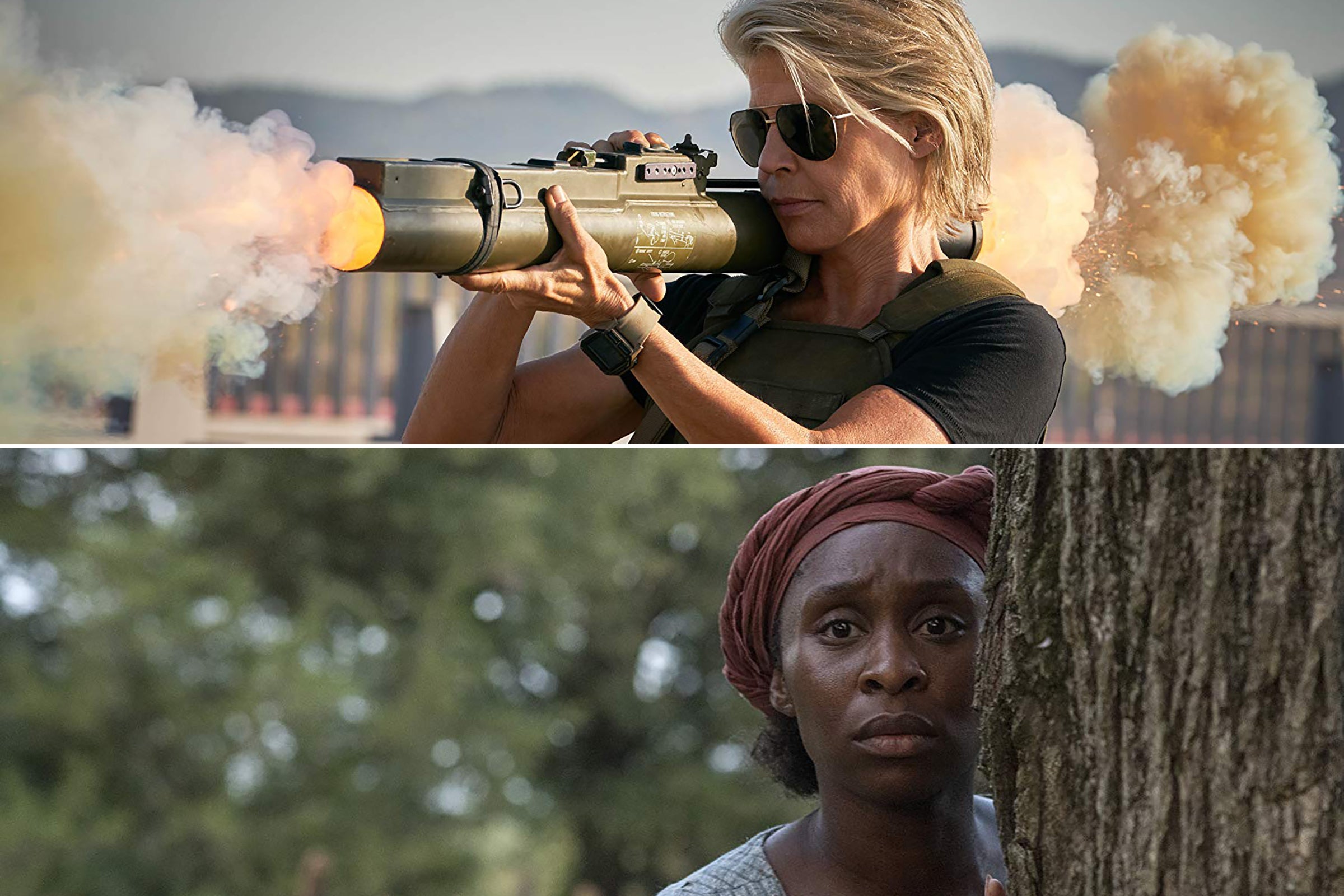 World number one Terminator: Dark Fate got off to a difficult start and risks living up to its title after both global and domestic earnings fell well short of projections. Early numbers had T: DF coming at an already rather low $40 million domestic, but receipt tallies showed as soon as Friday that it would miss that target. $29 million was all Paramount was able to find in its US launch. This entry, produced by series creator James Cameron and helmed by Deadpool director Tim Tiller, sees Arnold Schwarzenegger and Linda Hamilton return to the screen together 35 years after the release of the groundbreaking original Terminator in 1984. Schwarzenegger again plays the hero, who together with Hamilton and newcomer Natalia Reyes has to fight off a frighteningly advanced killer robot (played by Gabriel Luna) from a time even farther in the future than the liquid metal menace in Terminator 2.

T: DF opened 1st in 23 markets overseas, though key territories didn’t deliver enough to make up for its domestic shortcomings. Global sales totaled $72.9 million this weekend and brought its foreign tally to $94.6 million after a handful of early European openings last week. China, which opened on Friday through Tencent Pictures, is its biggest territory so far but at a mild $28 million. Disney, who’s handling the rest of its non-US distribution through Fox International, had its biggest return in South Korea at $9.8 million. The UK was behind that with $6.9 million followed by Russia at $4.2 million. T: DF earned a respectable B+ Cinemascore and has had above-average reviews but these didn’t do enough to help it take advantage of a prime, wide-open release window.

The biggest newcomer to the US box office was Universal’s Focus Features-labeled Harriet, a historical action movie about Harriet Tubman who founded the Underground Railroad network that helped escaped slaves reach the North in the 1800s. Cynthia Erivo plays the title character. It opened in third with $12 million at home. This is against a budget of $17 million but it’s rare A+ Cinemascore rating from audiences should help it stay on steady enough legs to move into the black.

Edward Norton’s Motherless Brooklyn also opened in the US this frame and took in $3.6 million and ninth place from a semi-wide release in 1,342 theaters. Norton directed this picture and stars as a New York detective with Tourette syndrome who tries to find the culprit behind the mysterious killing of his mentor (played by Bruce Willis). Alec Baldwin, Willem Dafoe, Leslie Mann, and Gugu Mbatha-Raw also star. Warner Bros. took a sizable risk on this film, spending $26 million on a mature, original concept.

Meanwhile, Netflix took an even greater risk with Martin Scorsese’s The Irishman, a project the esteemed director had been trying to make for decades that focuses on the mafia dealings with the Teamsters union and the fate of controversial labor leader Jimmy Hoffa. It has an all-star mob movie cast of Robert De Niro, Al Pacino, and Joe Pesci, as well as Harvey Keitel, Bobby Cannavale, Anna Paquin, and Ray Romano. Netflix is reported to have spent $150 million in this movie, making it their most expensive production (in film or for a single season of television) to date, all of it a gambit to gain prestige and recognition as the streaming wars are about to get more intense. It’s currently in eighth place with showings in New York and Los Angeles theaters, but Netflix isn’t releasing information on ticket sales.