Ready for My deMille: Profiles in Excellence - Samuel Goldwyn, 1973

by Philip Berk August 31, 2020
Share on FacebookShare on TwitterShare on PinterestCopy URL 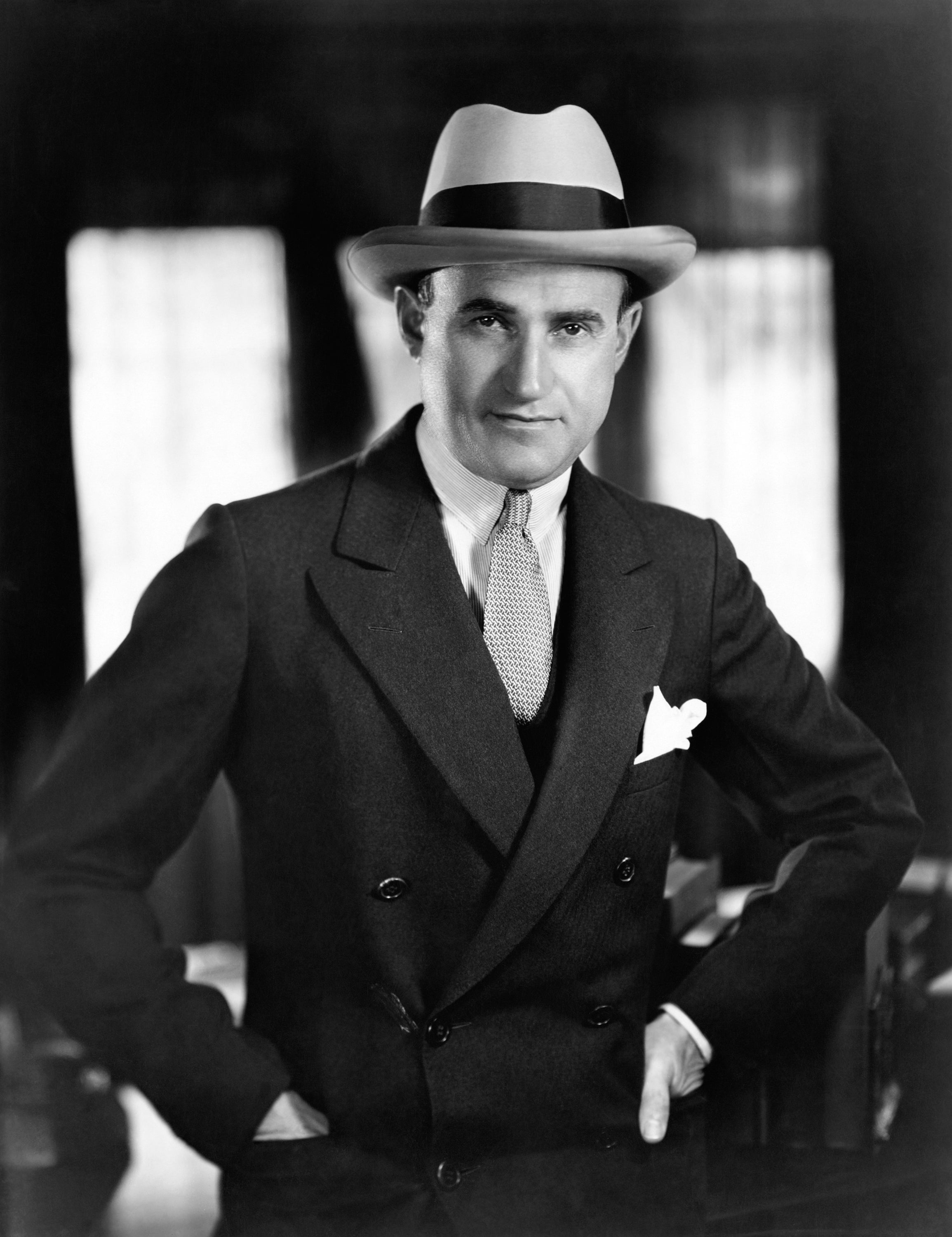 Unlike all other Hollywood moguls, Samuel Goldwyn was not just a studio, he actually produced his films, each and every one of them, and he did it successfully for sixty years. But unlike Walt Disney, he used his own money to build his reputation, and in fact, when he died at the ripe age of 94 he was worth over $50 million.

“The Goldwyn Touch,” was acknowledged by all, but what did that reputation represent? A producer who discovered talent and knew how to use them. A man of not only exquisite tastes but an eclectic executive who went from Eddie Cantor comedies to Wuthering Heights, from Danny Kaye to The Best Years of Our Lives, and from Guys and Dolls to Porgy and Bess. And he did it all by himself.

Born to a Jewish peddler In Warsaw Poland, he arrived in this country penniless, but persevered in the glove trade, and eventually joined up with two other visionaries who formed a film company that hit pay dirt with The Squaw Man, the two others being Cecil B. deMille and Jesse Lasky. That success ultimately evolved into Paramount Pictures, but Goldwyn was more interested in heading his own studio, and in 1916 he formed Goldwyn Pictures which merged into MGM, the G bearing his name even though by 1924 he was on his own again, establishing Samuel Goldwyn Productions which earned the respect of the industry for over fifty years. Before he died, he willed his studio property to the Motion Picture Fund, an unprecedented donation estimated at that time to be worth over $30 million.

And what a legacy he left behind. He had under contract most of Hollywood greatest names including directors William Wyler, cinematographer Gregg Toland, writers Ben Hecht, Sydney Howard, Dorothy Parker, and actors Gary Cooper, Ronald Colman, David Niven, Merle Oberon, and Danny Kaye.

Among his most acclaimed movies, Arrowsmith and The Hurricane both directed by John Ford, Stella Dallas directed by King Vidor, and These Three, Dodsworth, Dead End, The Little Foxes, and Wuthering Heights, the latter five all directed by William Wyler, his most frequent collaborator. From 1939, he had an unequaled run of great movies, starting with Wuthering Heights followed by The Westerner, The Little Foxes, Ball of Fire, Pride of the Yankees, three Danny Kaye classics, culminating in his greatest achievement, The Best Years of Our Lives, which won every award it was eligible for that year including the Golden Globe.

His later films never equaled that success but The Secret Life of Walter Mitty, The Bishop’s Wife, and Hans Christian Anderson are still among his most requested titles. By the 1950s he had slowed down, but there were still two projects he had in him, and at great personal expense he mounted film versions of two acknowledged masterpieces, Frank Loesser’s Guys and Dolls and Gershwin’s operatic Porgy and Bess. Neither was well received when first exhibited; however Guys and Dolls is an essential translation of a Broadway classic, enhanced by Goldwyn’s inspired casting of Marlon Brando in a singing role. Porgy and Bess, equally faithful to the original, had its share of problems even before Black Lives Matters forced Hollywood to clean up its act, and unfortunately, because the rights have reverted to the Gershwin estate, it now remains in limbo.

During his lifetime Goldwyn was often made fun of because of his malapropisms ("Include me out.”) but our 22nd Cecil B. deMille honoree will always be remembered for his decade run of classic movies, which incidentally were all made in Hollywood. 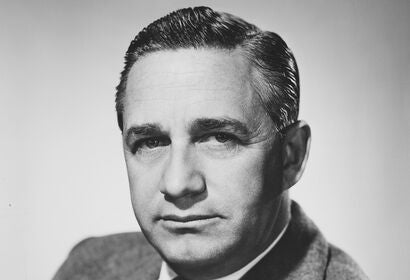 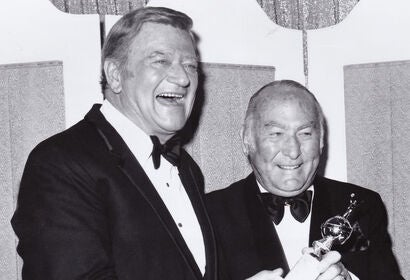 Cecil B. deMille
Ready for My deMille: Profiles in Excellence - Hal B. Wallis, 1975
Read More 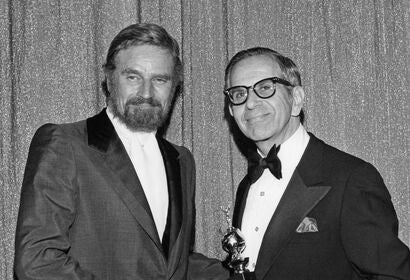