Ready for My deMille: Profiles in Excellence - Jack L. Warner, 1956

by Philip Berk August 24, 2020
Share on FacebookShare on TwitterShare on PinterestCopy URL 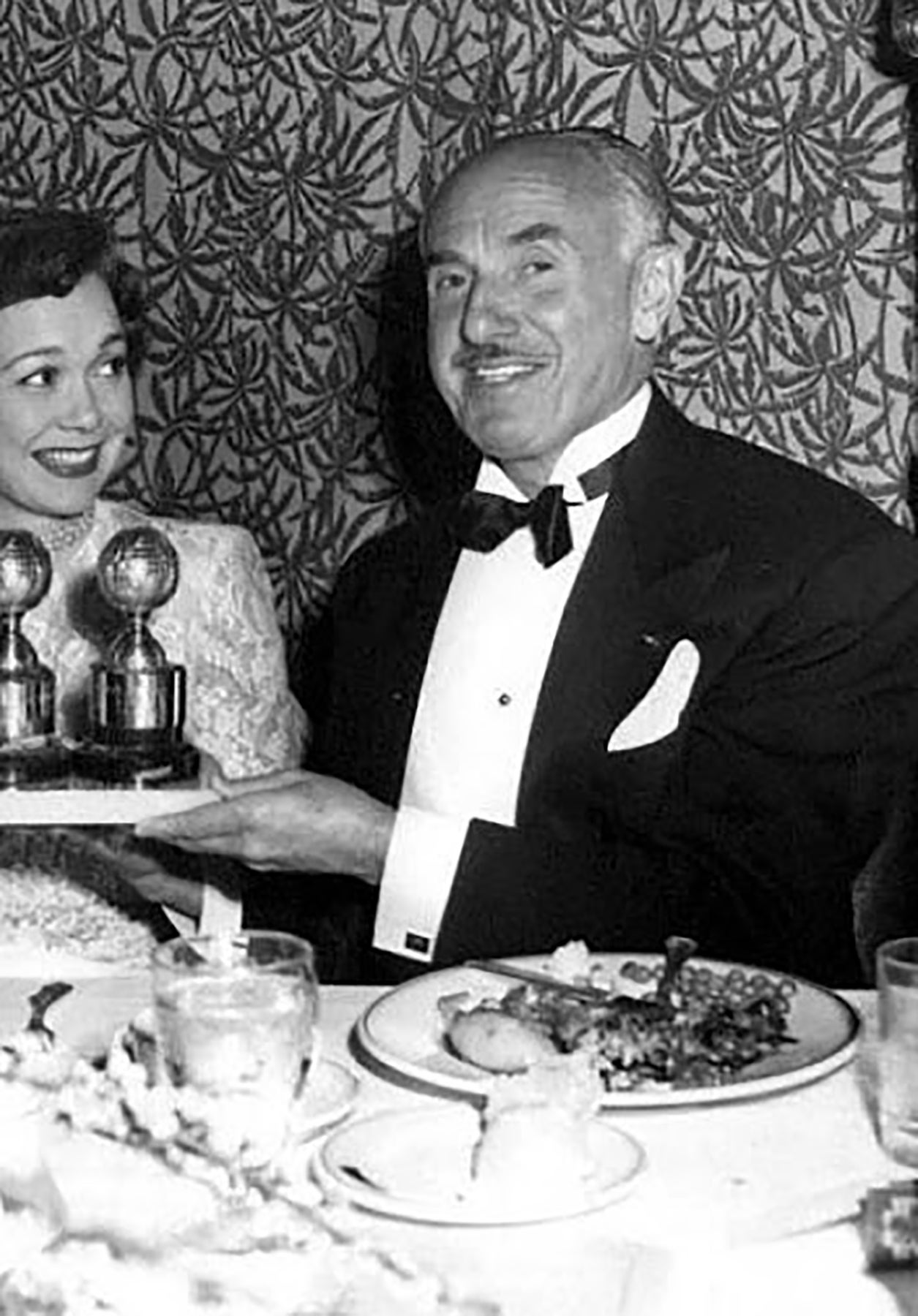 Arguably, the most colorful studio head of them all, Jack Warner relished his title of “Jack. L Warner in charge of production,” and was a force in Hollywood for forty years. That title graced every Warner Brothers film for 40 of those years and even though he shared ownership with his three brothers, he is the one who steered the industry's first talking picture, The Jazz Singer, which of course revolutionized the industry,

During his tenure, he was the one who signed Warner Bros' top stars to long-term contracts. He promoted the hard-edged social dramas for which the studio became known. He alone openly opposed European fascism and criticized Nazi Germany well before America's involvement in World War II, the other studios eager to hang on to their revenues. Later, as an outspoken opponent of communism, regrettably, he appeared as a friendly witness before the House Un-American Activities Committee, voluntarily naming screenwriters who had been fired as suspected communists or sympathizers.

Our fourth Cecil B. deMille honoree, however, is best remembered for his unchallenged leadership during the ‘30s, Hollywood’s Golden era, which famously led to acrimony, most notably when the accepted the Oscar for Casablanca much to the chagrin of his producer Hal B. Wallis, who as a result departed the studio. And even though Wallis had a successful run at Paramount he never achieved the greatness he had when Jack was in charge of production.

Originally the four Warner brothers were film exhibitors on the East coast, and only when Jack was sent to Los Angeles in 1917 did they think about establishing a studio. Their first success happened six years later when Jack discovered a trained German Shepherd named Rin Tin Tin. The canine made his debut in Where the North Begins, and soon became the studio's most important property. When Jack hired Screenwriter Darryl F. Zanuck to write for Rin Tin Tin, he soon became Jack’s right-hand man and executive producer.

Although it was his brothers who pioneered the Vitaphone technology for the first feature-length talking picture, it was Jack’s production know-how that came up with The Jazz Singer, which revolutionized the industry and enabled Warner Bros to join the ranks of the five major studios. And it was his genius that allowed the studio to emerge relatively unscathed from the Wall Street Crash of 1929, thanks to the broad range of film genres he pioneered, including “the backstage musical," “the crusading biopic," “the swashbuckler," and “the women's picture."

Three years later when the studio merged with First National Pictures, Zanuck believed he was entitled to a partnership, but the brothers disagreed, and he left the studio and embarked on his own illustrious career. The studio nevertheless flourished without him and went on for the next decade to produce more classic and cherished movies than any of the other studios. Starting with hard-hitting social dramas such as Little Caesar, The Public Enemy, and I Am a Fugitive from a Chain Gang, which the public loved. Jack built up his studio roster, and even though MGM could boast they had more stars than in the firmament, Warner’s had James Cagney, Bette Davis, Edward G. Robinson, John Garfield, and Humphrey Bogart, who have all stood the test of time.

Starting in 1917, the studio produced hundreds of forgotten potboilers; it was only when the occasional sound was added to Don Juan followed by The Jazz Singer and its first all talkie Lights of New York, that the studio hit its stride. The next year, The Singing Fool, again with Al Jolson, became its first blockbuster. Before that, they had their one and only Oscar Best Picture nominee, Disraeli, which made a star of English stage actor George Arliss. A year later Little Caesar did the same for Robinson and its success ushered in a decade of gangster films only Warner Bros knew how to make. I Am a Fugitive followed a year later, and Muni was now their new star.

1933 was a big year for them. 42nd Street ushered in the backstage musical allowing Busby Berkley to weave his magic. It was followed in subsequent years by Footlight Parade, Dames, Gold Diggers of 1936* which established the Warner Bros musical as a unique genre.

In 1935 the studio went artsy when Max Reinhardt was invited to make A Midsummer’s Night Dream* with, of all people, Joe E. Brown and Mickey Rooney.

Bette Davis won an Oscar for Dangerous and became queen of the lot. And Captain Blood* introduced swashbuckling Errol Flynn who remained a star for all seven years of his contract. The Story of Louis Pasteur* was a Best Picture Oscar nominee the following year as was Anthony Adverse*. But it was The Charge of the Light Brigade directed by studio warhorse Michael Curtiz that made the money. Finally, in 1937 The Life of Emile Zola won Jack his first Oscar for Best Picture. It was another triumph for Muni. That same year They Won’t Forget introduced Lana Turner to the screen, but the studio dropped the ball when they allowed MGM to sign her. The next year’s Jezebel* won Davis her second Oscar, and Flynn’s Adventures of Robin Hood* was the big box office winner. Also nominated that year, Four Daughters* introduced John Garfield. Not nominated, as usual, was another of Cagney’s box office hits, Angels with Dirty Faces.

1939’s Davis’s Dark Victory* began her long string of memorable women’s pictures, which repeated viewings today cannot diminish. It was, however, their only Oscar nominee, even though they also had Juarez, Confessions of a Nazi Spy, The Old Maid, and The Private Life of Elizabeth and Essex.

A new decade ushered in even more impressive movies. Dr. Ehrlich’s Magic Bullet, All This and Heaven Too*, They Drive by Night, Knute Rockne All American, A Dispatch from Reuters, and The Letter, all 1940 releases.1941 Cagney’s The Strawberry Blonde made a star of Ann Sheridan. The studio also produced The Sea Wolf, Frank Capra’s Meet John Doe, Sergeant York*, The Maltese Falcon*, and One Foot in Heaven*, the latter three all Best Picture Oscar nominees that year.

1942 began with The Man Who Came to Dinner and The Male Animal, two Broadway classic comedies successfully translated to the screen, followed by Kings Row*, which made a star of future US president Ronald Reagan. Bette Davis also had one of her best roles in Now Voyager and Yankee Doodle Dandy* gave Cagney his greatest role. But the year was capped by Casablanca, which won the Best Picture Oscar and is arguably one of the five greatest films of all time. Sadly, it also spelled the end of the Hal Wallis era. The studio felt his loss the next year and only Watch on the Rhine* stood out among its releases, which was far less in number than in previous years.

1944 also had only one classic To Have and Have Not, but the studio was churning out box office hits that kept Warner’s solvent. Wallis’ replacements (Jerry Wald and Henry Blanke) finally hit their stride in 1945 with Rhapsody in Blue and Mildred Pierce*, the latter Oscar-nominated as Best Picture, made Joan Crawford the new queen of the lot.

1946 gave us The Big Sleep with Bogart at his best, the noir classic Pursued and the years biggest moneymaker Life with Father, the umpteenth Michael Curtiz directed hit. No one made more money for the studio than Curtiz. Finally, in 1947 the studio had their best artistic year since Casablanca, which started with The Treasure of the Sierra Madre* and ended with Johnny Belinda*, both Golden Globe nominees. It was Jack’s night at the Golden Globes when he accepted the Best Picture award for both movies.

Following that triumph, the studio took a hit, as did all the other majors. The Supreme Court consent decree had forced the sale of studio owned theater chains and declining attendance impacted their revenues. As a result, the quality of their product suffered. Luckily, Warner was one of the first to move into TV production, more successfully than the others, but still, for Warner Bros., the 1950s was not their best decade. The only noteworthy films they produced were The Breaking Point in 1950, Strangers on a Train in 1951, Dial M for Murder in 1954, East of Eden* in 1956 (Golden Globe Best Motion Picture Drama winner) and Rebel Without a Cause in 1957, A Face in the Crowd, The Pajama Game, and The Prince and the Showgirl in 1957, Auntie Mame* (Golden Globe Best Musical or Comedy winner) in 1958, Rio Bravo, and The Nun’s Story* (Best Motion Picture Drama Golden Globe) in 1959. But leading the pack were three all-time classics: Kazan’s A Streetcar Named Desire*, George Stevens’ Giant*, and George Cukor’s A Star is Born*.

By 1960 Jack was already thinking about retiring but not before he greenlit some of the most significant films of the decade including My Fair Lady*, which he personally produced and which rightfully won both the Oscar and Golden Globe as Best Picture. He also championed the groundbreaking Who’s Afraid of Virginia Woolf*, less enthusiastically Warren Beatty’s game-changer Bonnie and Clyde, and finally his last hurrah, 1776, which he made for Columbia when Warner’s passed on it.

He died in 1978 at the age of 86, the longest-reigning studio head and perhaps the most adventurous. Henry Blanke, one of his producers, paid him this fitting tribute “Jack was a wonderful executive. I'd tell him a story in three words, and he'd say yes, or no. Jack Warner was a genius, and his philosophy kept our egos down and made Warner Bros. rich. Jack was tough so we were tough as a studio. The only theory we followed was that the characters had to talk like real people. Because of Jack, we were the only realistic studio during the ‘30s and ‘40s."

*Nominated for the Best Picture Oscar 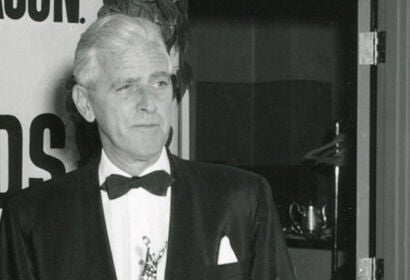 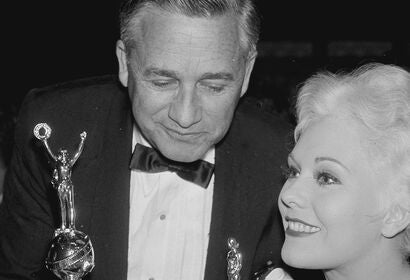